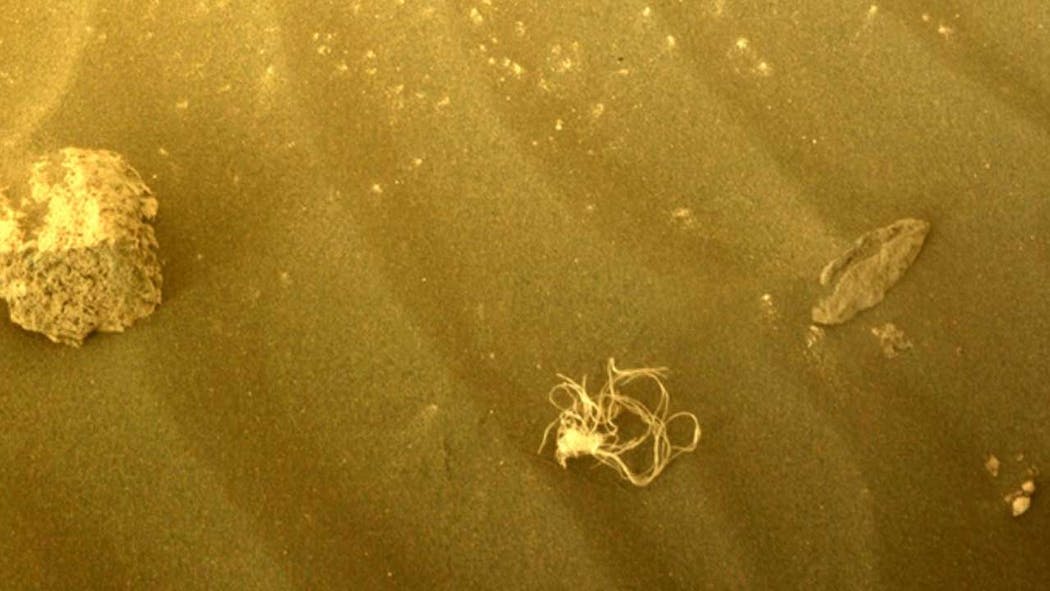 NASA's Perseverance rover has captured a mysterious, stringlike material on the surface of Mars. Turns out – it was likely just trash discarded there by the rover itself.

In a blog post last week by the space agency, scientists said that when the rover originally landed on Mars in February 2021, hardware known as Entry, Descent and Landing (EDL) was discarded onto the planet's surface.

Now, NASA is seeing that debris from imagery in the Hogwallow Flats region of the Red Planet. Scientists suspect the tangled object, and most of the other material pictured, is likely pieces of shredded Dacron netting from the Perseverance. 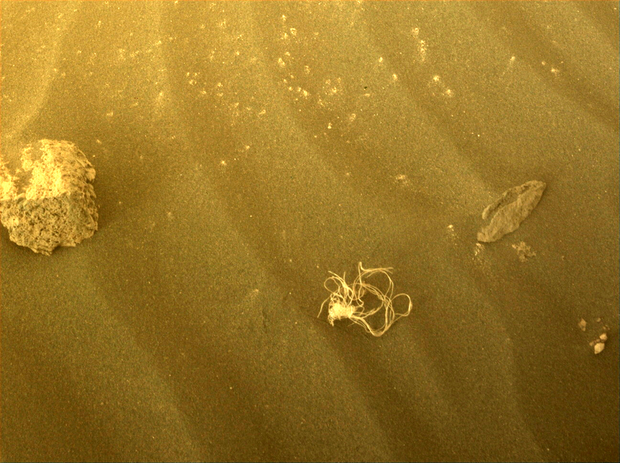 Dacron is classified as polyester fiber known for its durability, consistency and quality, the blog explains.

"This particular piece of netting appears to have undergone significant unraveling/shredding, suggesting that it was subjected to strong forces," Maki wrote. "Perseverance team members are reviewing images of the debris, checking to see if the material may pose as a potential contamination source for the sample tubes from this area."

The blog notes that engineers have also considered the possibility that EDL debris might be a source of entanglement risk to the rover, but have concluded that such a risk is low.

"As Perseverance continues to collect samples for eventual return to Earth, the Perseverance imaging teams will continue to review images of the terrain for possible sources of EDL debris," Maki wrote.