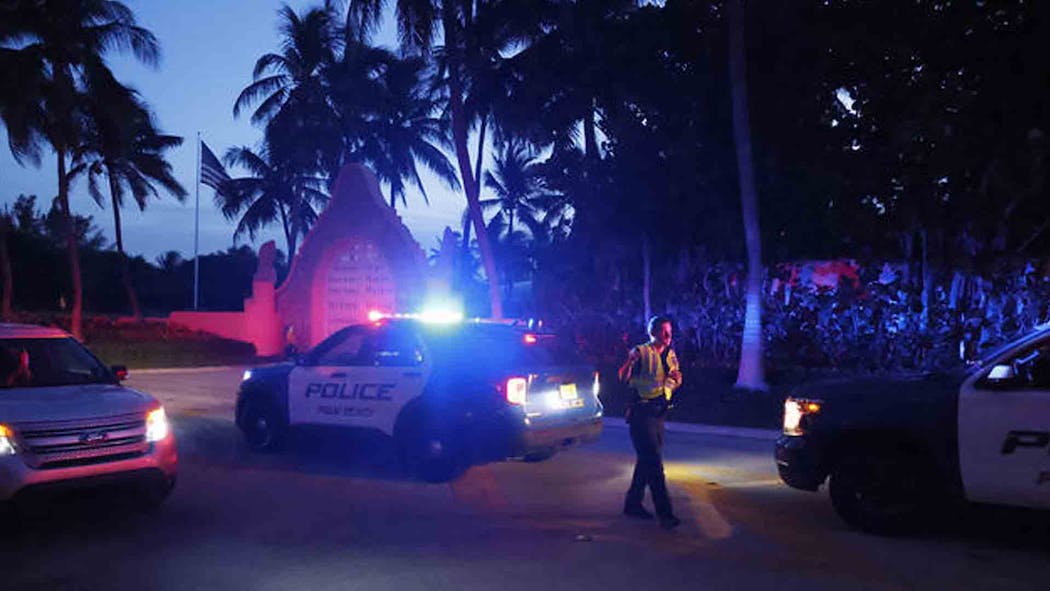 Former President Donald Trump's legal team is weighing whether to release the search warrant and inventory of material seized at Mar-a-Lago before a federal judge rules on the matter, according to a Florida-based attorney for Trump, Lindsey Halligan.

Earlier Thursday, Attorney General Merrick Garland announced that the Justice Department had filed a motion to unseal the warrant and related documents, "absent objection from the former president." Trump has until 3 p.m. Friday to respond.

His legal team is also discussing whether to release video and photos of the search, Halligan said. Two sources familiar with Trump's legal strategy said that before FBI agents executed the warrant, they asked that Mar-a-Lago's private security cameras be turned off. Trump's team refused to comply.

The U.S. Secret Service, which maintains a permanent presence at the former president's home, was not a party to the dispute over the cameras because the private club owns and controls the cameras, not the government.

It isn't clear what any video that may have been captured by Mar-a-Lago's cameras would show. According to Halligan, there were security cameras in Trump's office, but not in all of the areas that were searched. She also said that there are photos of FBI personnel on the grounds.

The former president's legal team has a copy of the search warrant and what it called a "vague" accounting of what was taken, according to the two sources. The search warrant was described to CBS News by the sources as a "bare bones" document that provides few details about why it was issued or what the FBI sought.

Many items seized in the search were listed generically as "boxes" or "documents" — for instance, "Box 1 - documents."

The president's attorneys plan to ask the government for a detailed accounting of what was removed, as well as what arguments the government made to the federal magistrate to justify a warrant. So far, Trump's attorneys are not planning legal action to compel production of these items.

The government did not provide Trump's lawyers with the underlying affidavit for the search warrant, which is standard practice.

In a late-night post on his social media site, former President Trump said that he would not oppose the release of the warrant, and is in fact "ENCOURAGING the release" of documents related to what he called "the unAmerican, unwarranted and unnecessary raid and break-in of my home in Palm Beach."