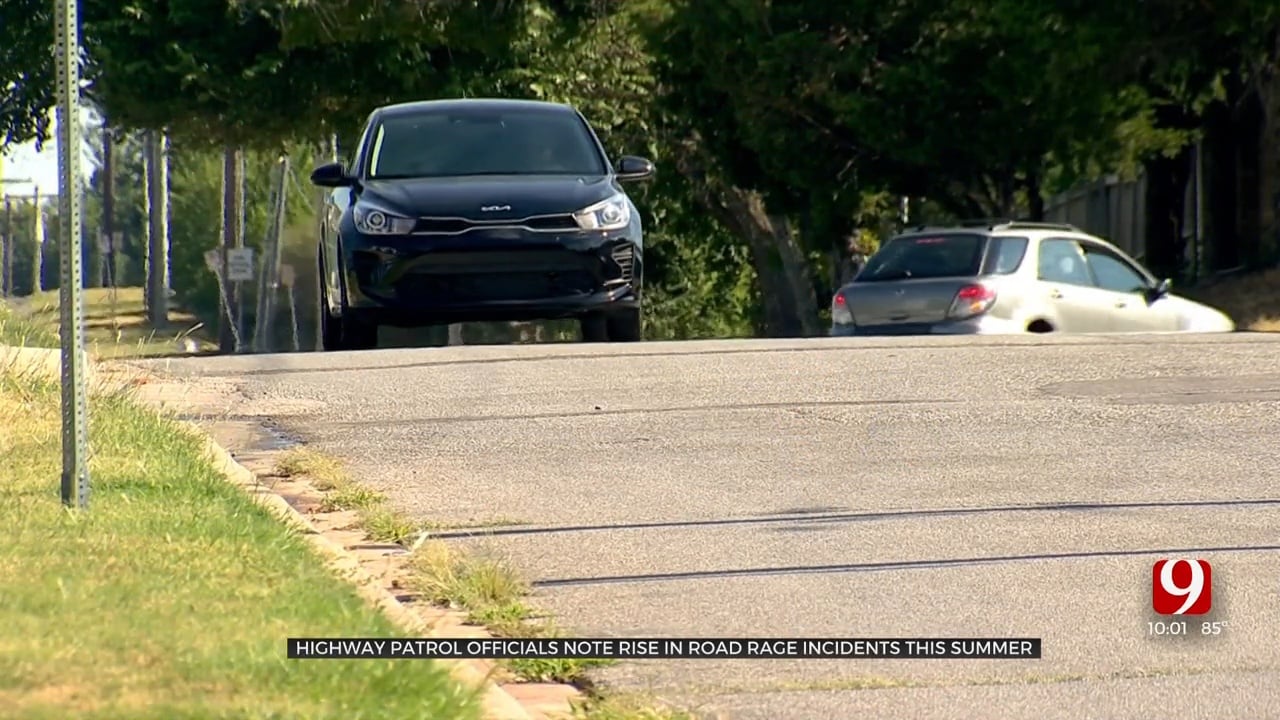 Officers arrested a 16-year-old after someone shot up a driver in Northwest Oklahoma City.

A driver, who did not want to be identified, told News 9 he was traveling to his girlfriend’s home late Wednesday evening along Eagle Lane, near Lake Overholser.

At one point, he noticed a red light coming from the car behind him.

“I saw the red laser pointing through his windshield,” said the driver. “At first I didn't know if it was a gun or a laser pointer.”

After speeding up, the driver said the other car pulled alongside his passenger side and fired about eight shots.

When the driver attempted to turn away, someone in the other car “shot 2 more times and those are the bullets that hit my car,” he said.

Oklahoma City police officers later traced the car back to a nearby home.

Officers confronted a 16-year-old and his parents after seeing the teenager approach the car.

The teenager told police he had just returned from a friend’s home.

With the parents’ permission, officers searched the suspect’s room and vehicle. They found two firearms in the house and spent shell casings in the vehicle.

Officers wrote in an incident report that the suspect was “extremely uncooperative.”

The suspect, who has not yet been charged with a crime, was taken into custody with probable cause of multiple felonies.

Trooper Eric Foster of the Oklahoma Highway Patrol said they have seen a “noticeable” uptick in calls involving drivers being aggressive towards others on the road.

“There is a feel that it is going up, meaning we're getting calls more frequently than we have in the past, especially in these metropolitan areas,” Foster said.

Foster said drivers should attempt to separate themselves from anyone showing signs of aggression, if possible, or to otherwise call 911 and move towards a populated area near a highway such as a gas station.