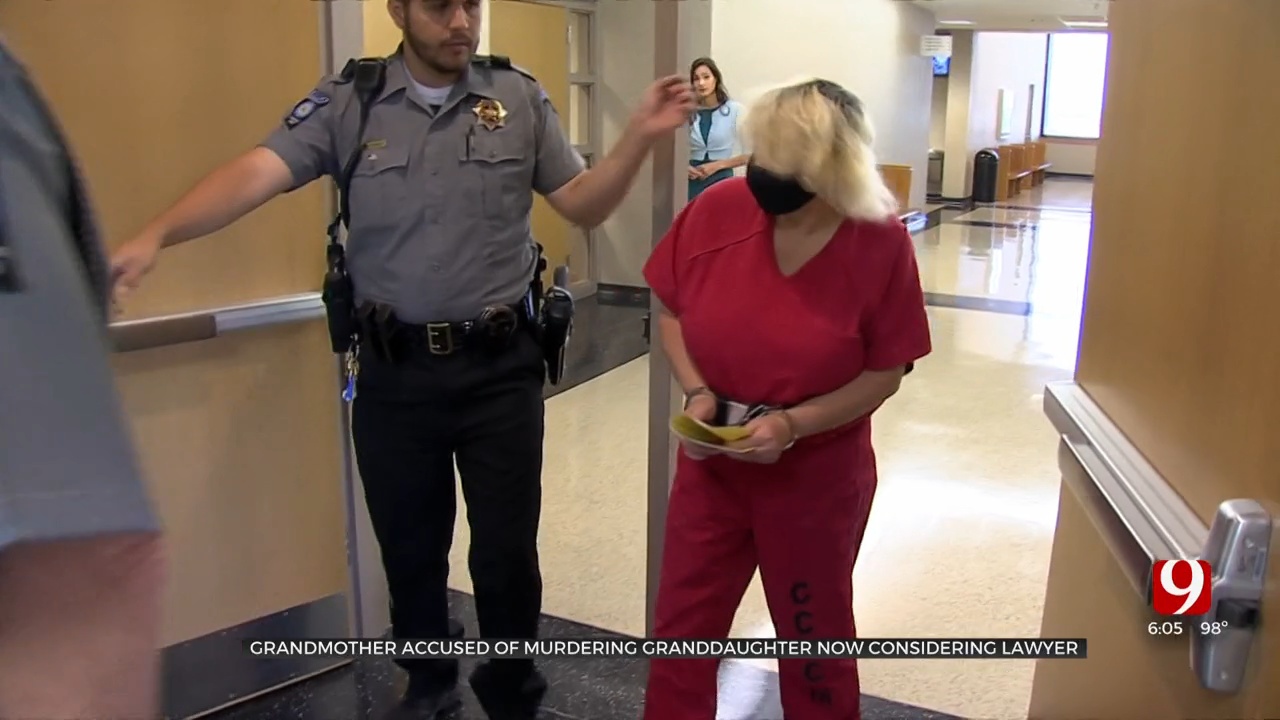 A metro grandmother accused of killing her 3-year-old granddaughter was back in court Wednesday.

Becky Vreeland was in court two weeks ago when she asked Judge Scott Brockman to represent herself at trial. Wednesday, she asked the judge for more time to mull over her decision.

Vreeland’s appearance was originally scheduled for Tuesday. It was postponed to allow Vreeland and the judge time to talk about her motion filed two weeks ago.

Vreeland formally requested a 30-day extension on her decision. In court, she said she had issues when she tried to log onto the tablets provided to inmates at the Cleveland County Jail.

In those 30 days, she wants to do more research to see if it is feasible to represent herself in the first-degree murder trial. She also requested the form to request an attorney. Both were granted.

Vreeland will face a jury, accused of killing her granddaughter while she was in her care. The parents of the child were in the Oklahoma County Detention Center at the time of the killing.

"That's a rare occurrence. We know that people may unexpectedly have a kid in their care that they're not planning on but that kind of scenario is very rare," said Executive Director of the Oklahoma Commission on Children and Youth, Annette Wisk Jacobi.

Wisk Jacobi said that the DOC does not keep track of how many incarcerated people have kids but said that thousands of children end up with grandparents or other relatives while their parents are incarcerated.

"We know that often times now we see grandparents raising the next generation of their family unexpectedly," said Wisk Jacobi. "But the caregivers need to have respite when they're kind of warn out. Maybe this is a child situation they weren't expecting, they may have some anger issues or some feelings about the parent as well."

Vreeland is due in court on September 7. That date is subject to change if she asks to have an attorney represent her.

For more information on resources the Oklahoma Commission On Children and Youth have for families caring for the children of incarcerated relatives, follow this link.