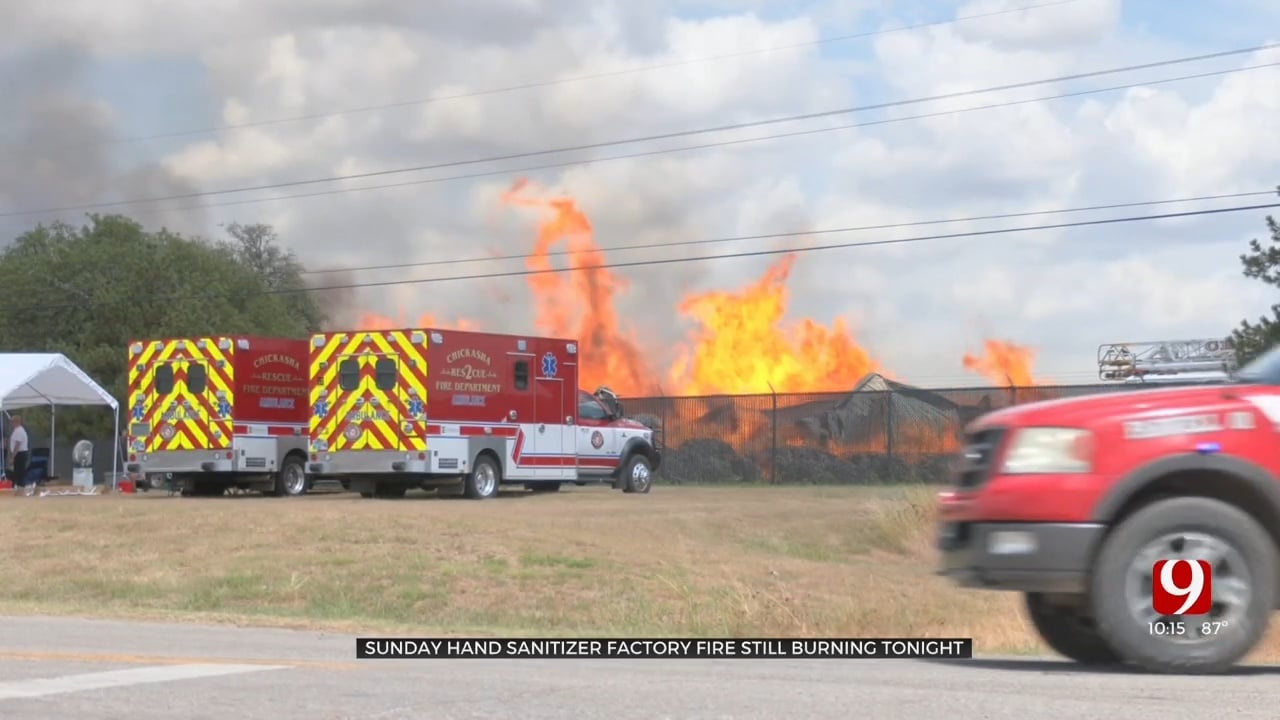 A fire is still burning at a Chickasha manufacturing building 30 hours after it broke out.

The fire department told News 9 they will be watching the fire for at least the next two days while they investigate alongside the State Fire Marshal’s Office.

Both departments said the manufacturing building off Highway 81 was not up to code.

The building now burned to the ground after catching fire Sunday.

“We are looking at 1.5 million gallons of the 75% alcohol hand sanitizer at this point,” said Tony Samaniego, the Fire Chief with the Chickasha Fire Department.

The owner of the company leasing the building told News 9 they were “contracted to recycle soap, shampoo, lotion and sanitizer" and that the warehouse was for storage only.

“It was not up to code for them to use it as a storage facility. We know that from our exterior investigation at this point,” said Judah Sheppard, an Agent Supervisor with the State Fire Marshal’s Office.

Fire investigators said the building has been vacant for years, and if a company wanted to do business, they would have to get the proper permits.

“We never issued any type of occupancy for the building,” said the Fire Chief.

A truck driver who recently made a delivery to the building and did not want to go on camera said he felt something wasn’t right after his last delivery.

“Was this intentional, a criminal act or was this done through neglect? Or was it strictly an accidental nature?” said Sheppard.

Investigators are now searching for answers as they watch over the fire to make sure it stays contained.

“Because of the hazardous nature of the materials and everything to avoid creating a bigger hazardous materials risk and potentially contaminating ground water, we’ve decided to just continue to let it burn down and essentially burn itself out,” said Samaniego.

We reached out to the company leasing the building for further comment about being up to code and have not heard back.