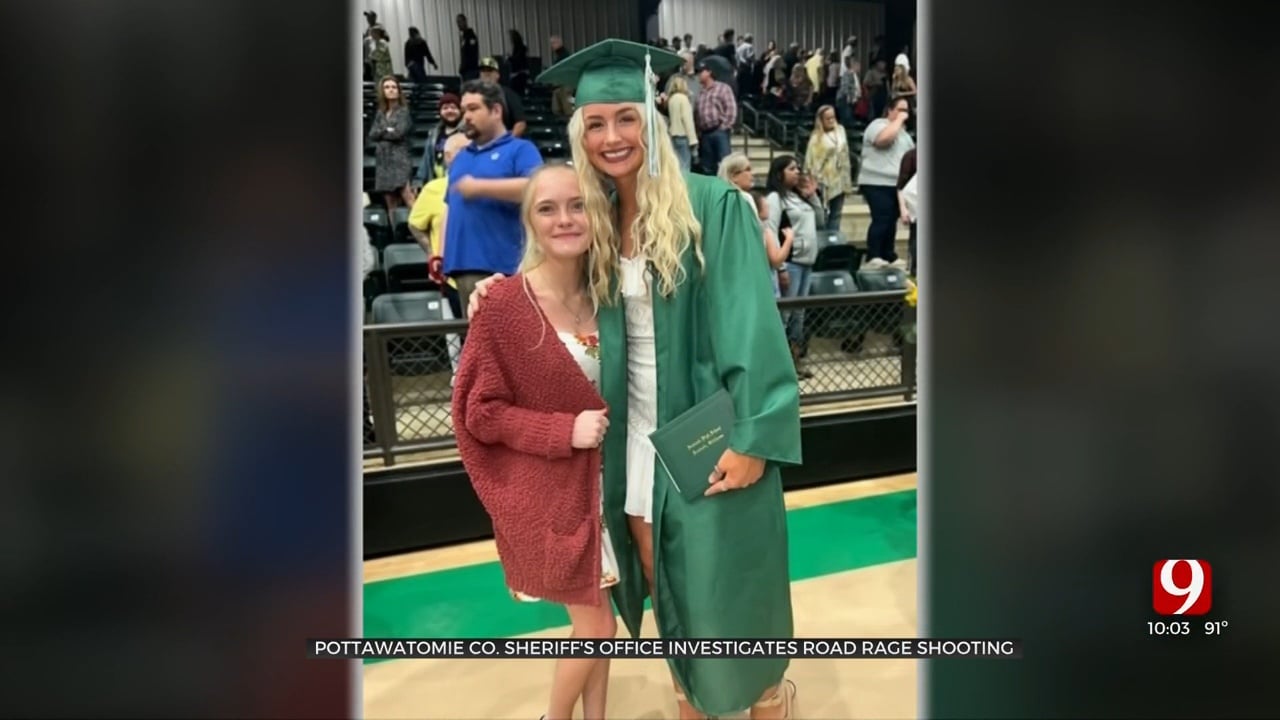 Road rage along I-40 on Saturday led to gunfire and resulted in a teenager being hospitalized.

Madison Gates and Adrianna O'Daniel were driving on I-40 near the Earlsboro exit when authorities O'Daniel says an SUV started tailgating them and someone inside started shooting.

Gates was shot in the neck.

"I look over as I am dialing 911 and she's just slumped over, So I just started yelling her name," said O'Daniel. "She started fluttering her eyes and I just grabbed her hand."

O'Daniels managed to get help and investigators say Gates' injury is critical, but she is expected to recover.

There are no suspects at this time.