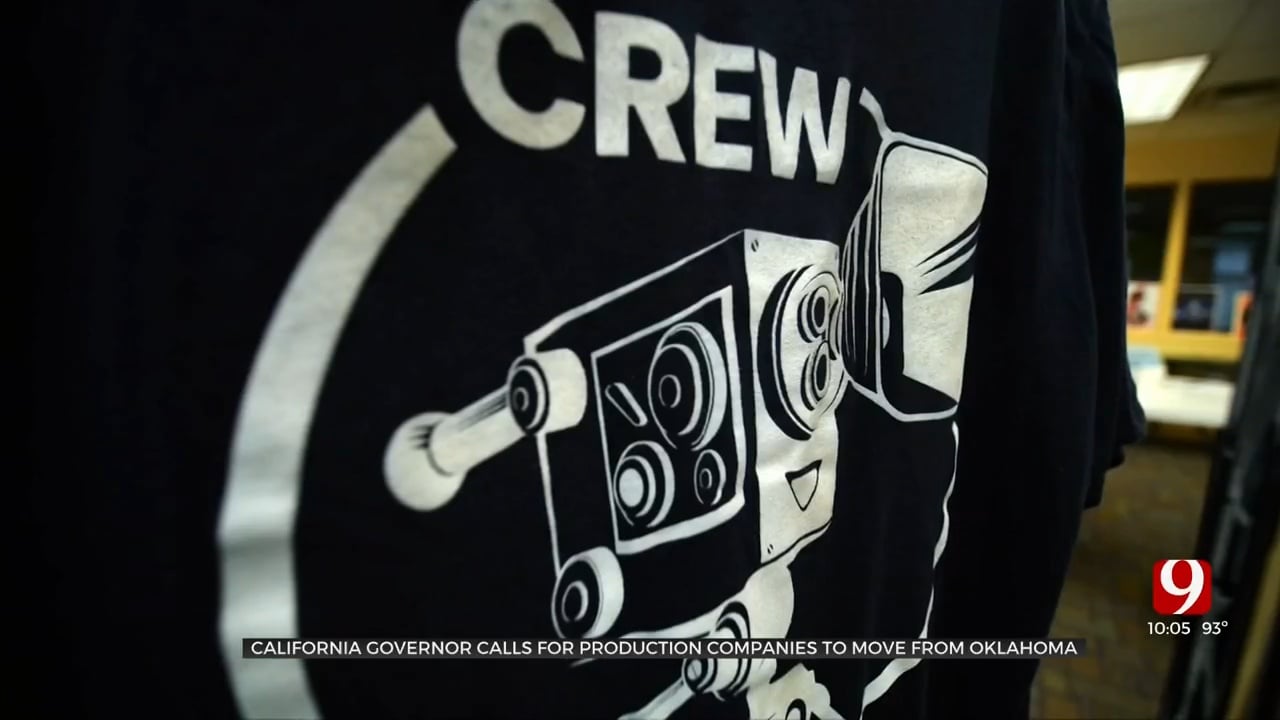 California Gov. Gavin Newsom called on video production companies to “walk the walk” with their values and move out of Oklahoma in a magazine campaign advertisement.

“Over the past several years, the legislatures of states like Georgia and Oklahoma have waged a cruel assault on essential rights,” the ad reads. “Now, in the wake of the Supreme Court’s abhorrent decision overturning Roe v. Wade, those same states are quickly moving to strip reproductive freedom.

“Today more than ever, you have a responsibility to take stock of your values-and those of your employees-when doing business in those states.”

Movie production is on the rise in Oklahoma after lawmakers passed a $30 million annual incentive program for in-state projects.

“Oklahoma has a lot to offer the movie industry,” Payne told News 9 in a phone interview. “We’re aware of what's happening politically here but it doesn't really change how we think about our business.”

Related: Lights, Camera, Oklahoma: A Look Behind The Scenes Of The State’s Booming Film Industry

“Instead of attacking strong conservative leadership in red states like Oklahoma, perhaps Gavin Newsom should focus on addressing his state’s income tax, which is the highest in the nation, out-of-control energy costs, endless violent crime, people shooting up drugs in the streets, chronic homelessness, high cost of living, gridlock traffic, and rolling blackouts. If he needs pointers on how to actually run a state, he should give Governor Stitt a call.”