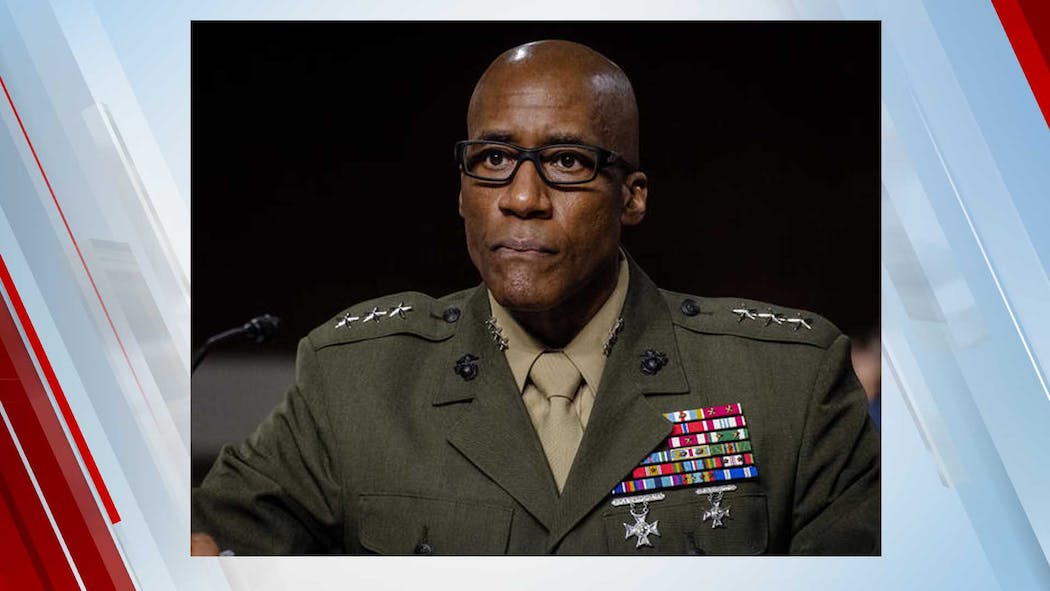 Congress confirmed Langley's promotion on Monday. He will become commander of U.S Africa Command in Stuttgart, Germany, and will command all U.S. military forces in Africa, according to the Marines.

Langley, who is from Shreveport, Louisiana, has served in Okinawa, Japan, and Afghanistan and commanded Marines at every level – from platoon to regiment.

Langley grew up in a military family. His father, retired U.S. Air Force Master Sergeant Willie C. Langley, served in the Air Force for 25 years, Langley said at a confirmation hearing in June. "As many nominees have said in testimony before me, military families form the bedrock upon which our Joint Force readiness stands. My family is no different," he said.

His stepmother, Ola Langley, whom Langley said he "affectionally refer[s] to as Momma." was a U.S. Post Office supervisor.

Austin, who is a retired four-star Army General and the nation's first Black secretary of defense, spoke about the importance of diversity in the military earlier this year. "Diversity is really important to us. The … military has led the way in a lot of cases," he said at Black History Month roundtable. "With respect to diversity, I've got to make sure that we continue to make strides. And I equate diversity with being invited to the dance. Inclusion is actually being asked to dance."

Lt. General Richard Clark, who became the first Black superintendent of the Air Force in 2020, spoke about his commitment to diversity and inclusion in the military on CBS News earlier this year. "If we don't start really opening up the entire population for us to draw talent from – and there's talent there – we limit ourselves, it will weaken us," he said. "And it's not just the military it's across all segments of society."

"We in the military have traditionally been fairly diverse, very diverse, but we have some work to do there," Clark said.