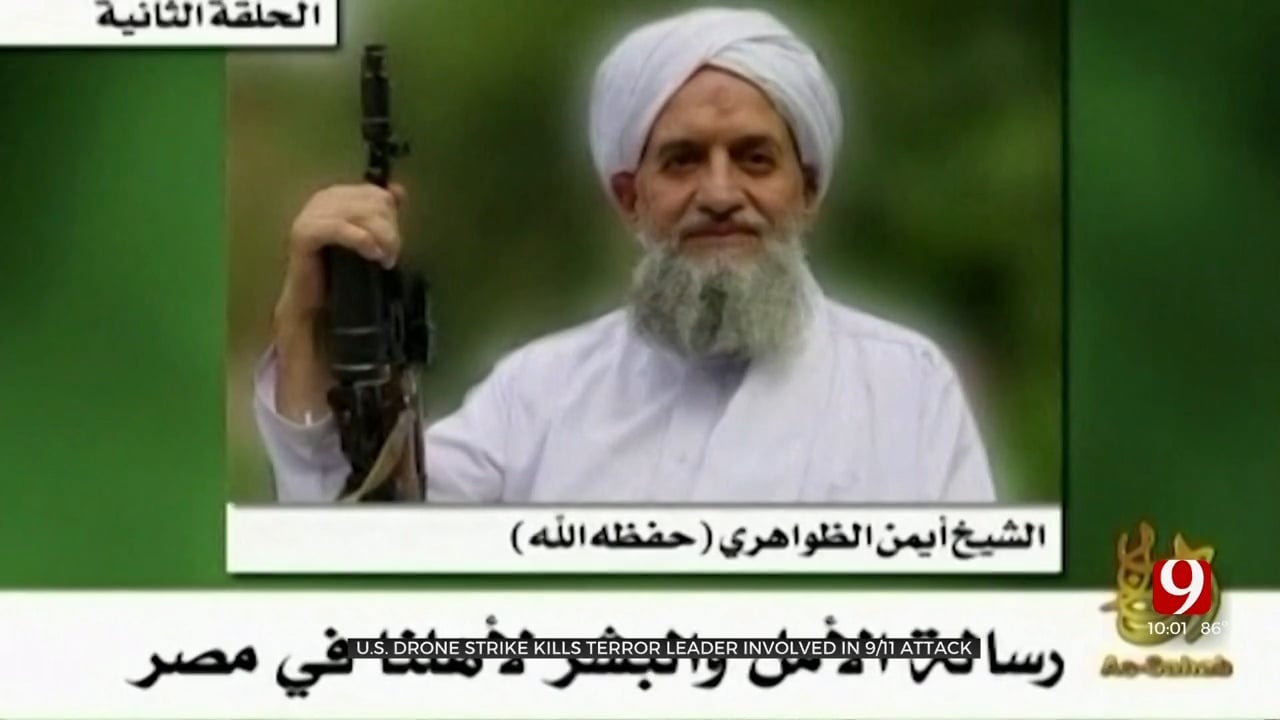 The United States carried out a counter-terrorism operation that killed the mastermind behind the September 11 attacks.

“Justice has been delivered and this terrorist leader is no more,” said President Joe Biden as he addressed the nation Monday evening.

A former war correspondent in the metro shared insight about the significance of the kill.

Mike Boettcher is now a professor at OU but spent a majority of his career on the ground in Afghanistan as a war correspondent. He said in his opinion, this drone strike marks the end of al-Qaeda.

“This goes to that point that the us was determined not to allow Afghanistan to become another al-Qaeda safe haven again as it was before 9/11,” said Boettcher.

“He was Al-Qaeda’s leader whatever is left of al-Qaeda. Obviously, he was back in Afghanistan that is where they killed him. It looks like he was trying to regenerate al-Qaeda presence in Afghanistan,” said Boettcher.

Boettcher said he spent a large part of his career tracking him as national correspondent.

“I ran a terrorism investigation unit, and our job was to keep tabs on terrorists around the world and be on the lookout for potential flashpoints. I spent a lot of time in Egypt, the Middle East, South Asia trying to figure out where Ayman Al-Zawahiri was,” he said.

“Al-Zawahiri was one of the most responsible for the attacks and murdered 2977 people on American soil,” said President Biden during his address.

Boettcher reflected on the significance of the operation for those who lost their lives on 9/11.

In his address President Biden said terrorist cannot hide from the United States of America.