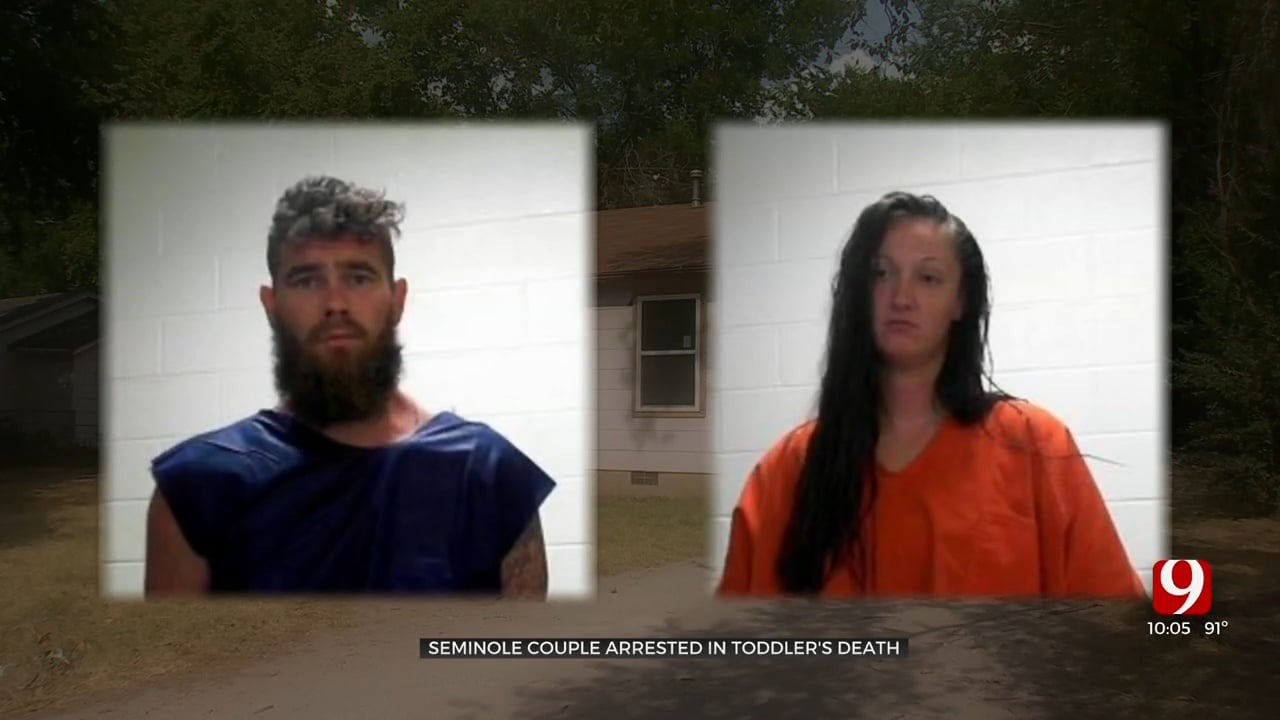 A tip led state investigators to a gruesome discovery early Wednesday morning. A child's remains found in a Seminole neighborhood.

A couple a is behind bars accused of the first-degree murder of a child. Neighbors in the area were shocked and heartbroken.

“An individual with some information tipped off the Seminole Police Department that there was perhaps a missing and endangered toddler age child. That initiated the investigation,” said Brook Arbeitman, the Public Information Officer for the Oklahoma Bureau Of Investigation.

It started early Wednesday morning when investigators were searching along Highway 99 South for a child.

“They found the burned remains of what appeared to be a small, toddler age child,” she said.

The discovery led investigators to a second crime scene. The home of 32-year-old Chad Jennings and his 29-year-old girlfriend Katherine Penner.

“The fact that they were across the street, and this may have happened at the house…that was really scary that was really sad,” said Trinity McFadden, a nearby neighbor.

“It’s scary to think like what if one day they were driving and that was what’s going on. Like I’m thinking it’s regular but they’re driving to get rid of this little baby,” said McFadden.

Penner is facing charges for accessory to murder, child abuse by injury and desecration of a human corpse.

“I’ve known her my whole life and I’ve been around her to think that someone I have been around that long could go and do something like that,” said McFadden.

“It’s just heartbreaking for everybody involved but it drives them to help get the answers for this child,” said Arbeitman.

The Seminole Police Department, Seminole Sheriff’s Office, OSBI, and the ATF are assisting on the ongoing investigation.

The Medical Examiner is determining the cause of death and identity of the child.

Investigators have not revealed if they are related to the two suspects.