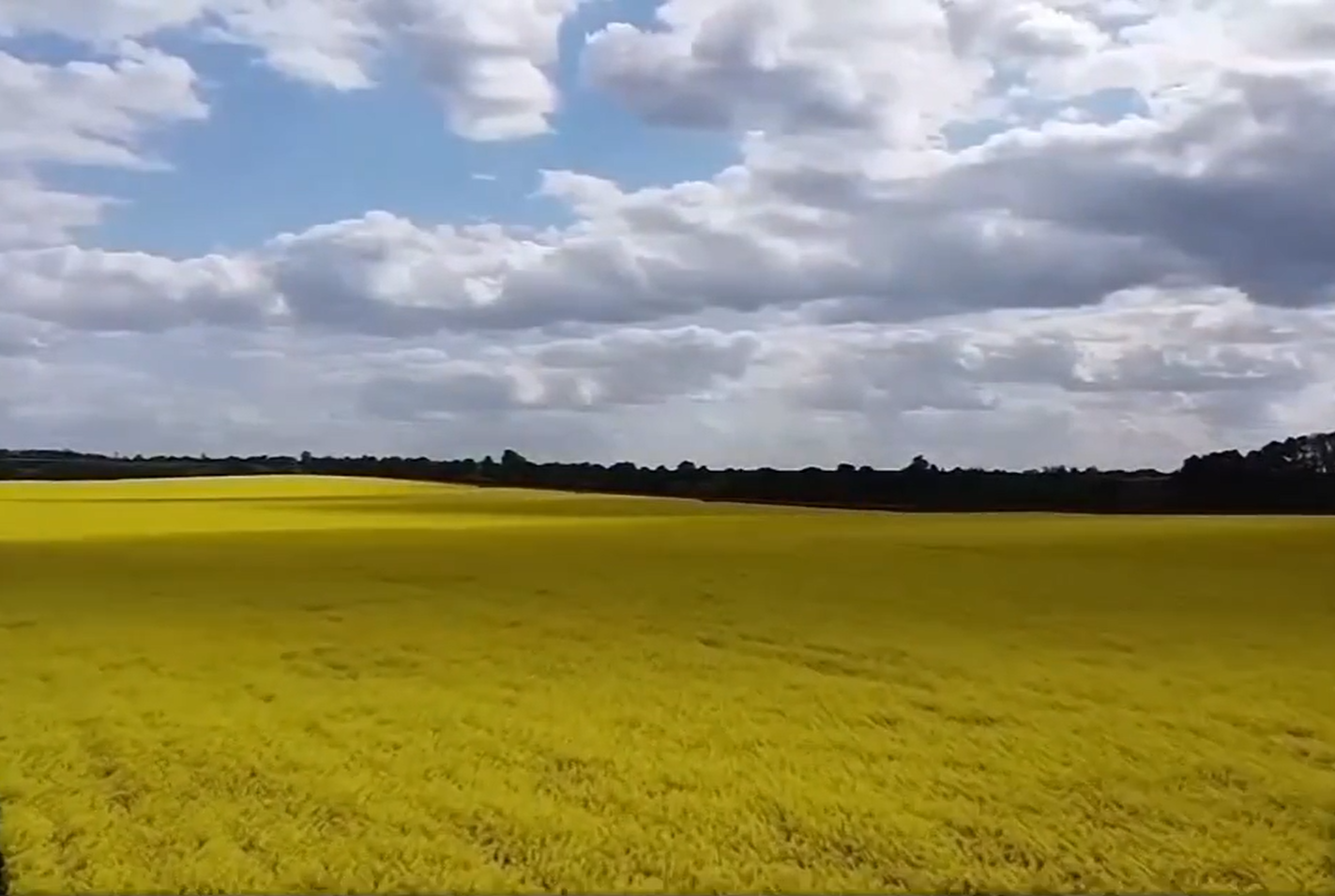 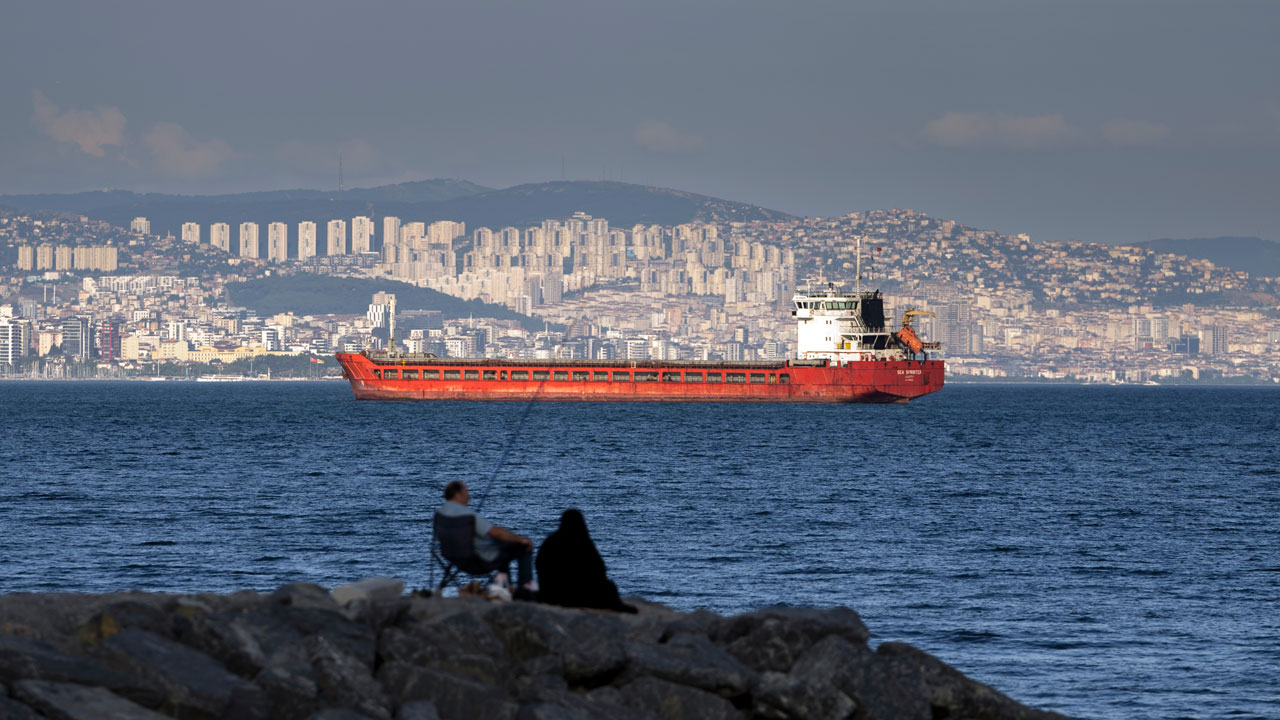 Ukraine and Russia signed an agreement Friday morning in Turkey committing to let millions of tons of vital grain supplies ship out from Ukraine's long-blockaded southern ports. Russia has blocked Ukraine's Black Sea ports since its full-scale invasion of the country on February 24, drawing accusations from the U.S. and Europe that President Vladimir Putin has weaponized food.

Russian food and fertilizer, which the Putin regime says it has been unable to ship due to sanctions against his country imposed over the Ukraine war, can also be exported as part of the deal, which was brokered and co-signed by Turkey's government and the United Nations.

Although the agreement signed Friday at Istanbul's Dolmabahce Palace does not to address the ongoing war in Ukraine, it's hoped it can alleviate the global food crisis by increasing supply and helping ease the spiralling costs of basic commodities around the world.

The deal calls for the establishment of safe shipping corridors for the grain to pass through the heavily-mined waters in the Black Sea. It includes commitments from both Russia and Ukraine not to attack any ships that have been identified as part of the initiative passing through the sea corridors, and allow inspections of the vessels by Turkey.

"Today, there is a beacon on the Black Sea," Guterres said. "A beacon of hope, a beacon of possibility, a beacon of relief in a world that needs it more than ever."

One sticking point that had held up an agreement during weeks of intense negotiations was over which country would actually bring the grain out of Ukraine's ports. Under the deal, Ukraine will operate the grain freighters part of the way — until they reach international waters — and other countries will then steer the exports to Istanbul for onward shipment elsewhere.

In a pre-signing briefing early Friday, two senior U.N. officials explained the basics of the deal and said one of the first steps after it was signed would be for the U.N. and Turkey to deploy monitors to Ukraine's ports, "to be clear what is protected, and is what is provided under this agreement"

U.S. Ambassador to the U.N. Linda Thomas-Greenfield told the Senate Foreign Relations Committee earlier this week that "some countries in Europe, the Middle East, Africa, and Central Asia typically got up to 75 percent of their wheat from Russia and Ukraine," before Russia launched its war, citing data from the World Bank.

Ukraine in particular, she said, "was the breadbasket for the developing world."

"We estimate that more than 20 million tons of grain are trapped in silos and ships, at risk of rotting away" in and around Ukraine's ports, Thomas-Greenfield said. "As long as Putin continues his war in Ukraine, millions and millions of people around the world won't know when or where they'll get their next meal."

CBS News has witnessed both the blockade and its impact on the world's hungriest people first-hand. Correspondent Chris Livesay visited Ukraine's port city-turned fortress city of Odesa this summer as it braced for a possible Russian assault, and correspondent Debora Patta went to South Sudan, where one desperate woman said she couldn't afford to eat, and had heard that the World Food Program "stopped the assistance because the White people are at war."

The stalled grain supplies have indeed exacerbated the food crisis in South Sudan, helping send the cost of staple goods soaring nearly 100% in the country. The WFP's acting country director in South Sudan, Adeyinka Badejo, told Patta that the organization had to suspend aid to nearly 2 million people in the country because of rising fuel and food costs blamed in large part on the war in Ukraine.

Russia denies that it has blocked grain shipments from Ukraine's ports and accuses the country of halting maritime traffic by mining its own waters. When Livesay visited Odesa, he reported that the coastal waters were riddled with both Ukrainian and Russian sea mines, and Ukraine has acknowledged mining its waters to prevent Russian attacks from the sea. Russia also alleges that U.S. and European Union sanctions are preventing the shipment of Russian food and fertilizer, exacerbating the food crisis.

In the first round of talks in mid-July in Istanbul, the Russian Foreign Ministry said no agreement would be possible without guarantees that it could check ships to prevent any attempts to smuggle weapons into Ukraine. That point is addressed in the agreement by establishing a "control center" in Istanbul, to manage the exports.

The U.S. and the European Union, which are not parties to the deal, have made the point that the sanctions they imposed on Russia over the war do not restrict Russia's sale of food or fertilizer. After the first round of talks, the U.S. and EU wrote to shipping and insurance companies to stress that sales related to the export of Russian food and fertilizer would not violate sanctions.

While the agreement signed in Turkey brought relief for many at the U.N., Biden administration officials cautioned that actually implementing it will be difficult, and they expressed concern about whether Russia will live up to its commitments.

"What we're focusing on now is holding Russia accountable for implementing this agreement and for enabling Ukrainian grain to get to world markets," State Department spokesman Ned Price said Thursday.

"The Ukrainian delegation supports only those decisions that guarantee the security of Ukraine, in particular the regions close to ports; security issues are the most difficult aspects," Ukraine's U.N. Ambassador Sergiy Kyslytsya told CBS News.

U.N. expert Stephen Schlesinger, of the Century Foundation, lauded the Secretary-General for pushing to secure the grain deal, but called it "a sideshow," and stressed that "it will not end the war."

Farhan Haq, deputy spokesperson for the Secretary-General, told reporters on Thursday, however, that the agreement would at least bring hope that "we can potentially save hundreds of thousands, potentially millions of people from having food be priced out of their reach."

Twitter Sues To Force Musk To Complete His $44B Acquisition