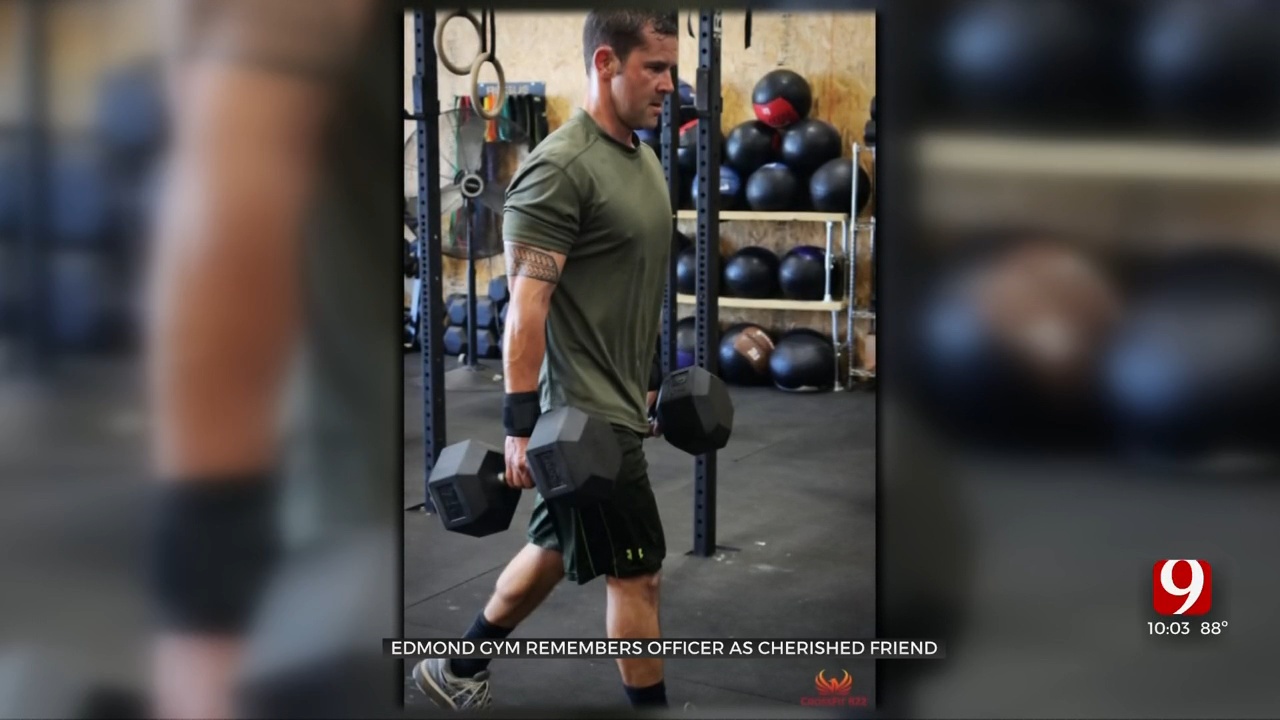 The CrossFit community is honoring one of their own. Edmond Police officer Sergeant C.J. Nelson died Tuesday in the line of duty. Now, his gym is honoring him in a special way.

Not only did Sergeant Nelson workout at CrossFit 822 he built some of the equipment.

The Owner told News 9 his genuine personality will be greatly missed around the gym.

“He had a big personality, and he did so much for the community. It is a big loss for everybody that knew him,” said Jenae Judge, the Owner, and Head Coach at CrossFit 822.

She said he was always looking out for others.

“He would always find somebody struggling in the workout and help him through it,” said Judge.

She knew Sgt. Nelson before opening her gym and built a friendship with the Edmond officer that lasted more than three years.

Judge said even when he couldn’t get in a workout he would stop by on Saturdays while out on patrol.

“There’s a lot of things that I will miss about him. He had a very infectious personality. He just had good stories constantly smiling and just a pleasure to be around,” she said.

His big personality led him to make some improvements around the gym himself.

“He didn’t like the way I had my plates stacked so he built us a plate holder, welded it all together, and got it all set up. We also had all our wall balls stacked on the floor, so he built us a stand for them. He decided one day he wanted a peg board for the gym, I didn’t have one here, so he decided to make not one but two,” said the gym owner.

The CrossFit community is now honoring him the only way they know how.

“We do a lot of things in CrossFit to honor people that have fallen in service, so we decided that we wanted to go ahead and do a workout of some of his favorite movements, some of the things I remember him by,” said Judge.

The workout will take place at CrossFit 822 in Edmond this Saturday at 8:15 a.m. The owner said anyone who knew him is welcome.

2 In Custody After Police Chase In NW OKC