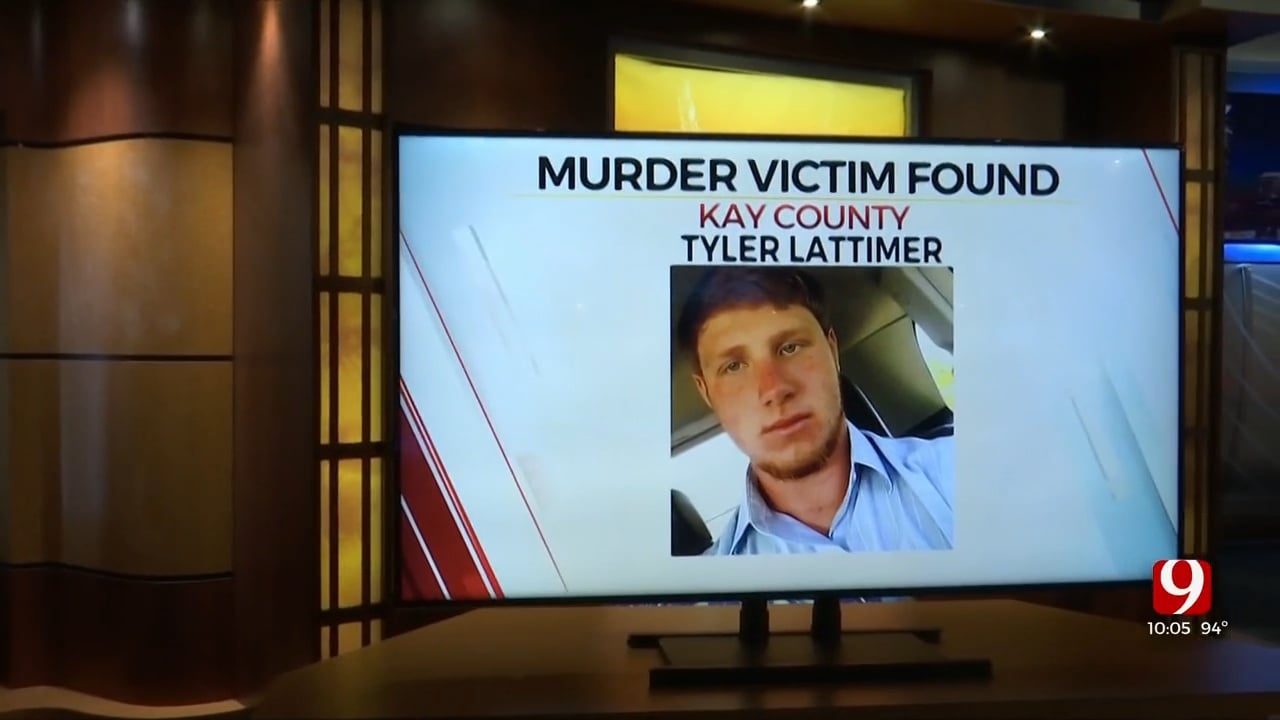 According to Kay County sheriff Steve Kelley, the victim was identified as 23-year-old Tyler Lattimer.

Lattimer was found late Sunday night in a field east of Braman.

Two people, 18-year-old Dominick Taylor and a juvenile, were arrested in connection with Lattimer's killing.

Lattimer's family set up a GoFundMe in his name which you can find here.