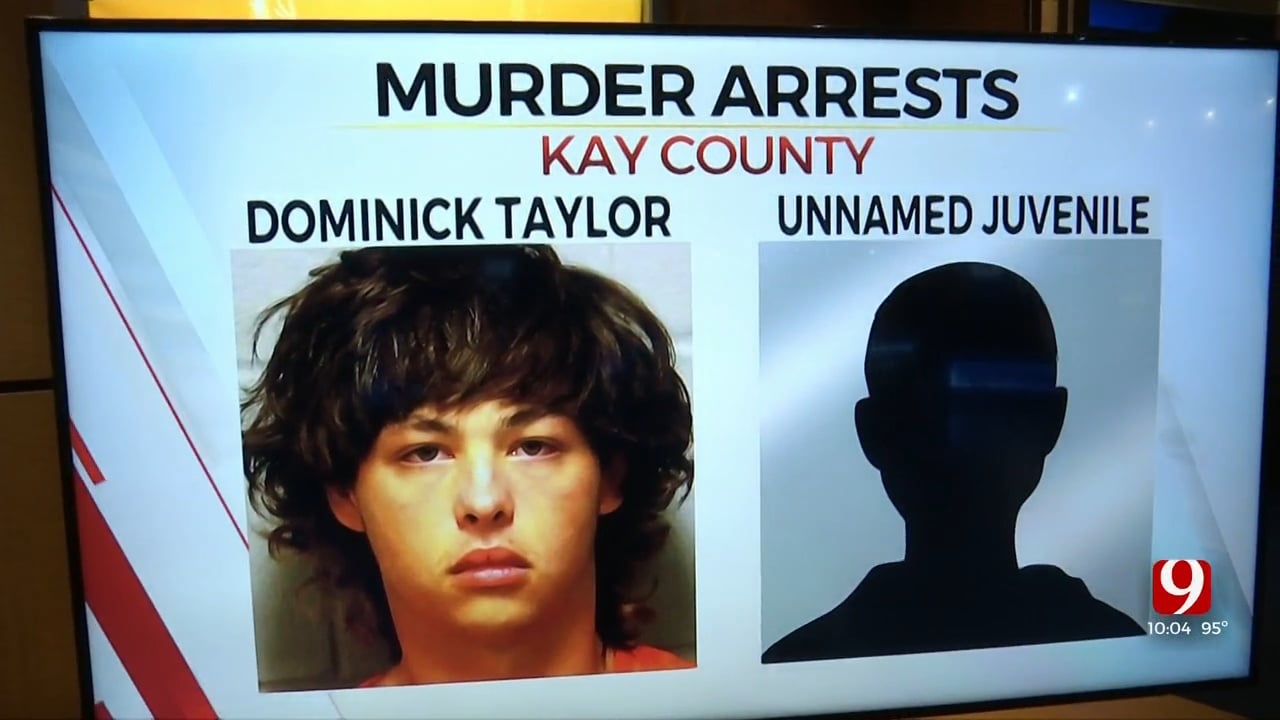 The Kay County Sheriff's Office said it has two people in custody -- one of them a juvenile -- in connection with a weekend homicide.

Authorities said an anonymous witness appeared at the sheriff's department Sunday evening. The witness told deputies that they found a body in a field.

The body was located in a field late Sunday night near the intersection of Bender Road and P Street, which is located east of Braman.

Deputies said the body appeared to have been shot multiple times.

Investigators were able to track down Dominick Taylor, 18, and arrest him in connection with the case. Taylor is being held in the Kay County Detention Center on a first-degree murder complaint.

County officials told News 9 that they have arrested a juvenile as a part of their homicide investigation. The juvenile is facing a first-degree murder complaint as well as an unlawful disposing of a body complaint.