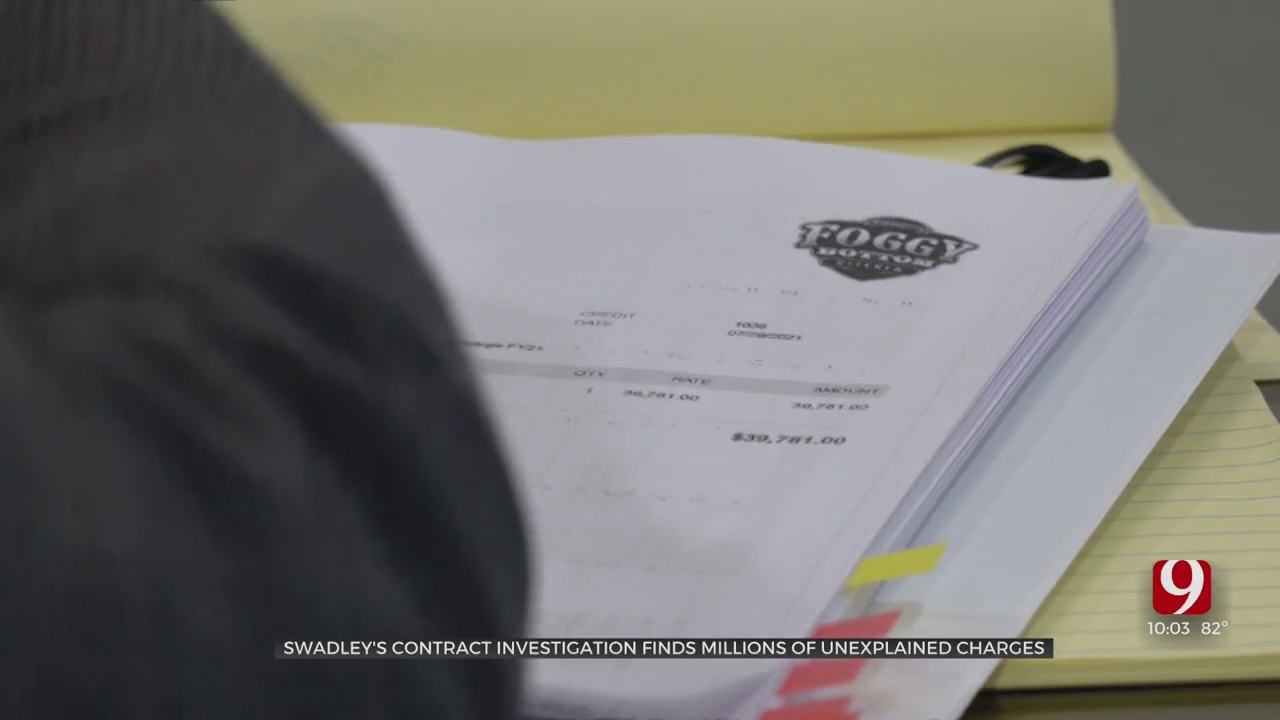 State representatives on a newly formed special investigative committee met for the first time Thursday. They questioned the director of a legislative spending watchdog group that found several troubling aspects to a contract between Swadley’s Foggy Bottom Kitchen and The Oklahoma Tourism and Recreation Department.

The committee had issued two subpoenas ahead of the meeting for Mike Jackson, the director of the Legislative Office of Fiscal Transparency (LOFT), and Steven Harpe, Director of the state Office of Management and Enterprise Services.

Harpe did “not comply with the subpoena,” said committee chair Rep. Ryan Martinez. Harpe was on vacation, Martinez said, despite the legislature being in the heat of annual budget debates.

In Harpe’s place at the committee hearing was Brandy Manek, OMES director of budget policy and gaming compliance.

Jackson first presented concerns regarding OTRD’s contract with Swadley’s at a LOFT meeting in late March.

Committee members probed Jackson about LOFT’s investigation into the OTRD contract with Swadley’s for more than 90 minutes Thursday. They raised questions about the state department’s construction of the contract and its safeguards on spending, as well as the company’s process of billing taxpayers.

Committee vice-chair Jeff Boatman said the OTRD contract with Swadley’s, which was signed in March 2020 and terminated in late April, incentivized the company to lose money because it covered operating costs and lacked oversight.

Jackson said Gino DeMarco, former Tourism deputy director and current board member of the Oklahoma Health Care Authority, “was extremely engaged with the creation of the original contract.”

Neither DeMarco, his attorney, or Swadley’s responded to a request for comment Thursday. A spokesperson for the OTRD also did not return an email.

The state reimbursed 247 invoices submitted by Swadley’s from March 2020 to August 2021, according to records obtained by News 9. For several, the company added on a percent-based “management fee” and a “consulting fee” that ranged from 5-35% of the invoice.

Jackson said there was nothing in the contract that included fees of that sort.

“There is no rhyme or reason or pattern to how they actually charged. And at the beginning, they were not charging it. It shows up later within the system and they started adding those fees, but they did not have authorization within the contract itself,” he said.

Some items were also not charged at market rate, Jackson said. He said the Tourism department paid for smokers and a “cheese melter” at nearly double the market rate.

Jerry Winchester resigned as Tourism Director the same week that the department abruptly canceled the Swadley’s contract amid media reports that the Oklahoma State Bureau of Investigation and the State Auditor had launched inquiries into the deal.

The department is also suing Swadley’s for breach of contract.

Rep. Ryan Martinez, the committee’s chair, said he is considering who to have come in for questioning before the group of lawmakers. He said they could call some of the 59 subcontractors Swadley’s employed throughout the contract, other state officials, as well as whistleblowers.

“I didn't see any indication that anyone (at OTRD) was holding any vendors accountable to make sure work was done on time, properly, or at a fair rate,” Martinez said. “It just seemed like a free for all.”