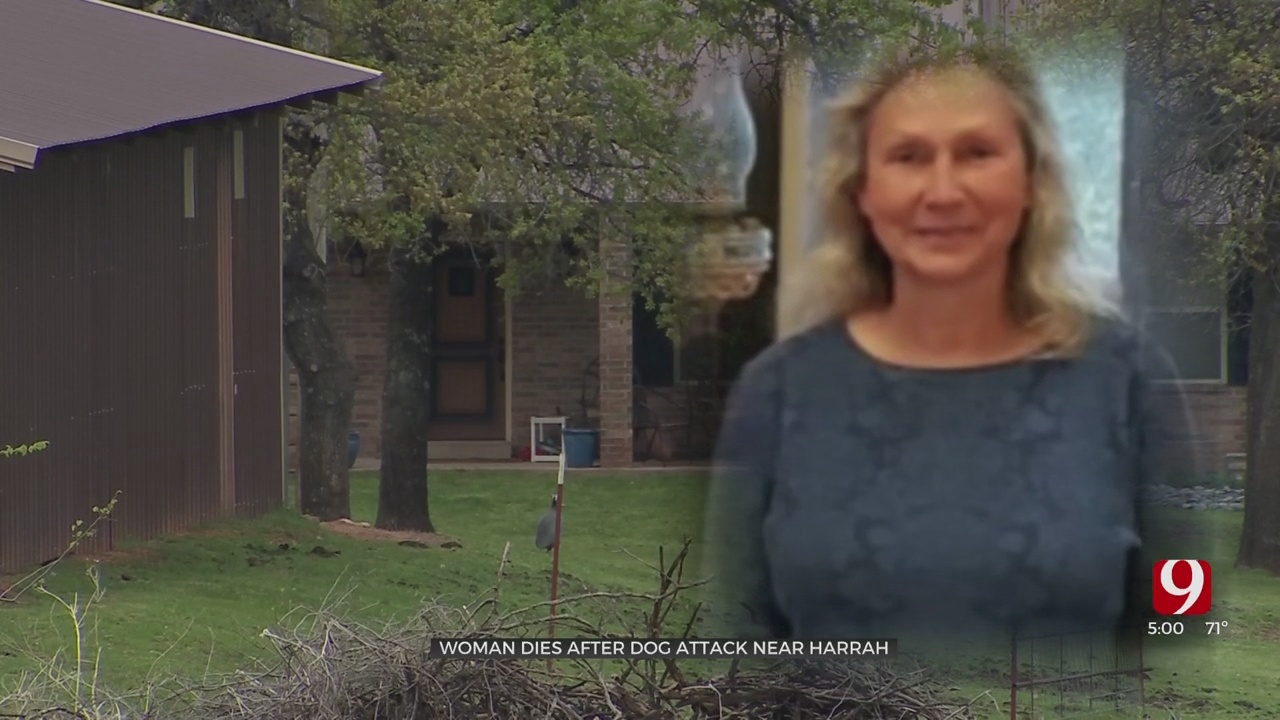 We're learning new details from investigators after a woman was found dead near Harrah. They had ruled it as a homicide this weekend, but now say she was attacked by a group of dogs on her property.

It happened Sunday afternoon when Oklahoma County Deputies were called to the scene. There, they found the body of 61-year-old Anita Mears.

"Ms. Mears had injuries consistent of being stabbed multiple times," said Tommie Johnson III, Oklahoma County Sheriff. "The Oklahoma Coroner's Office responded and determined this is not a homicide.

Instead, Mears was attacked by multiple dogs. Investigators say her own dog was also injured trying to protect her.

"We don't know where the dogs are and are asking people if you see a pack of dogs stay away and please call police," said Johnson III. "Obviously, they're traveling in packs so they can be dangerous when they do that."

Lensie Wilkerson says she's lived next door to Mears for the past 5 years and says she was always friendly.

"My daughter loved her," said Wilkerson. "Like she wanted to go down there all the time. She's a very kind person and I just can't believe this happened."

The Sheriff's Office says it's common to see a pack of dogs running loose in rural areas like this, but they continue to work with surrounding cities and their animal control.

"That's a sad way to die or pass away," said Johnson III. "Our heart goes out to her family. Life is precious and it's sad when we lose one, especially in this fashion."

No one else was hurt during this attack. Investigators are not sure if these dogs belong to someone else.