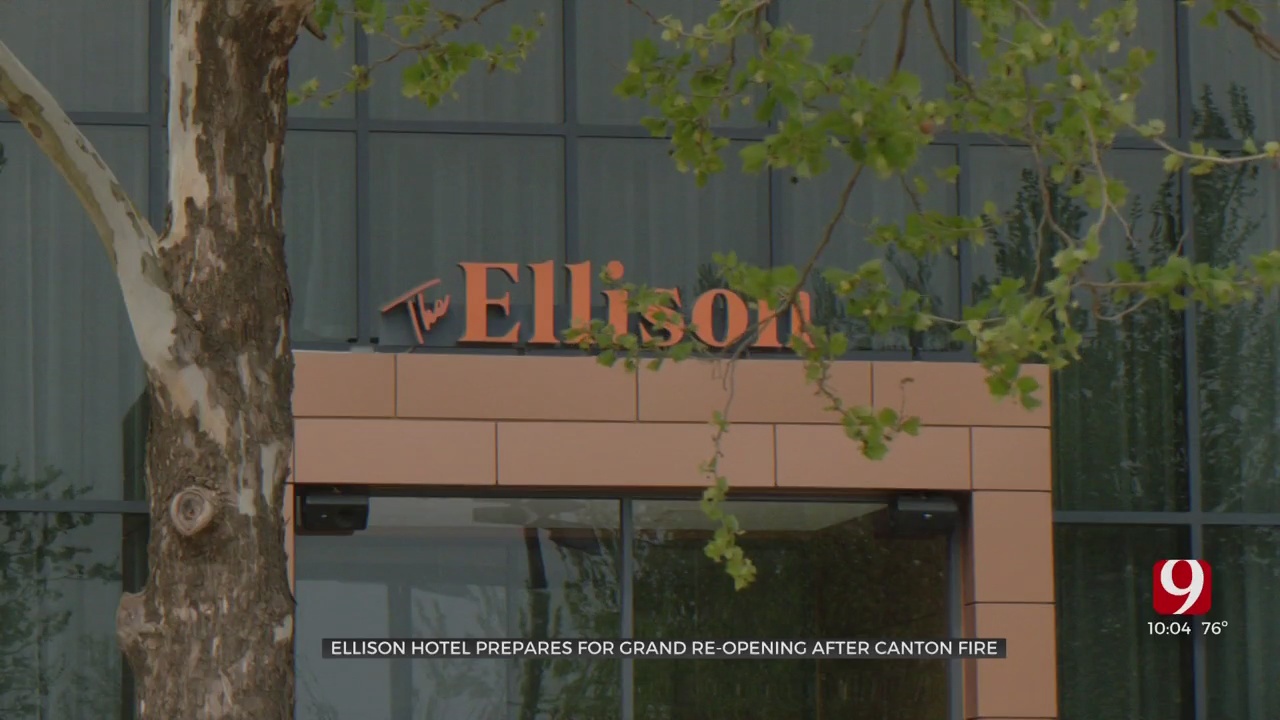 An Oklahoma City hotel is gearing up for their second grand opening after the Canton Apartment fire forced them to close their doors.

The Ellison Hotel had to shut their doors to deal with smoke damage. Carrie Parker, the Director of Sales and Marketing for the hotel, said it’s something she never saw coming just weeks after their grand opening.

“The first thing was the sirens, then there was of course commotion trying to figure out what was happening and where it was happening. It became very evident it was right next door,” she said.

“It was a tough decision to decide to shut down, however when it comes to people’s safety there is just not a question about it. Smoke inhalation is not good and the fact that we don’t really know what all was in that smoke,” said Parker.

The Ellison Hotel, neighboring the Canton Apartments, closed the next day because of heavy smoke damage.

“I’ve been in Oklahoma City 16-17 years in hotels and no, I have never had to completely shut down a hotel. Especially open it, completely shut it back down, and now I am back to reopening it,” said Director of Sales and Marketing.

The hotel replaced their airducts, furniture, and is deep cleaning the carpets and surfaces.

“There was a lot of testing of air quality that we went through several different times to make sure that we were completely ready to greet our own associates as well as the public,” she said.

The staff is doing their best navigating unchartered territory.

“I really believe that this team has done that. The spirit of The Ellison is very resilient, and I think people are going to see that very, very soon,” she said.

The Ellison is taking reservations and will be open on May 2nd and have another grand re-opening event on May 19th.