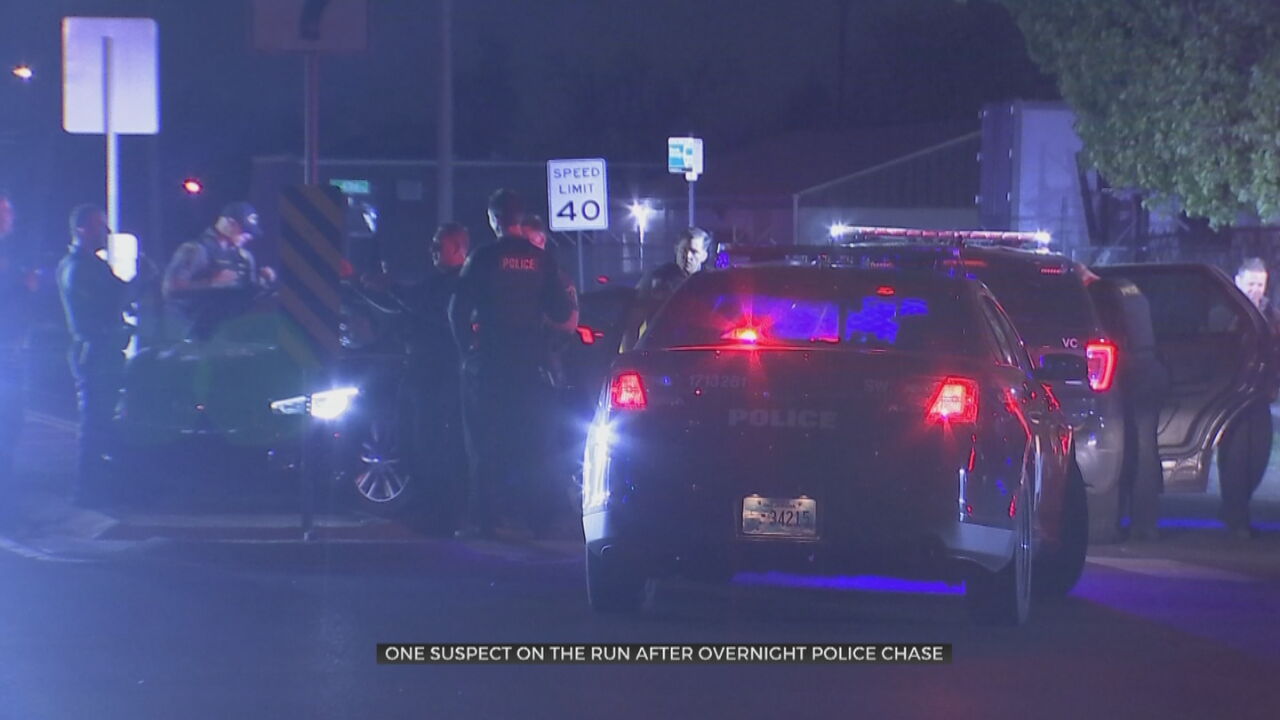 Police say a suspect is on the run and another is in custody on Wednesday morning after an overnight police chase ended in southwest Oklahoma City.

According to police, officers tried to pull over a suspected stolen car with four people inside, but the driver took off.

Officers used stop sticks to flatten the tires and the car eventually spun out near Southwest 44th and Portland, causing minor damage to two police cruisers.

Police took one person into custody and another fled from the scene. There is currently no word on if the other two people in the car were detained.