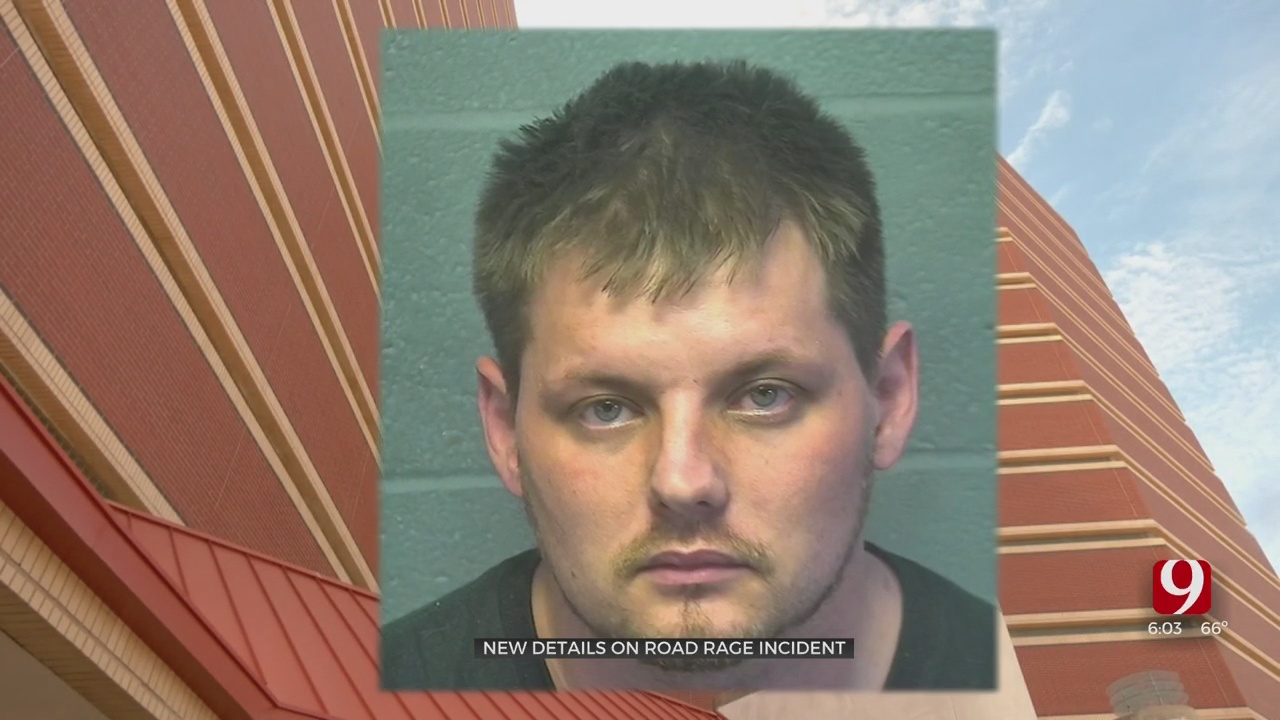 Troopers made an arrest following a road rage incident on I-35 southbound in Oklahoma City.

According to OHP, multiple drivers called saying someone was driving dangerously on the interstate while attempting to follow another car. One of the callers spoke with News 9 on Wednesday.

Rendon Chambers said he was headed to Norman when he noticed two cars swerving in and out of traffic.

“Their back-end kind of fishtails a little bit and I thought ‘oh man they must be hydroplaning’ because the rain was just pouring,” Chambers said.

Trooper Eric Foster said there was a crash after more than seven miles of brake checks and speeding.

Court documents said things continued to escalate. One of the drivers admitted to punching another driver following the crash.

Police arrived and 28-year-old Jarek Horn was taken into custody.

“The one that actually made contact showed signs of impairment. He was arrested for multiple charges involving this,” Trooper Foster said.

Trooper Foster says there has been an increase in aggressive driving across the state.

“That is out of bounds and that does not need to happen in the state of Oklahoma,” Trooper Foster said.

Trooper Foster said just because someone may not leave the scene in handcuffs doesn't mean they won't be found criminally liable later after further investigation.