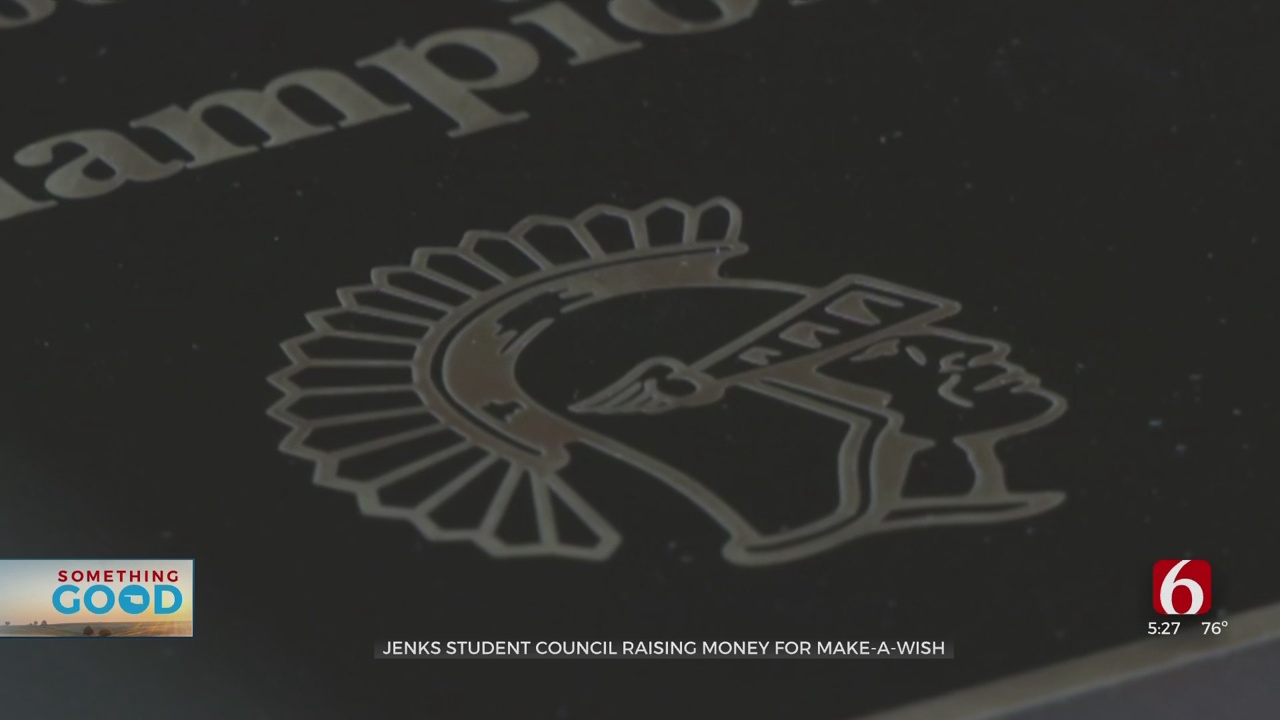 "I had the opportunity to serve on the Make-A-Wish Youth Leadership Council this year and we recognized a need in our own community when we realized there were 4 Jenks Make-A-Wish kids, waiting on their wishes to be granted," said Tarryn Lowry, Philanthropy Chair for Jenks Student Council.

The Student Council at Jenks spent months organizing a golf tournament and several other events with the goal of raising thirty thousand dollars by the end of April.

"One of our Make-A-Wish kids has a mom who is a teacher at Jenks. We really want to give them the support they need during this time," said Lowry.

20 teams signed up for Monday's tournament alone. The students say they will be halfway to their goal by the time the tournament wraps up on the 28th. The golf tournament is just one of their fundraising ideas- they have a 5K coming up, they just wrapped up a puppy yoga class.

"We are doing an online silent auction. A lot of places have donated tons of items or fun events that we are going to be running online here for the next week. One of our big items is a full-blood Berna doodle Puppy," said Lowry.

A reminder for us all, that doing Something Good doesn't take millions of dollars, it doesn't take huge corporations---it takes big hearts, hard work and in this case, a group of kids who believed, despite their age- they could make a difference.

"It is super cool to me to know that I will leave here, doing something that has left an impact and a little bit of a legacy," said Wyatt Smith, President of Jenks Student Council.

"I really hope the impact we leave continues on the next few years and hopefully forever at Jenks," said Lowry.

You can help the kids by donating HERE: