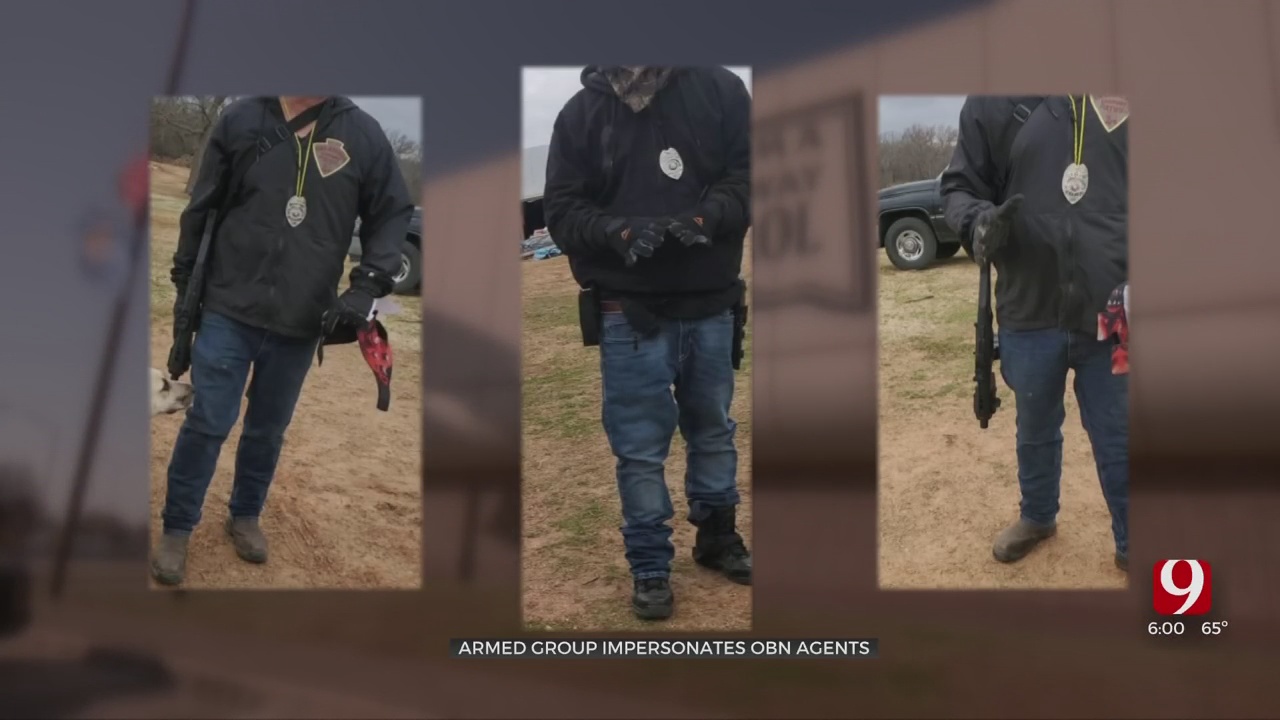 A terrifying situation unfolds at a marijuana grow farm after a lawyer said his clients were threatened by an armed group claiming to be state investigators.

They were not, but they are now suspects in a criminal investigation.

News 9 was told the group allegedly showed up armed with guns and a fake search warrant, and said they were at the farm to execute a "raid".

All of this can be seen in pictures taken by Gies' client whose marijuana grow farm is in Seminole County.

She called her attorney Monday when the group showed up.

"While we were on the phone with her, we kind of discovered that maybe these weren't cops or authorities after all," said Gies.

His client was able to show her paperwork and tell the group they were at the wrong place.

"Unfortunately, over the past weekend they hit a nearby farm in Hughes County where someone actually lost their life," said Gies. "So, they moved on to my client, and then they moved on down the street as well and they were able to apprehend those individuals."

Gies said someone at the first location had a medical episode, but News 9 has not been able to confirm that information or how many farms are involved with law enforcement.

Mark Woodward with the Oklahoma Bureau of Narcotics was able to tell us the group took equipment and even product from at least one location.

Woodward said a lot of people working on these farms don't speak English or might not be familiar with Oklahoma law enforcement agencies or the uniforms they wear.

"Often times they will just comply, and that's what the criminals are counting on," said Woodward.

He said they think the stops are connected and were carried out by at least some of the same people.

"There is one person in custody, and we anticipate the rest of them will be in custody soon," said Woodward.

A statement from local District Attorney Paul Smith said the DA's Drug and Violent Crime Task Force, the Oklahoma State Bureau of Investigation and OBN are involved. The statement said they are working on more search and arrest warrants and other details could be released soon, most likely Friday.