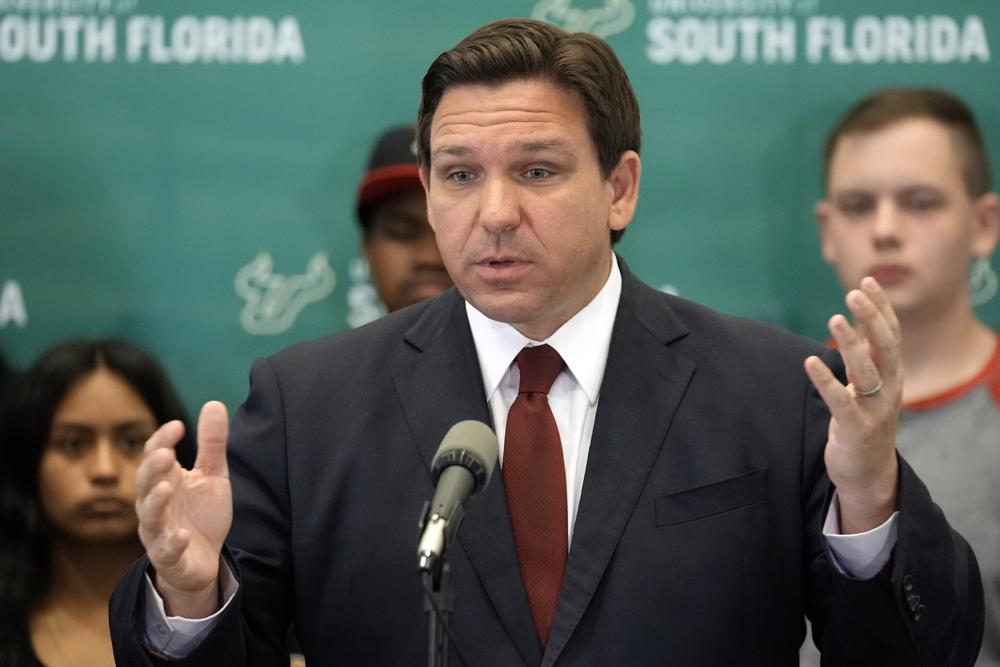 As the controversial Parental Rights in Education bill, known to its critics as the "Don't Say Gay" bill, makes its way to the Senate floor, Florida Governor Ron DeSantis weighed in on the legislation and rejected the way it's being portrayed in the media.

At a press conference in Jacksonville on Friday, DeSantis defended the bill, saying it's about "no sexual instruction" given to young students, CBS Miami reports.

"When you actually look at the bill and it says 'no sexual instruction to kids pre-K through three,' how many parents want their kids to have transgenderism or something injected into classroom instruction?" DeSantis said. "It's basically saying for our younger students, do you really want them being taught about sex? And this is any sexual stuff. But I think clearly right now, we see a focus on transgenderism, telling kids they may be able to pick genders and all of that."

The bill is designed to limit how the LGBTQ community is discussed in public school classrooms by restricting conversations, considered "instruction," particularly related to the youngest elementary children. But those limitations could be felt in higher grades.

The bill allows parents to sue school districts if they are not privy to situations related to their children or if their students are encouraged to have discussions on sexual orientation and gender identity.

Florida's House has approved the bill, and it will appear before the Senate for a vote on Monday.

Nationwide, there are 18 similar bills moving through nine state legislatures. The advocacy group, The Trevor Project, has denounced them and said its research shows LGBTQ students who learned about LGBTQ issues or people at school had 23% lower odds of reporting a suicide attempt in the past year.