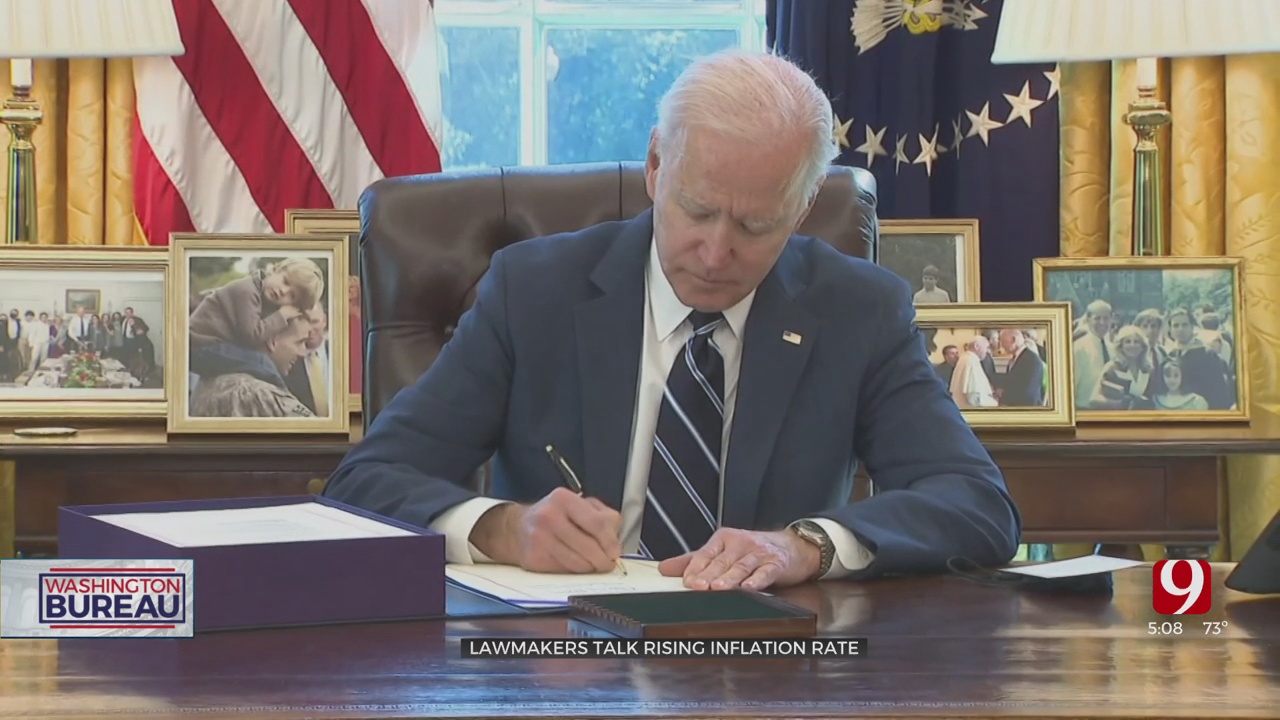 Republican Senators say President Biden’s policies have created what they call a ‘Biden tax’ on American families, referring to the current 7.5 percent rate of inflation, the highest in 40 years.

“Moody’s Analytics estimates that the average U.S. household is spending an extra $270 a month because of inflation,” said Sen. Mike Crapo (R-ID) at a news conference Wednesday. The Senators also pointed to a recent Penn-Wharton study indicating that the average family in America would have to spend $3500 more now than for the exact same consumption a year ago.

“Half the population of the country right now has never experienced inflation like this in their lifetime,” said Sen. James Lankford (R-OK) who spoke at the news conference.

The last time inflation was this high was in 1982 under President Ronald Reagan. It had been even higher under his predecessor Jimmy Carter.

Sen. Lankford acknowledges economies around the world have been impacted by the coronavirus pandemic, but he says inflation in other countries isn’t as bad as it is right now in the U.S.

“This is an American issue from all this over-spending on the federal side, along with trying to be able to recover out of COVID,” said Lankford in an interview following the press event. “It was just the wrong formula last March to be able to spend $2 trillion (on the American Rescue Plan) and we’re still suffering the consequences for that in just our normal every day life.”