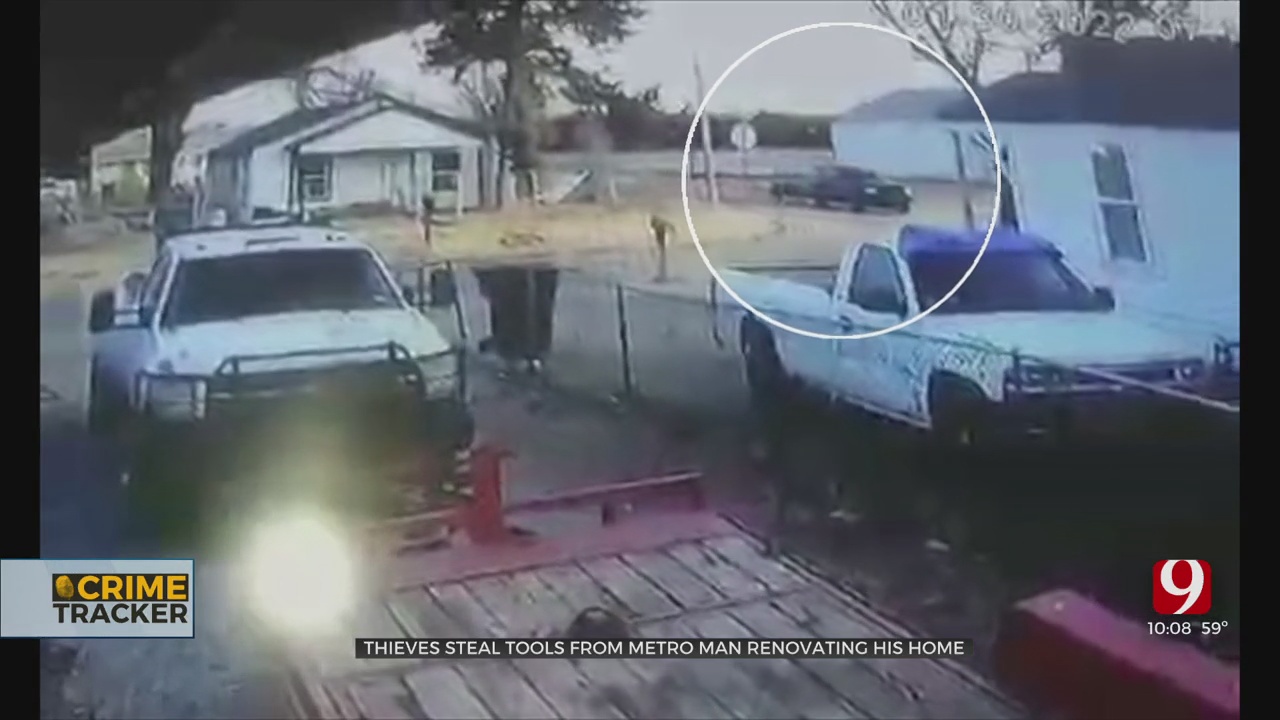 A metro man is unsure where he and his wife will live after thieves broke into their future home and stole tools he was using to remodel it.

After suffering a recent heart attack, he said he can’t afford to replace what was lost.

Ryan Golden has not been medically released to work.

Without his tools, he says he and his wife will have to pay a mortgage on a home they can't live in, while also paying rent on another house--something they can't afford.

“I’m at a standstill. This is what you see, this is what my wife and I will have to move into,” said Ryan Golden.

Theft suspects were captured on surveillance video in broad daylight.

“The lock on the gate was cut. and my back door is standing wide open,” said Golden.

A look around his house on Laird near SE 10th confirmed Ryan Golden and his wife's fears.

“She said it's all gone. I looked over and go my travel trailer is gone,” said Golden.

The timestamp on surveillance video showed the suspects-- one in a dark SUV pulling a flatbed trailer, and a lookout in a black car, were in and out in just five minutes.

“They took my two saws, my two drills,” said Golden.

After his heart attack seven months ago, then the loss of Skipper, a dog who made national headlines last year.

With just him and his wife making the improvements, Golden said he’s not sure where they will turn.

“It'll take me a year to get up the money to buy the tools and stuff that's gone,” said Golden.

Golden is not sure how much more he can take.

“I mean your heart can only handle so much pressure,” said Golden.

Golden says he wants his trailer back- no questions asked.

In the meantime, police are reviewing surveillance video, and hope to identify the vehicles involved.