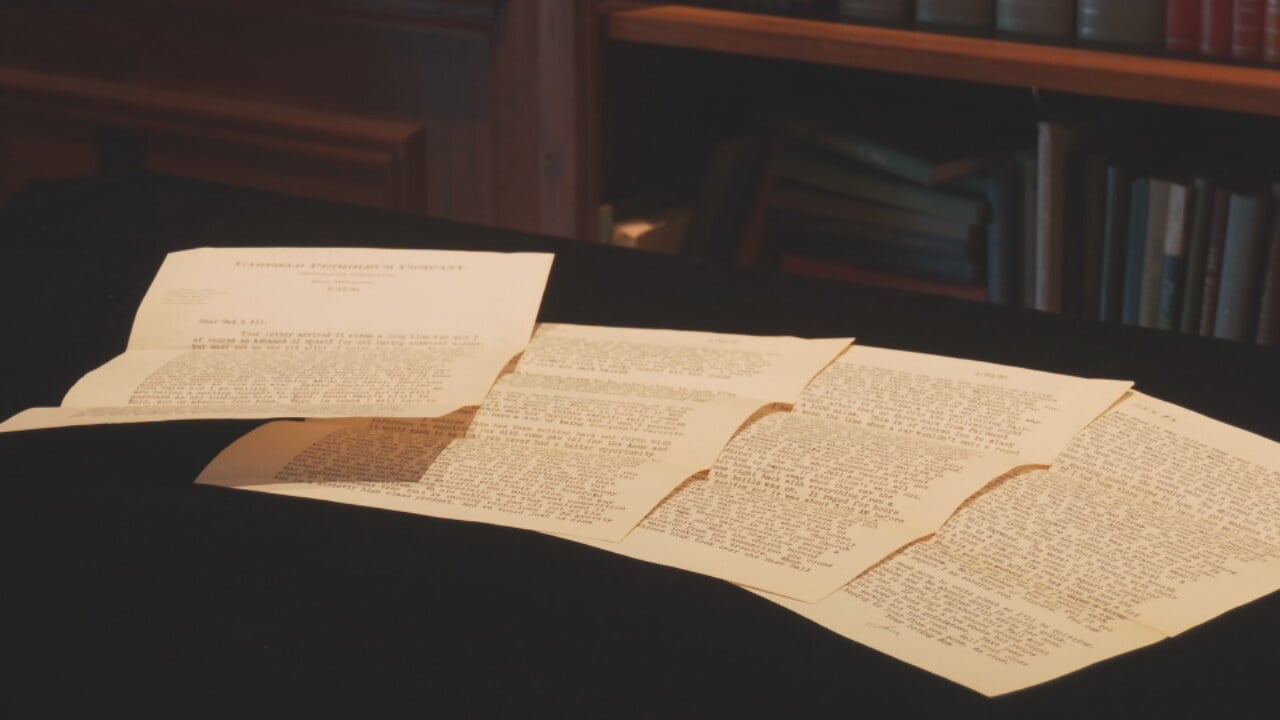 The Tulsa Historical Society was recently given a letter from 1921 that describes the Tulsa Race Massacre from one man's point of view.

The letter was first found 20 years ago inside a wall of a New York home that was being renovated. The Tulsa Historical Society said the donation of this letter is rare, both because of the content and because it is in great condition. The four-page letter from a man living in Enid, written to his parents in Olean, New York, doesn't mention the Tulsa Race Massacre until page three.

Thomas Sharp writes about his family life and his career, then goes on to write about the aftermath of the massacre, after he made a visit to Tulsa.

"I would caution anyone who is interested in reading this: you need to be prepared,” Place said.

The Tulsa Historical Society has the full, untouched letter online for anyone to read.

"We are saying to the world, 'We are holding nothing back.' And so when a letter like this comes to us, there is no doubt, no hesitation on our part that we will make this, in all of its ugliness, available for others to learn by,” she said.

A New York woman donated the letter, which was first discovered by her brother while he was renovating a home in the town of Olean.

"The letter was inside of a wall. We think that it probably slipped down through the attic,” Place said.

The donor told News On 6 on the phone that her dad gave her the letter about 20 years ago, and her brother has since died.

The woman and the historical society could not verify if the letter was found in the same home it was originally mailed to more than 100 years ago. But the letter will now live on, preserved for future generations.

"Hopefully, the artifacts such as these from our past will help us have courageous conversations today that will affect tomorrow,” Place said.

News On 6 talked to the donor on the phone, who said when she recently re-discovered the letter, she considered throwing it away.

But she said she is glad she changed her mind, and ultimately hopes it "helps the world become a better place."

Place said the historical society received the letter several months ago and spent time verifying the letter by using information from the U.S. Census Bureau and Findagrave.com.

The historical society encourages anyone who may have an artifact from 1921 in their home, to consider donating it.

For more information about the Tulsa Race Massacre from the Tulsa Historical Society & Museum, see below:

Audio clips of oral history interviews with survivors and contemporaries are found at this link: