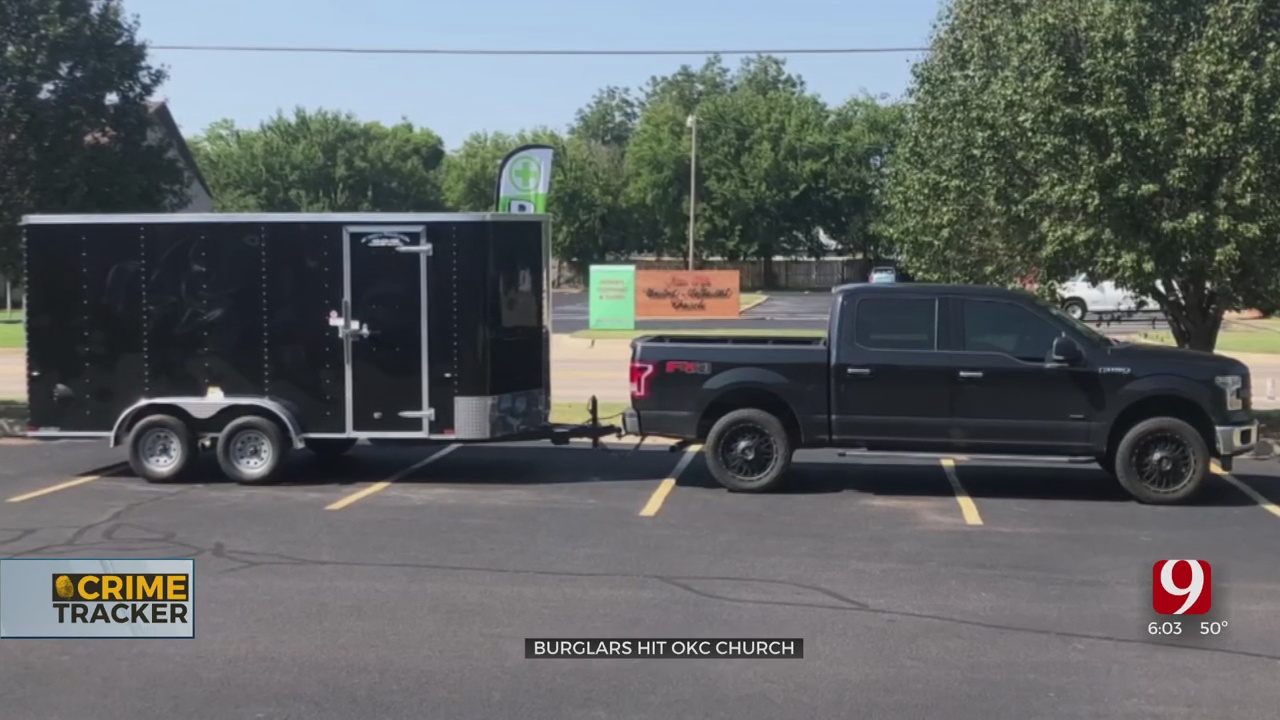 A local pastor is seeking the public’s help finding the thieves who stole his church’s trailer over the past weekend. The trailer and everything inside were worth about $60,000.

The small, mobile church meets at the Will Rogers Theatre on north Western Avenue. Thrive Community Church pastor Tyler Barnes said on Wednesday everything they need to hold Sunday services was inside the trailer.

“We were just devasted and heartbroken,” said Tyler Barnes, Thrive Community Church pastor. “Because we’ve put all our blood, sweat and tears into that stuff.”

Some of it cannot be replaced, like the handmade stand Barnes used every Sunday. Barnes said since the beginning of the church in 2020 they have been fighting Covid and now this.

“We really don’t know what happened other than it was a crime of opportunity,” said Barnes.

Sometime over the weekend, thieves stole the church’s large trailer that was parked in another church parking lot near northwest 48th and Western Avenue.

“I’m sure they thought they hit the jackpot on some of the sound equipment stuff,” said Barnes. “And the other stuff it breaks my heart to think it’s in a dumpster somewhere.”

Unfortunately, the cameras on the building were not working at the time of the theft, but police have opened an investigation.

Barnes said the mobile church was only temporary until they could move into their permanent space that is under renovation. They said this was a setback but plan to keep moving forward.

“Jesus didn’t have all that stuff and so we think we have to have it,” said Barnes. “But at the end of the day we can do without it, and everything is going to be OK.”

If you have seen the trailer or saw anything suspicious in the area of northwest 48th and Western Avenue on Sunday, you are asked to call Oklahoma City police at (405) 235-7300 or email Barnes at tyler@thriveokc.church.