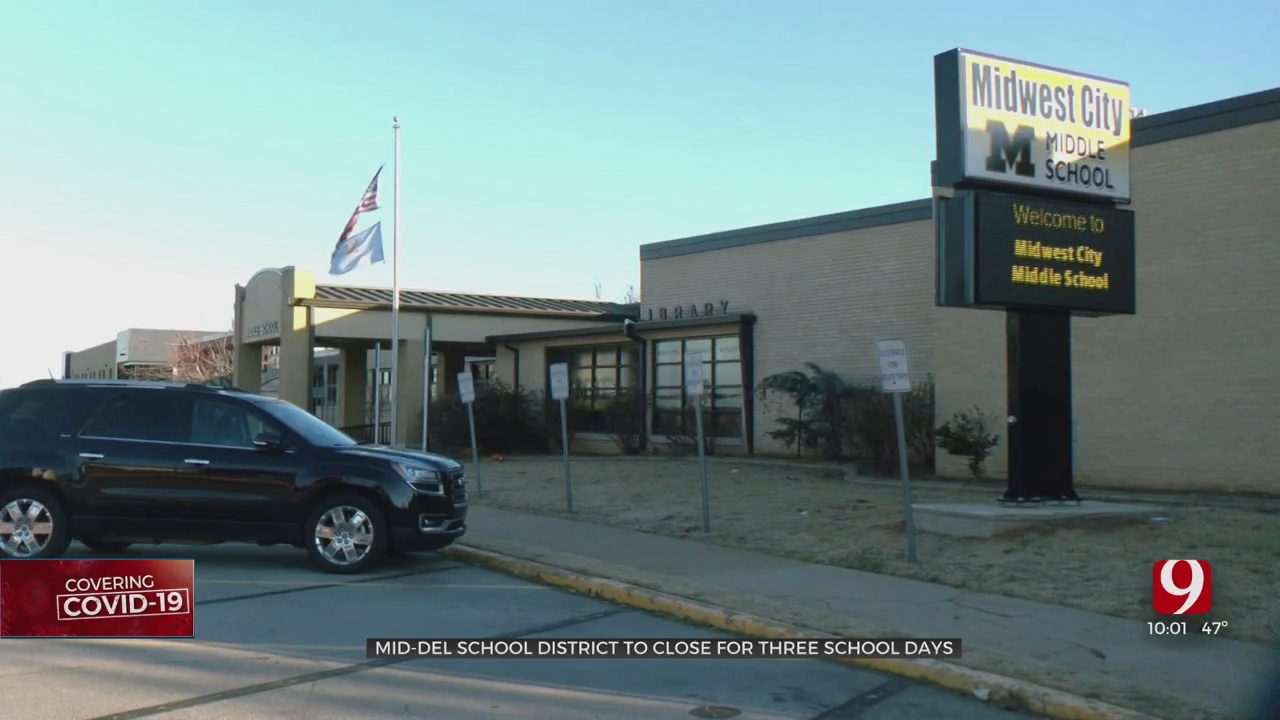 While a number of schools are going virtual the rest of the week, two school districts are closing. Yukon Public schools and Mid-Del will be closed January 13th-17th.

Dr. Rick Cobb, the Mid-Del Superintendent said he is hitting the re-set button.

The district said last week a quarter of the student population started called out. Followed by a surge in staff members this week—making it impossible to keep schools open.

"We’ve had people pulled from one position to another, to cover classes to cover kitchens to cover bus routes. We are out of people to cover now,” he said.

The superintendent said critically low staffing has educators wearing too many hats.

“When I was at one of our elementary schools at lunch the principal was in the kitchen behind the shield serving lunch to kids,” said Cobb.

“There have been a couple of times my daughter has had to stay home and isolate due to exposure. She has her schedule re-dome last week because of absences,” said Margaret Robinson, a Mid-Del Parent.

The district considered virtual learning before deciding to close.

“People are out, whether it’s students or teachers, they are out because they are sick. They should be focused on getting well,” said the Superintendent.

“It was quite an outstanding move by the school district. Both worried immediately about what I am going to do for childcare but also very pleased to see that they are putting public health as a priority,” she said.

“Everybody making these hard decisions is focused on how can I do the most good for the most people with this decision and that’s where we are right now,” said Cobb.

While the decision comes with stress, Robinson said she saw it coming.

“It is disappointing that we are two years into it and we are at the point that we have to close an entire school district,” said the Mid-Del parent.

The superintendent said the district can’t even fill one-third of their substitute positions which also affects the quality of instruction.