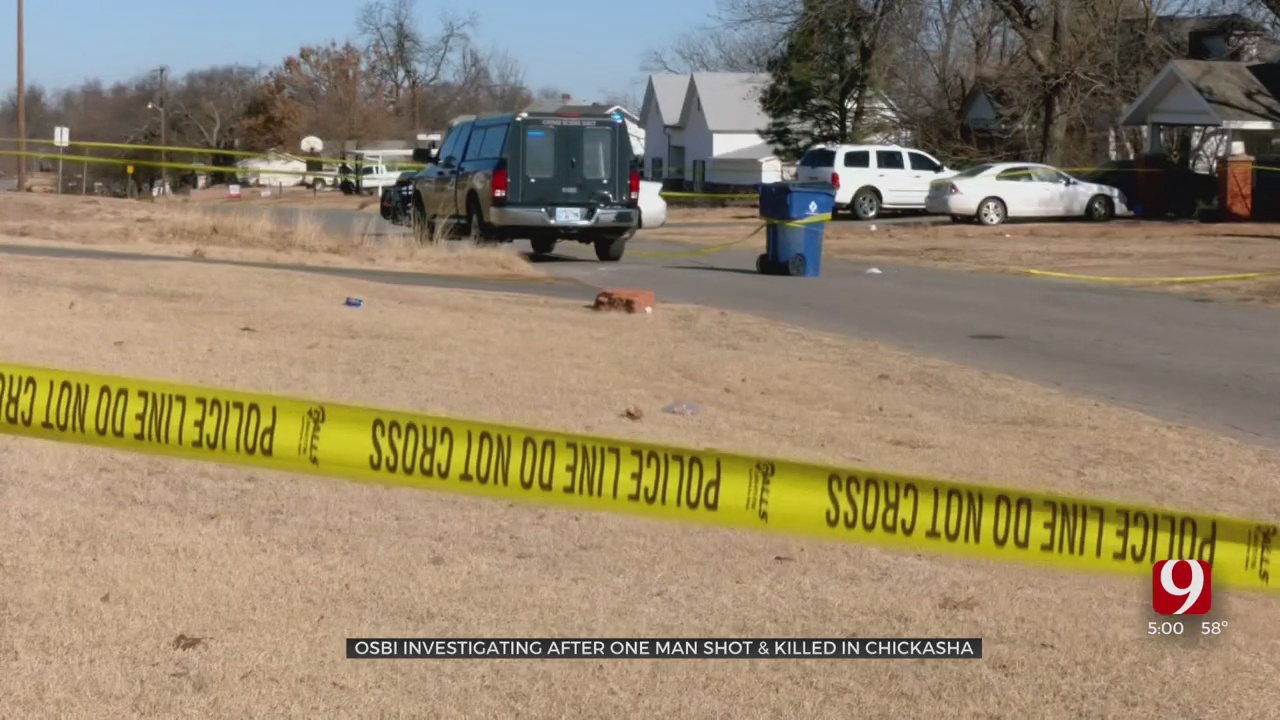 A man was shot and killed after he allegedly tried breaking into someone’s home early Tuesday morning, the Oklahoma State Bureau of Investigation said.

Jeremy Kirkley was up early Tuesday morning and getting some coffee before work. However, what is usually a normal routine, turned into the start of an unusual situation.

"I had seen a car over at KFC and seemed to be backing up to the front door," said Kirkley, a neighbor. "It was getting awfully close so I just keep looking and it ended up shattering the glass."

According to the OSBI, a man drove his car through the front door of a KFC, before eventually driving across the street through people's yards near S. 5th and Missouri.

"At that point in time, the suspect gets out of his vehicle causing a ruckus," said Brook Arbeitman, OSBI spokeswoman. "Knocking on windows, banging doors, making a lot of noise, which woke people up."

One homeowner and his wife noticed the man had backed up into their house and went outside to check.

"At that time, the suspect then comes onto the homeowner's porch, kind of tosses his wife aside, assaulting her and then goes into the home," Arbeitman said.

The homeowner then grabbed a gun and shot the suspect and killed him, agents said. Kirkley said nothing like this has ever happened on this street before.

"Being this close to it, seeing it before it happened, that's a first," said Kirkley.

Investigators are still working to figure out why the man was at the KFC to begin with and what caused him to drive through the neighbors' yards.

The OSBI said the homeowners are being cooperative and no arrests have been made. The suspect has still not been identified.