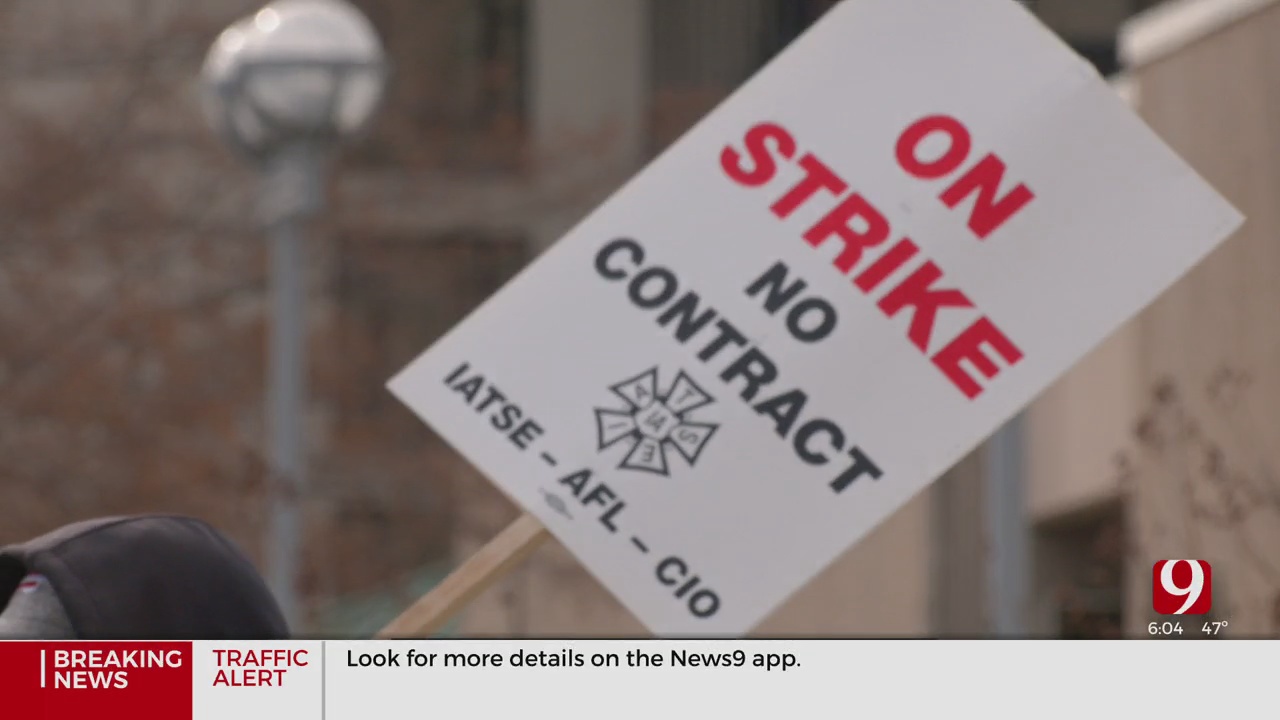 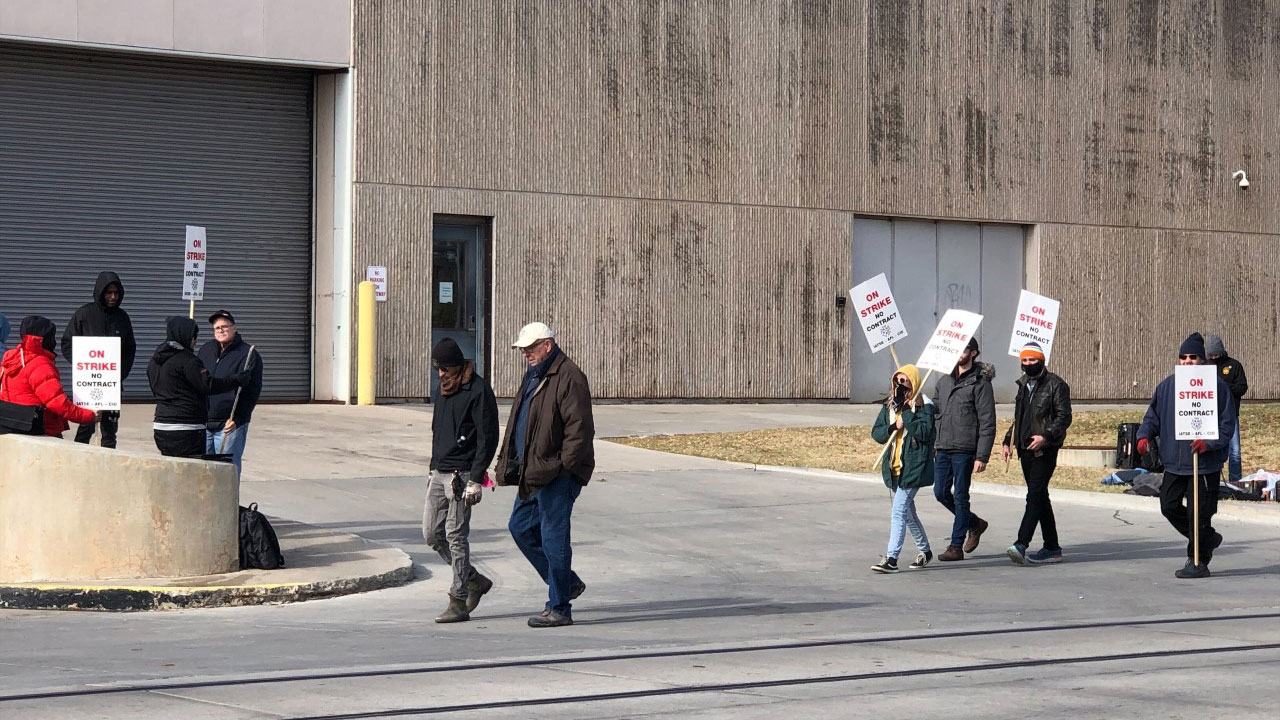 A film crew previously at work in the heart of Oklahoma City is on strike.

The stoppage started when about 40 crew members walked off set and halted production. Their reason? They want to unionize.

Crew members on the Nefarious Film LLC project at Prairie Surf Studios in downtown Oklahoma City walked off set and onto a picket line Monday to get an IATSE (International Alliance of Theatrical Stage Employees) union contract. The strike continued into Tuesday.

Prairie Surf is not a part of the negotiations, as they rent the space to production companies to use. The studio released the following statement as workers paced the sidewalk in front:

“Prairie Surf Studios is a private motion picture and television production facility in Oklahoma City, in the business of renting its soundstages to major and independent production companies. A national entertainment industry union is seeking to obtain collective bargaining status for certain employees of the movie production currently filming for a limited time at Prairie Surf Studios.

"We are not a party to this dispute. We will however abide by the requirements of state and federal law in ensuring that Prairie Surf is and remains a safe and productive work environment for our clients and those they employ on their projects here.”

"Early in the morning it's been brutal, but everyone is pretty solid and resolved," said Wacker.

Wacker said the crew requested the movie's budget information from the production company, but those requests went unfilled.

Members even filed unfair labor practices charges against the company with the National Labor Relations Board. They allege Nefarious fired, interrogated, and used coercive actions against employees when word of unionizing spread.

Crew members said they will be at the picket line until the production company comes to the bargaining table.