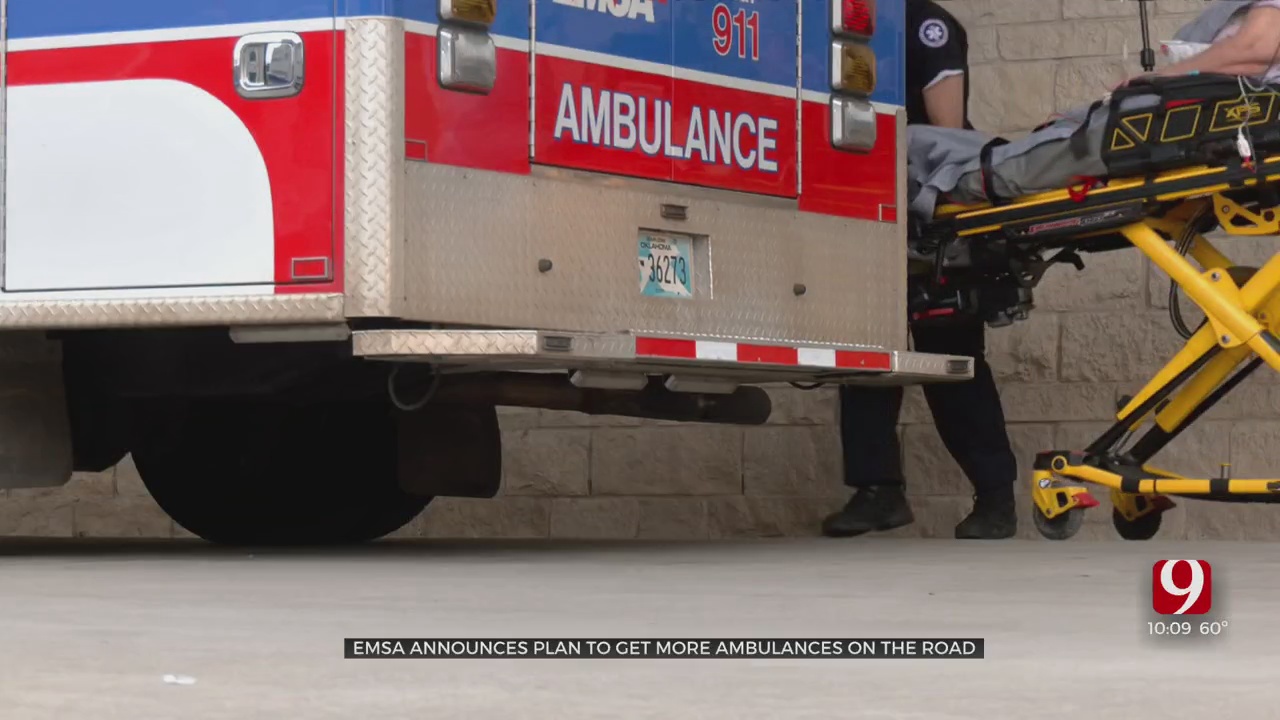 The City Council in Oklahoma City approved of a change to city ordinance to allow for EMSA to staff additional ambulances without a paramedic to provide what is known as Basic Life Support (BLS).

The ambulance service first proposed the change to the council on October 26. Click here to watch the EMSA presentation.

As the agency continues to battle with a nationwide staffing shortage of medical workers, EMSA will soon staff additional ambulances to respond to low-severity or non-life-threatening calls. The BLS ambulances will be staffed by two Emergency Medical Technicians (EMT).

Until now, EMSA has been required to staff each ambulance with a paramedic, so it is qualified to deliver Advanced Life Support. A shortage of paramedics has strained the agency, according to Chief of Operations Christopher Jenkins.

Jenkins said EMSA will continue to staff the normal number of ALS ambulances, which ranges from about 24 to 36 depending on the time of day. The agency plans to staff between three to seven BLS ambulances to expand their availability.

“They’re all highly trained, they’re all very competent, and if you need something that they can’t perform, they are going to get it for you. You don’t have to do anything different,” Jenkins said.

EMSA officials said they hope to increase their average response times in their Western Division, which includes the Oklahoma City metropolitan area, in order to meet compliance standards.

In September, 54% of EMSA response times met the compliance standard.

EMSA officials told the city council in October that adding additional BLS ambulances to supplement their fleet of ALS ambulances could increase their compliance rate by 5 to 10%.

“We hope that this will mean that they are out in the community ready to respond instead of being on a call that could have been handled on a more appropriate level,” Jenkins said.