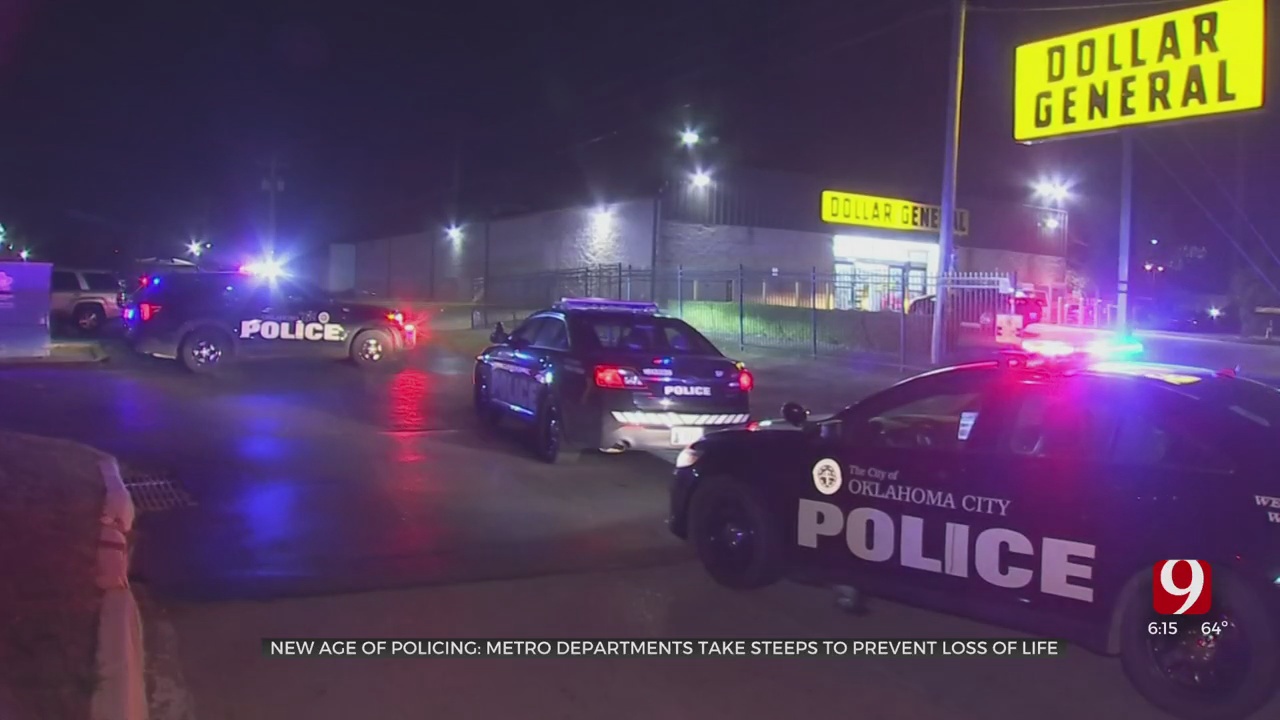 Since 2019, Oklahoma has seen almost 100 incidents of police shootings, the FBI said. Almost a dozen happened this year.

News 9 spoke with some metro departments on how they train officers to keep situations from deadly force.

One department is invested in a new tool, while another is letting cooler heads prevail. Both said they want to prevent the loss of life.

A study published by the Lancet looked at numbers going back four decades from 1980 to 2019. It ranked Oklahoma number one for people killed by police.

Some police departments now re-think how they interact with the public.

"[We] look at community expectations we not have to look within ourselves and go, 'OK, well is what we're going legal? Yes, but is there another way to do it? Is there a different way the community expects us to do it,'" said Moore police Lt. Kyle Johnson.

Moore police have a new piece of de-escalation equipment, a Taser with two shots. It can also be used with better accuracy at near and farther away targets.

They said it can be the difference that stops an officer from the use of deadly force.

"Sometimes when you're dealing with combative individuals you might miss your first deployment and you might need a second shot," Johnson said. "As I say, it's just a tool in a toolbox, truly it is. We have multiple tools in our toolbox."

The FBI tracks self-reported data for police use of force. That means any time an officer fired shots at a suspect, shot or killed them. Since 2019, Oklahoma has seen 91 incidents and 11 happened so far in 2021.

Oklahoma City police shared a video of their de-escalation techniques in practice. It was after a man was found passed out in a car and a gun within arm's reach.

"So instead of knocking on the windows, they got a safe distance, got extra officers and were able to communicate with him," said Oklahoma City police Capt. Valeria Littlejohn.

She said it took officers about an hour to wake him up. Community organizer, Jess Eddy, sees a problem with their approach.

"Police bring a certain attitude of compliance or submission, or we will escalate with force. Police officers look first at threats and risks, they look at people through a prism of a threat of violence," he said.

The incident in Oklahoma City happened two weeks ago. Police said the suspect was also had drugs in his possession.

Moore police said they should have all officers trained and equipped with the new taser by next week.