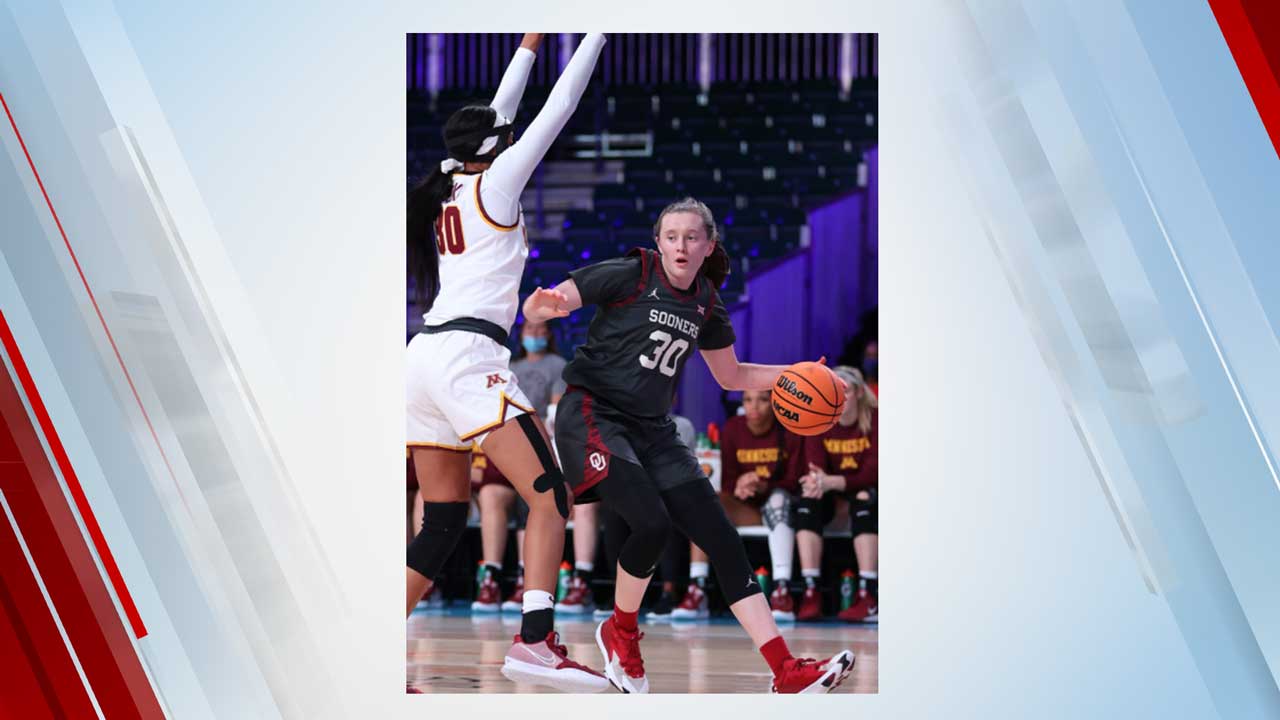 Taylor Robertson scored her 1,500th point and led the Sooners in scoring (19 points) for the third straight night, powering Oklahoma past Minnesota 88-69 in the final game of the Women's Battle 4 Atlantis on Monday.

"I'm so proud of this team and what we accomplished this week," first-year OU head coach Jennie Baranczyk said after the win. "I think what we learned this week is that whenever we play our game and play for each other, we are a really, really good basketball team."

OU shot 50% from the field in the first quarter in outscoring Minnesota 27-14. The Gophers employed a full-court press in the second quarter and forced eight turnovers to cut the Sooners' lead to 11 at the break (41-30).

Baranczyk's team made the necessary halftime adjustments and matched Minnesota's 19 third-quarter points before pulling away in the fourth quarter behind a 16-5 run to claim fifth place at the inaugural event with a 2-1 record.

The Sooners shot 45% on the night and made 11 3-pointers, marking the third straight game with double-digit 3s. But the game was won on the glass, where the Sooners outrebounded a much larger Minnesota team by 20 (51-31) and held a 14-2 advantage in second-chance points.

Williams' performance marked the first time a Sooner recorded consecutive double-doubles since she accomplished the feat in November 2019. Robertson's last bucket of the night, her 22nd make of the tournament, swished through the net from deep and made her the 12th 1,500-point scorer in Oklahoma history and the first since Aaryn Ellenberg in 2014. Robertson finished 21 for 44 (.477) from 3-point range during the three-game tournament and averaged 25.0 points per contest.

The Sooners return to Norman to begin prep for their contest at SMU, slated for 7 p.m. on Tuesday, Nov. 30.

Preview: Thunder Prepare To Take On Hawks In Atlanta