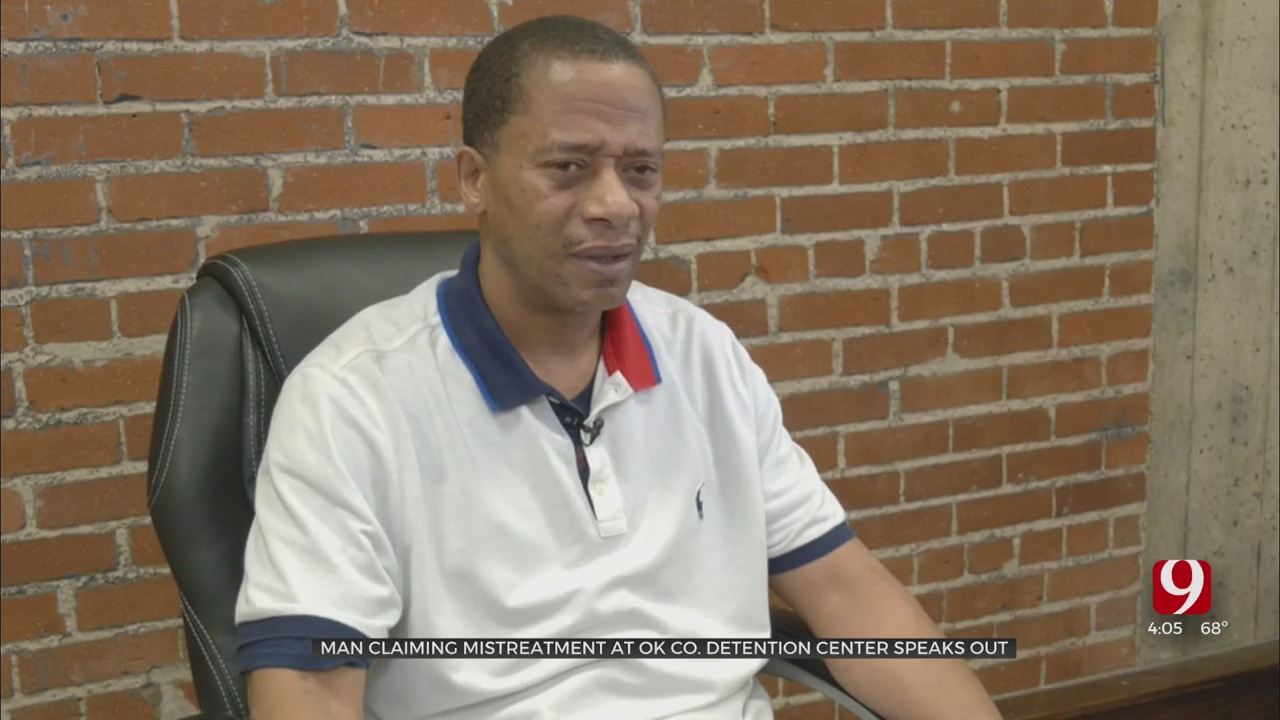 One of the men accusing Oklahoma County jail employees of cruelty in federal lawsuit last week said he hopes the detention center makes changes due to the abuse that occurred.

John Basco, 47, was a pre-trial detainee when he said he was tortured in the middle of the night at the Oklahoma County jail.

He said he was afraid and didn’t know what was going to happen to him.

“I feel violated,” Basco said as he described the incident.

Court documents said he was woken up by two jailers who took him from his cell and cuffed him.

Basco said he was taken to a room that he said is typically used for attorney-client meetings, where no one can see what’s going on.

“On the wall, there’s a bar where you chain inmates too, but its low so I had to crunch down, and be in this position like this, standing, for hours,” he said.

Then, the jailers turned on the "Baby Shark" song, and played it loudly while he was alone for several hours.

“With all the other stuff going on it just added to the…I don’t know what I can call it. It was just torture, I guess,” Basco said.

Basco is one of four plaintiffs in a recently filed federal suit, claiming they were mistreated at the Oklahoma County jail in a similar fashion while in custody as pretrial detainees.

“You hear something like that over and over again, it drives you, you know what I’m saying, to the point that you want to scream. Like, what are you doing this for?” he said.

The incidents are said to have taken place in 2019 before the jail trust took over.

The Oklahoma County Detention Center confirmed they no longer work there.