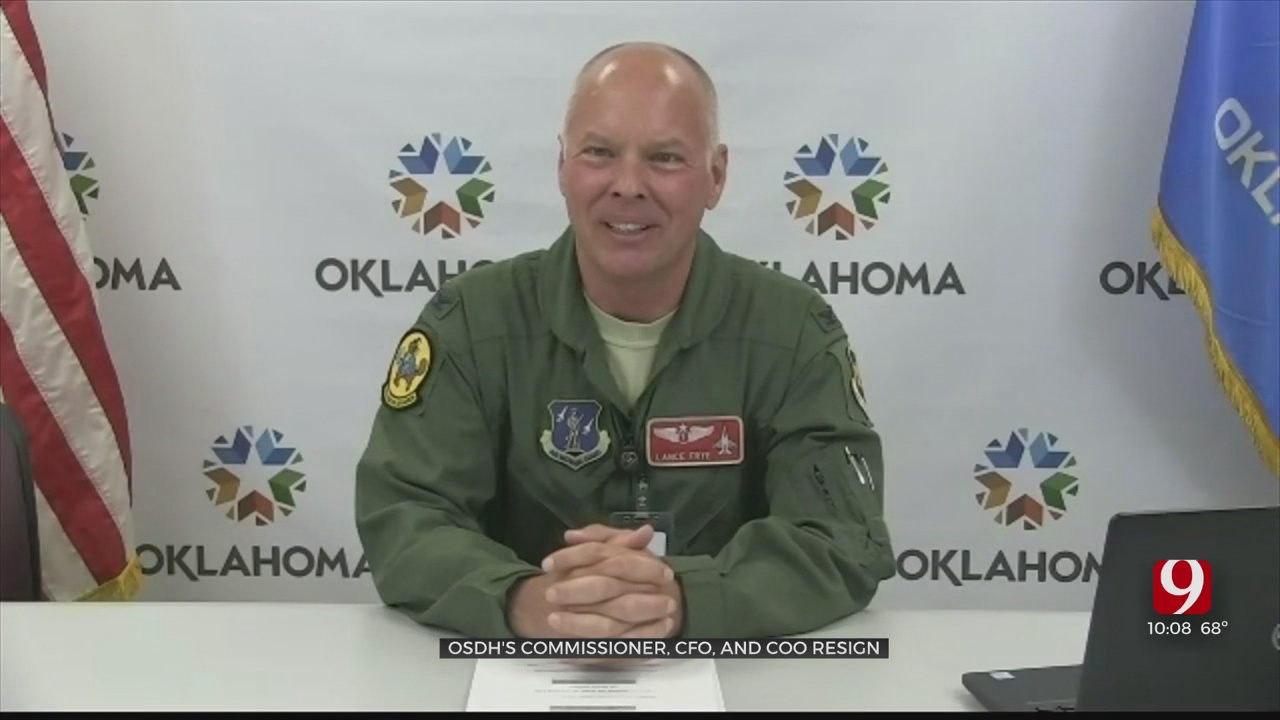 The Oklahoma State Department of Health is losing multiple leaders. The department announced the Commissioner of Health's resignation Friday afternoon.

OSDH confirmed their CFO and COO have also resigned within the last three weeks. News 9 was not told why they left, but a letter acquired Friday gives insight to Frye's departure.

In a press conference on May 22, 2020, Governor Kevin Stitt said, “I’m confident our State Department of Health will be in great, great hands.”

“The governor has said his number one goal is to protect the health and lives of Oklahomans and that is a mission I am honored to carry out,” Frye said in May when he was appointed.

Now armed with vaccines, and what Frye called “improved public health infrastructure" he is stepping down as Commissioner of Health.

Gov. Kevin Stitt said Frye provided “steady leadership” during Oklahoma’s pandemic response and he is “grateful for his service during an unprecedented time.”

In a resignation letter Frye said, “OSDH is transitioning from a pandemic response to endemic surveillance and the agency’s transformation is well on its way.”

OSDH released a statement saying, “the state owes him a debt of gratitude for giving his time.”

The Interim Commissioner of Health, Keith Reed said he looks forward to continuing to work side-by-side with OSDH staff as the department moves forward.

“I can’t think of anything more rewarding than being able to help Oklahoma get through this process,” Frye said in May.

News 9 obtained an email sent to OSDH employees Friday. In the email the department said they will “host a town hall early next week to discuss further and answer any concerns.”

We hope to learn more about the two other resignations and have requested those letters.