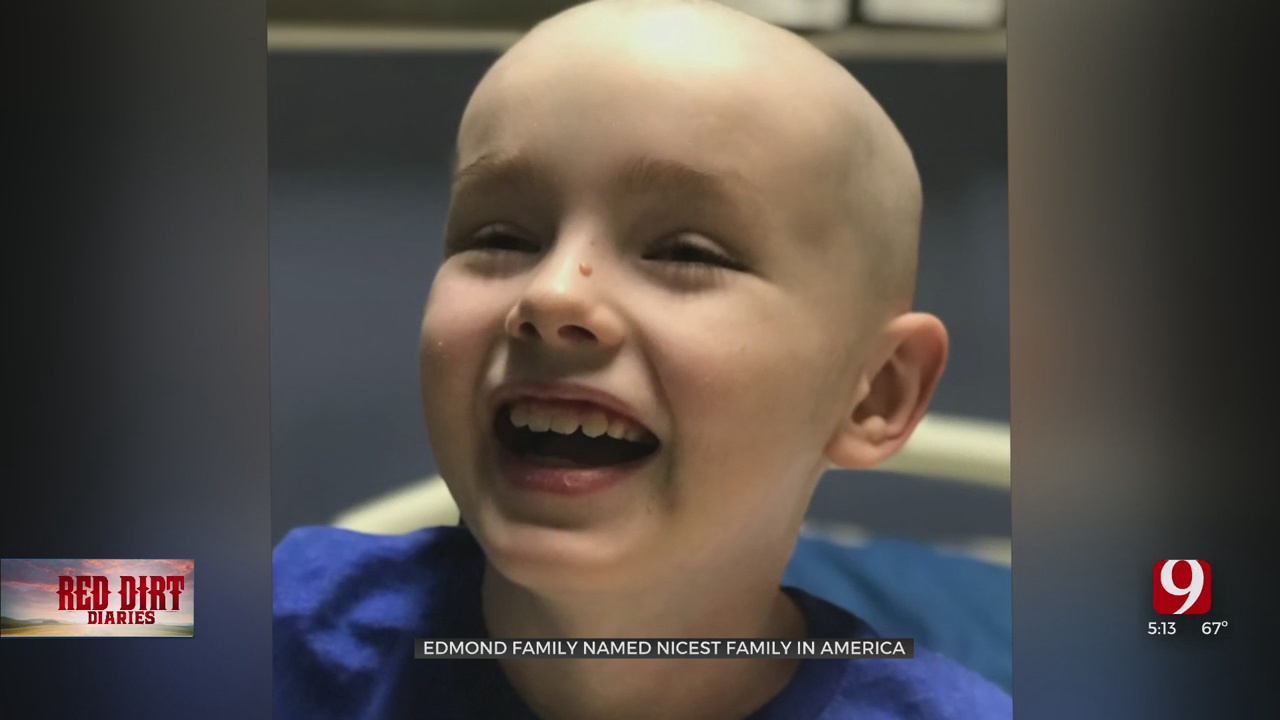 An Edmond family is making national headlines by showing the power of kindness.

That feeling is therapy for the Barrón family after the tragic loss of their son to leukemia.

During treatment at the hospital, Keaton started the Kindness Club, or K Club.

“The K Club was completely Keaton’s idea,” Keaton’s mom Holly Barrón said. “It cost $1 to join and the money was going to charity.”

It started with small acts of kindness, like taping money to hospital vending machines.

But when Keaton died in 2018 at the age of 8, the K Club became therapy for his grieving family.

“I think that is the only way we are surviving honestly. I think God and Keaton gave us the K Club as a gift, a place to put our grief,” Barrón said.

The Barrón family has hosted auctions, golf tournaments and other fundraisers.

They’ve raised $772,000 for charity, including donations to pediatric cancer research.

They throw parties for young patients celebrating milestones at the hospital.

Every month, they host “Keaton’s Lego Project” on the Oncology floor at OU Children’s Hospital.

“We take 50 to 60 huge awesome Lego sets and set them up like a store. The kids pick whatever they want to keep,” Barrón said.

Now, the Barrón’s kindness has landed them on a the cover of a national magazine.

Out of 500 nominated families, Parents Magazine named the Edmond family its kindest family in America.

The issue is due out soon.

Holly and her husband, Luke, surprised their three kids with a trip to New York City for the magazine photo shoot.

This month, they also appeared on The Today Show.

The K Club has members in all 50 states and several countries, but it’s always looking for new members.

“We are so blessed to be able to tell Keaton’s story,” Barrón said.

You can join the club by clicking here.