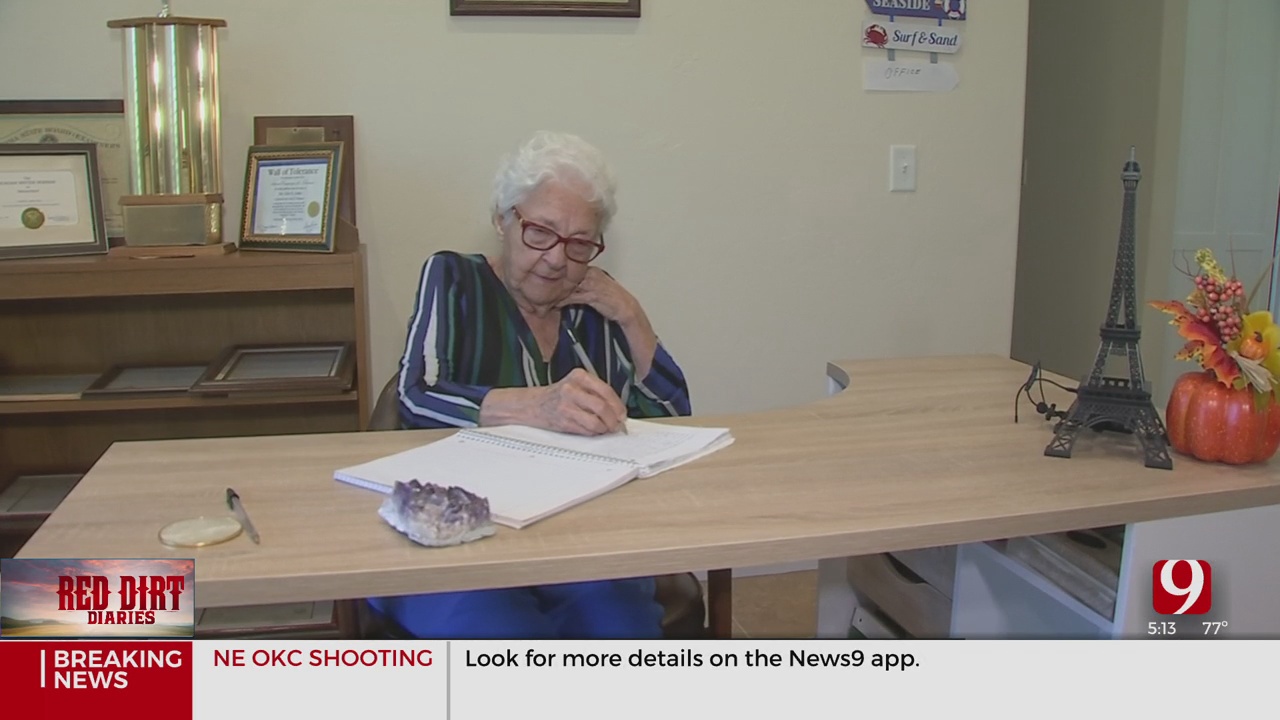 At 102 years old, Dr. Ellen Oakes does living room laps with her walker.

She has a horn she blows every morning to improve lung capacity.

Yet, she still isn’t sure on the secret to her longevity.

Her daughter said is the answer can be found in several spiral notebooks.

“We were trying to figure out what we could do because we were isolated,” said Ellen’s daughter, Deborah Oakes, about the pandemic.

The former psychologist started thinking of her long life and put pen to paper for a book.

Ellen Oakes was born in an oil field, lived through the depression and the dust bowl.

All those details were written about in between single spaced lines.

Right now, Ellen Oakes is writing the details of a story that made big headlines in Oklahoma City in 1980.

It surrounded a controversial and prominent Oklahoma City psychologist.

“Mom’s clinic that she co-founded was set on fire,” said Deborah Oakes.

One person associated with the cast was convicted of wiretapping the office of the Ellen Oakes’ business partner.

The mother and daughter were told the scandal could make for a good movie.

So the two have been meeting one a week over Zoom with a screenwriter.

Who knows if Ellen Oakes' 180+ pages end up on the silver screen.

But even at 102, she's proving not to be too old for new adventures.

“It was important to me to write it down and I'm still doing it,” said Ellen Oakes.

“I love that she still has fun,” Deborah Oakes said.