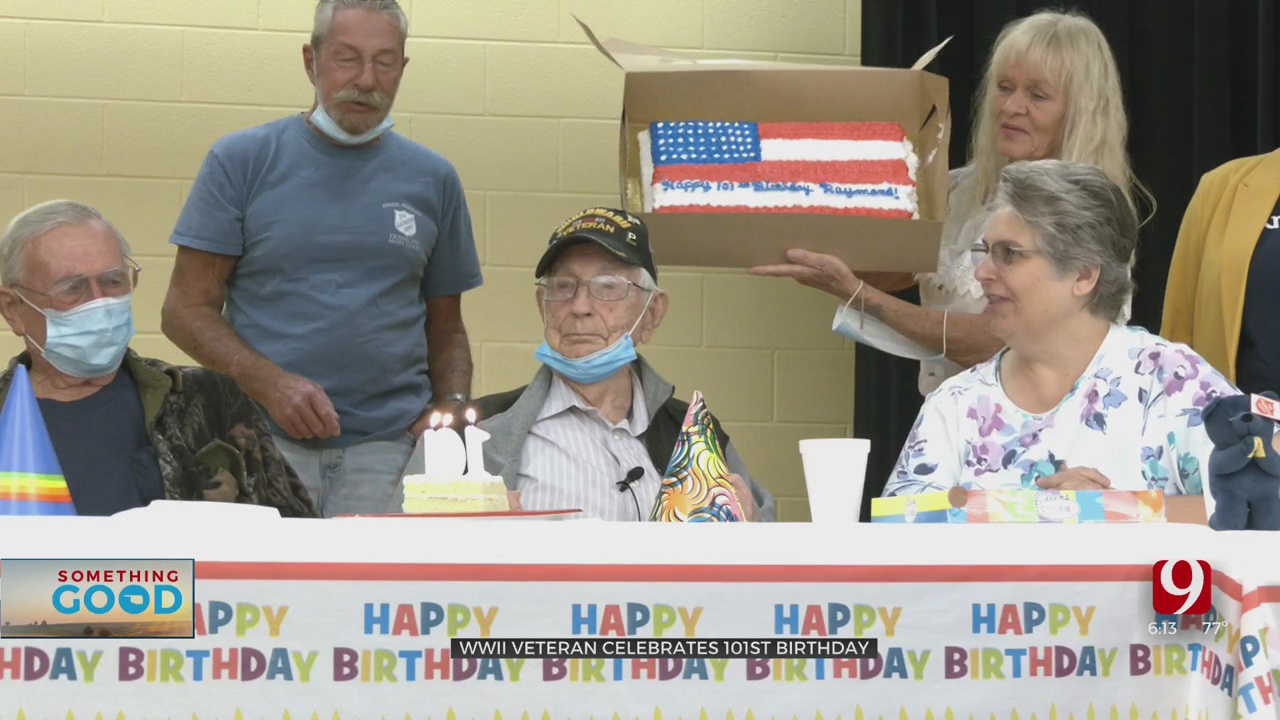 Oklahoma native and World War II veteran Sgt. Raymond Duncan is celebrating his 101st birthday Friday. He will also be taking the ride of a lifetime.

Duncan was surprised with a birthday party Friday afternoon, thanks to ArchWell Health and Salvation Army. ArchWell Health is a new primary care doctors’ office specifically for seniors in Oklahoma City and Tulsa.

Members of Duncan's family as well as the local community showed up to honor him and share a few kind words.

But the surprises didn't end there. He was also gifted a ride on a B-25 bomber named “Rosie’s Reply.”

“We kept it a secret,” said Nikki Zoth, Duncan’s daughter. “I knew he would be very excited about that because anything to do with World War II is his thing.”

Duncan served as a chief mechanic in the 487th bomb wing and has been honored by three presidents.

When asked the secret to living a long life, Duncan said to just live in the present.

“You just live one day at a time,” said Duncan. “This is my best birthday.”

Duncan will take flight at 11 a.m. Saturday at the Tulsa Air and Space Museum.