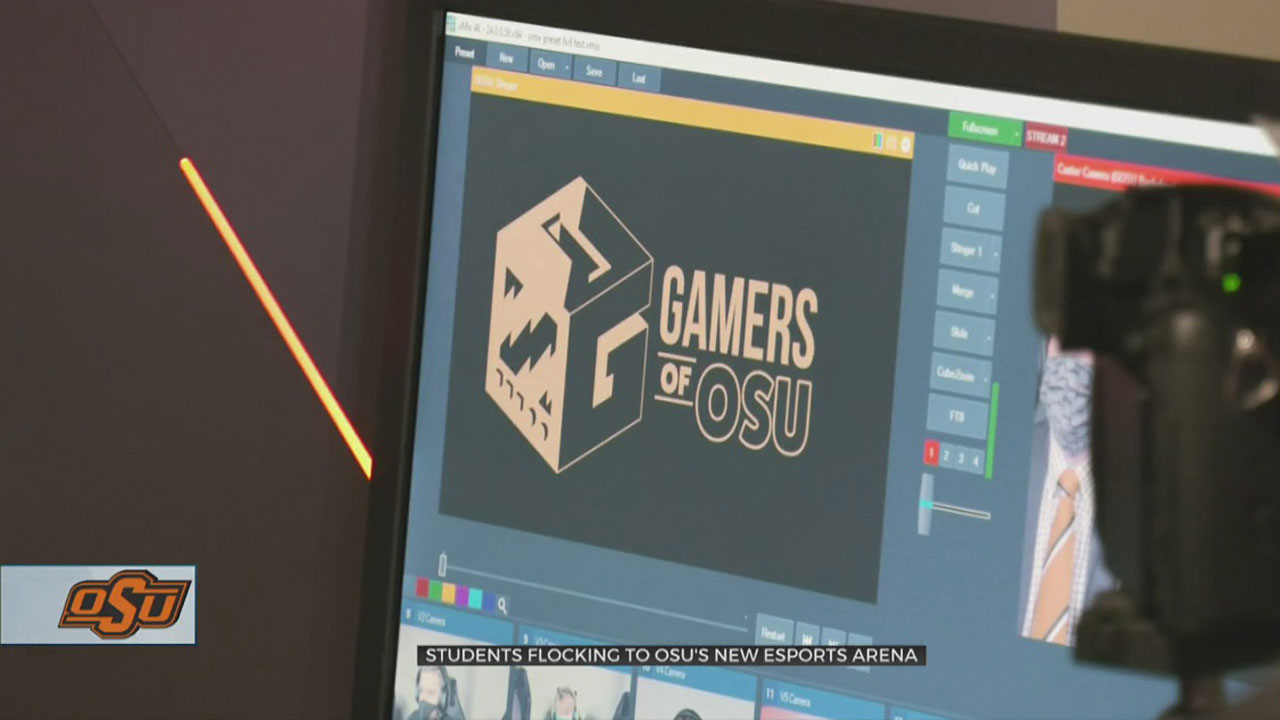 For student Josh Means, gaming is a big part of his life at Oklahoma State.

He plays on a League of Legends team for OSU, facing other colleges in tournaments.

"We host an OU and OSU Bedlam. We won that and took it home, the last game we played was League of Legends," he said.

League of Legends is a popular online game that's played across the world and can take months, if not years to master.

And any gamer will say, while skill is the most important thing, having good equipment can be the difference in victory or defeat.

"Everyone really games in some form or fashion. So, we took trips back in 2018 to see what other colleges were doing it at the time. We found a couple that really fit the model we were looking for," said Shaun Noll, manager for the OSU Esports Arena.

Open since July, OSUs Esports arena is welcoming back students this year with more than three dozen gaming stations,

a spot for live streaming, and towards the back, a group of computers for competitive gaming.

"Having this here is just amazing for me just to be able to pop in and get some games, and still be on campus and get back to class," said Means.

But for gamers like Means, the Esports arena is more than a cool spot between classes.

It's a steppingstone for wider recognition of competitive gaming, throughout college campuses.

"Kids are already playing the games, they are already good enough. We already have the talent here at OSU," he said. "So, it's really just getting the backing from OSU and outside investment to come in and really create those organizations."