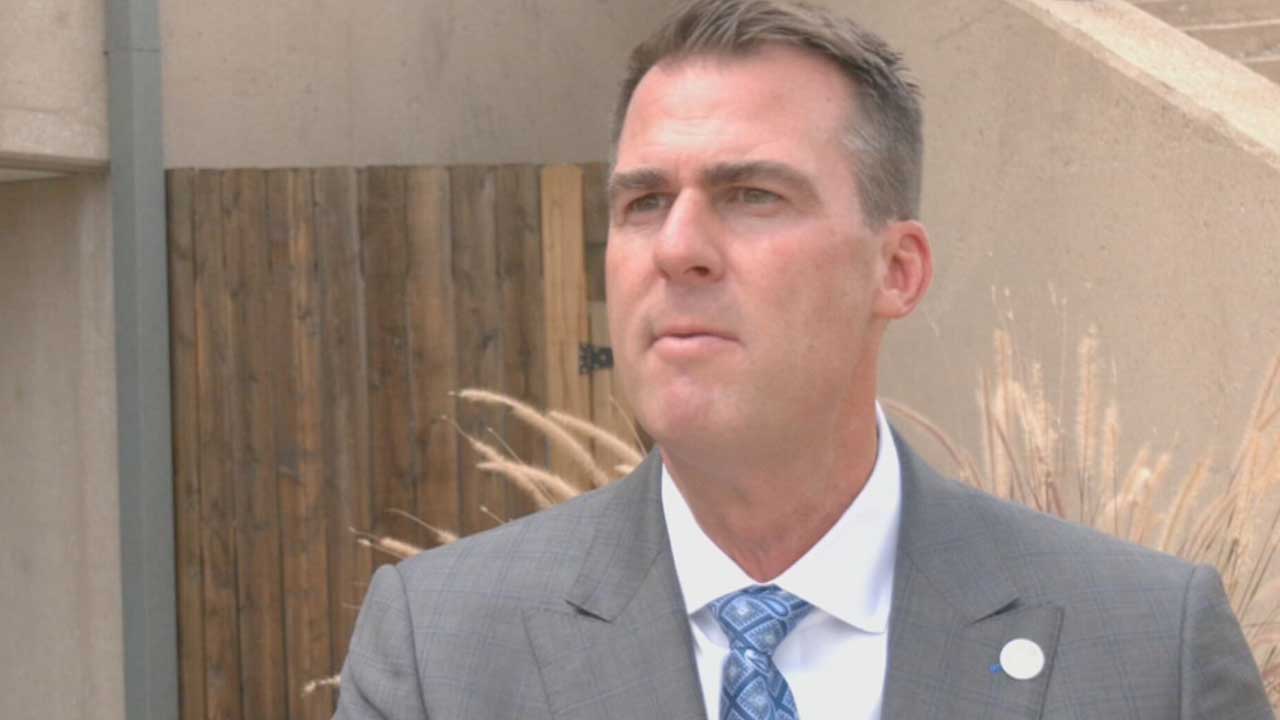 Gov. Kevin Stitt and his cabinet spoke to constituents in Ponca City Tuesday, as Democratic lawmakers criticized him at a hospital COVID-19 news conference in Oklahoma City.

“Quite frankly, it’s appalling that he’s out campaigning on taxpayer dollars on his top 10 COVID spreader tour at a time when he should be here listening to medical experts,” Rep. Andy Fugate, D-OKC said.

“His silence is very concerning to me,” Rep. Trish Ranson, D-Stillwater added.

“We’re letting our health department lead on this,” Stitt told News9 “We saw hospitals talk about it. I’m right here today down in Ponca City talking to you guys about it. We’re trying to do everything we can to help Oklahomans get through this very difficult time.”

“We are thinking about using the ARP money, American Rescue money, to bring in nurses from out of state. Our heart breaks for them. I just thank our hospitals, our doctors, our nurses for all the hard work that they’re doing,” Stitt said.

The governor also responded to Republicans who say he needs to call a special legislative session to push back against private business vaccine mandates.

“We’ve already made it clear that we’re not going to mandate vaccines for school children. We’re not going to mandate vaccines to go into a public building,” Stitt said. “But when it comes to a private business, we don’t want the government coming in and telling a private business what to do. That’s where I’ve kind of been from the very beginning and that’s where I’m at today.”

Stitt is also on opposite sides of some rank and file lawmakers in his party who said an OKCPS mask requirement that includes broad opt-out provisions breaks a state law passed last session.

“We have to protect the parents’ choice to either mask children or to send their kids to school without a mask and I think that’s what you’re seeing a couple school districts do. And I stand behind them as long as they’re giving the parents a choice, that’s what that law was intended to do,” Stitt said.

After 'Fire Fauci' Chants, President Trump Tells Crowd: 'Let Me Wait Till A Little Bit After The Election'