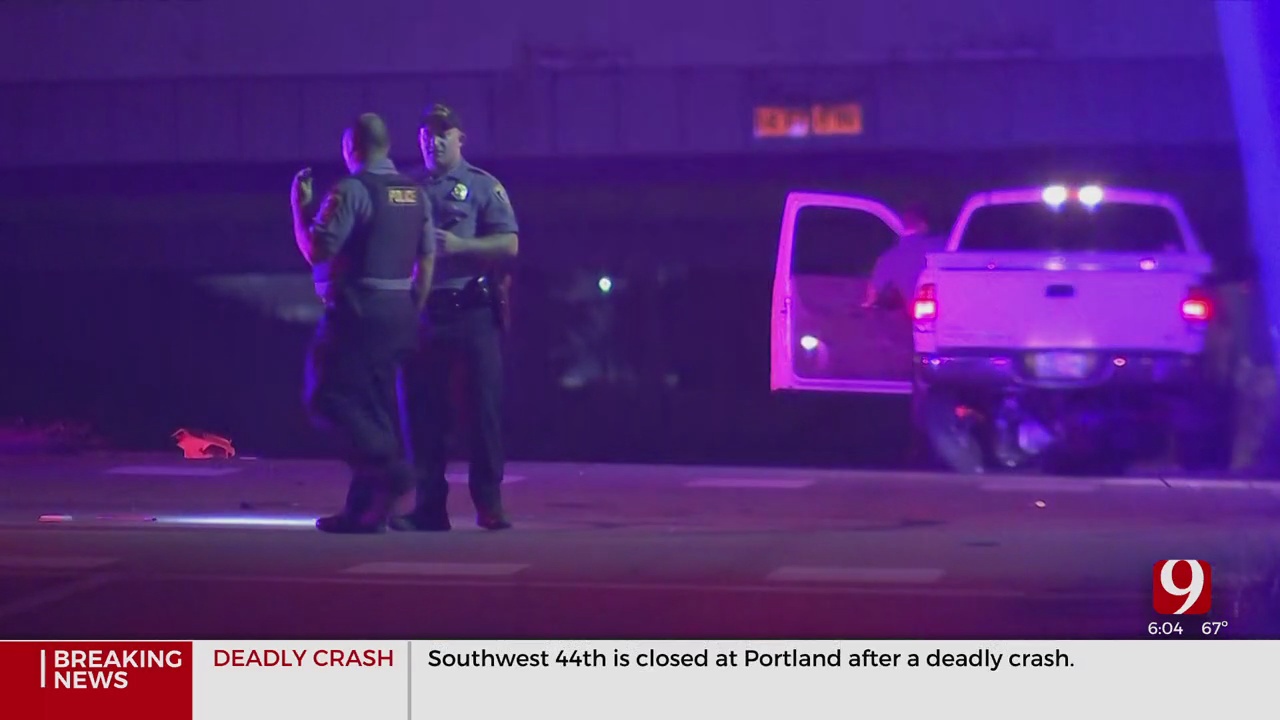 One person is dead after a crash early Monday in southwest Oklahoma City.

The crash happened after 2 a.m. near SW 44th Street and Portland Avenue.

The incident involved a motorcycle and a vehicle.

One driver was taken to a local hospital where they died, police said.

The intersection was closed while police investigated the fatality wreck.