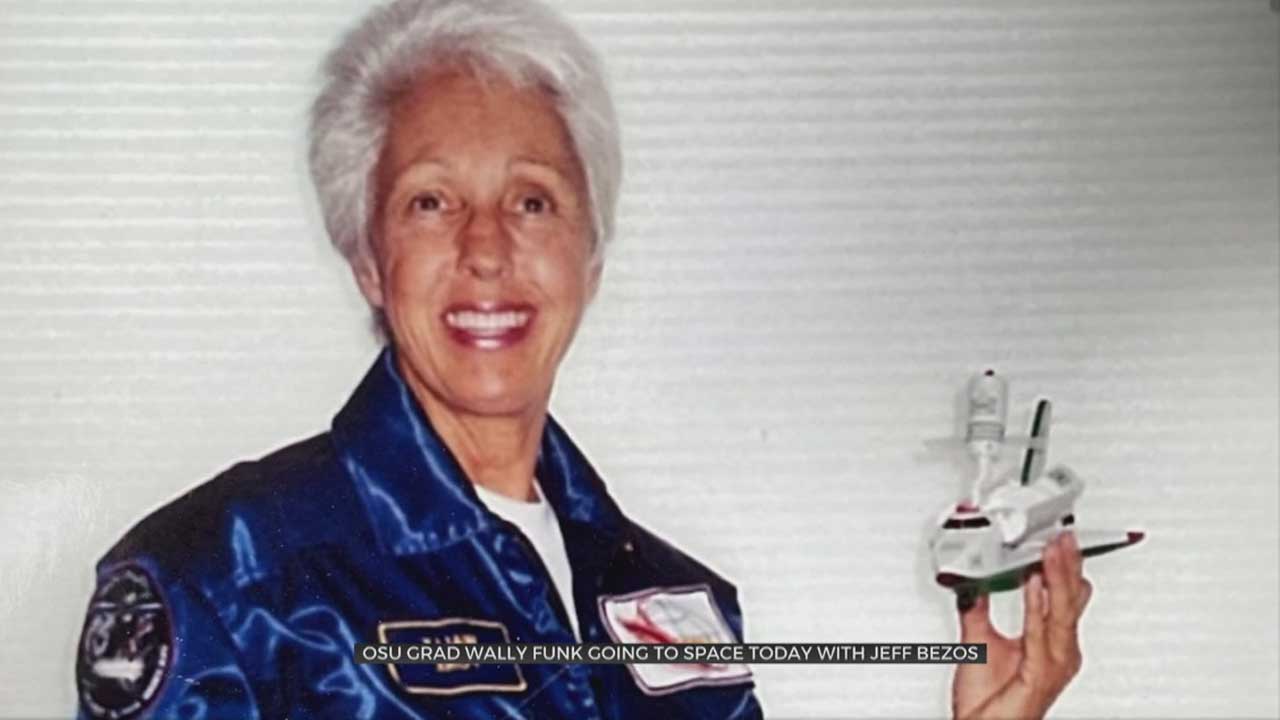 A flight instructor with Oklahoma ties completed her lifelong dream of going to space.

Funk was a Flying Aggie and OSU alumna who paved the way for women in aviation, which led to space.

She graduated from OSU in 1960. For two years, she flew at International Collegiate Air Meets and won awards like Outstanding Female Pilot, Flying Aggie Top Pilot and the Alfred Alder Memorial Trophy.

In 1961, Funk was at the top of her class as part of the "Mercury 13" program, a group of women who under went the same screening tests as the astronauts selected by NASA for Project Mercury.

The women lobbied the White House and Congress to be included in the astronaut program but none of the women ever flew into space.

Now, Funk will finally get her chance at 82 years old!

One week ago, Virgin Galactic's Richard Branson became the first person to ride his own rocket out of earth's atmosphere. But unlike Branson's spacecraft, Blue Origin's capsule is fully automated without pilots onboard.

The launch happened just after 8 a.m. and the capsule returned in less than 15 minutes.