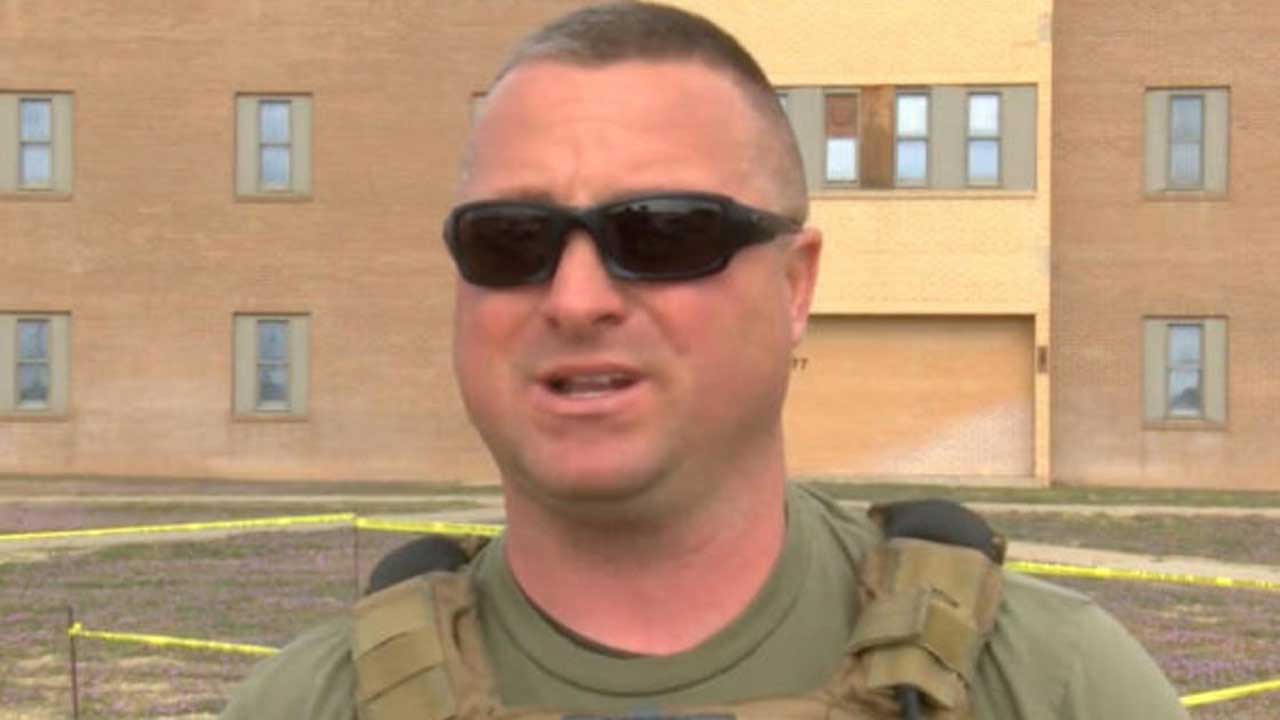 A SWAT commander leader is dead and four other officers wounded after an hourslong police standoff with a gunman Thursday in a small West Texas city, officials said. Authorities say the suspect was captured just before midnight in Levelland, about 30 miles west of Lubbock.

The standoff between the suspect and law enforcement had begun at the home around 1 p.m. after someone reported a man as possibly armed along the residential street. The confrontation escalated quickly, gunfire erupted as the suspect barricaded himself inside a house, and a standoff ensued.

Three of the wounded officers were taken to a Lubbock hospital. Sgt. Josh Bartlett of the Lubbock County Sheriff's Office was taken to Covenant Health Levelland hospital and died of his wounds, according to a sheriff's office statement. Bartlett was the commander of the sheriff's tactical unit.

Levelland police Sgt. Shawn Wilson was in critical but stable condition in University Medical Center in Lubbock after surgery, said Garcia. The other three officers were treated for minor injuries and had been discharged from the hospital, he said.

Omar Soto-Chavira, 22, was injured when he was taken into custody around 11:30 p.m. at a home in Levelland, police Chief Albert Garcia told reporters. The suspect was being transported to a hospital in Lubbock for treatment, Garcia said.

Authorities used robots to enter the home, then deployed gas which drew Soto-Chivara out of the residence, Lubbock County Sheriff Kelly Rowe said at the briefing.

Hockley County Sheriff Ray Scifres had said the suspect had a history of contact with police. He also said Bartlett, leader of the Lubbock County Sheriff's Office's SWAT command, was a nine-year veteran of the department who had served overseas in the U.S. Army.

It was not immediately clear what prompted the man to open fire or to barricade himself in the house. However, the standoff capped a string of events that began at 11:17 a.m. Thursday as a state trooper was conducting a traffic stop, Garcia said.

"During that traffic contact, he had a separate individual that was driving recklessly, and as he reported to us, appeared to be trying to bait him into some type of confrontation," Garcia said.

At 1:12 p.m. Thursday, Levelland police received a report that the complainant's neighbor "was acting strange and was walking around with what appeared to be a large gun," Garcia said. Arriving officers determined the neighbor's pickup truck matched the description that the trooper provided of the vehicle with the apparently provocative driver at the wheel. Garcia said investigators believed the man was alone in the house. Concerned about the report that the man was armed, a police negotiator tried to open talks with the suspect, who was hostile and did not want a discussion, Garcia said. Moments later, the suspect opened the front door to the house and opened fire on the Levelland officers. "We did return fire, but it did not appear that we struck the suspect at that time," the chief said. Backup was called from the Lubbock County Sheriff's Office tactical squad and the Hockley County Sheriff's Office. "It wasn't long thereafter that we had additional shots fired, and we had officers that were injured," Garcia said. The hospital where the Lubbock County deputy died, Covenant Health Levelland, is situated less than a mile from the standoff scene and placed itself on lockdown "to ensure the safety of our patients, caregivers, and visitors" and has deployed additional security officers to the hospital. Media outlets at the scene reported gunfire was ongoing throughout the standoff, and nearby residents were urged to leave their homes. Some who declined to leave were advised to stay at the rear of their houses and stay low, Garcia said. Police, deputies and other emergency crews from throughout the region responded to the incident, along with the Texas Department of Public Safety, the Texas Rangers, the FBI, the Bureau of Alcohol, Tobacco, Firearms and Explosives and other federal agencies, Garcia said. The Rangers would lead the investigation after the standoff concluded. Levelland is the Hockley County seat and a local oil, cotton and cattle center that is home to about 13,500 residents. Lubbock County Judge Curtis Parrish said that county flags would be flown at half-staff to honor Bartlett, the Lubbock Avalanche-Journal reported.