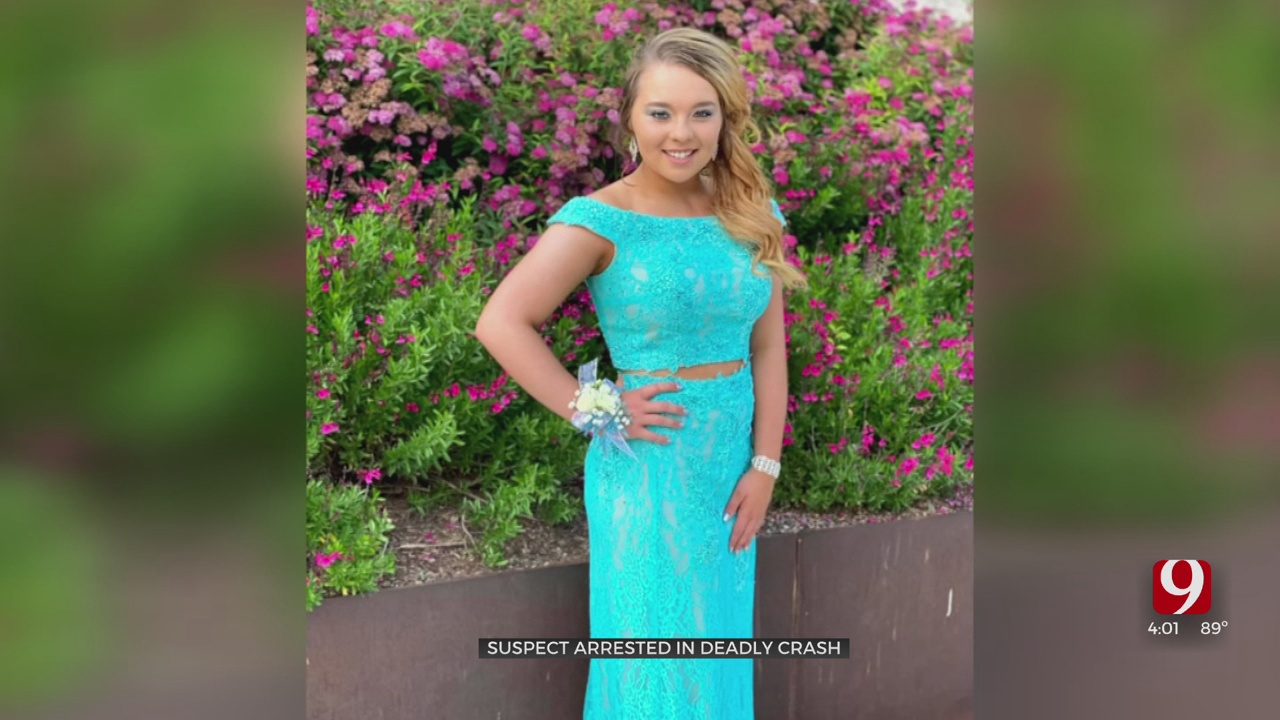 One man is behind bars after allegedly driving under the influence and hitting and killing a 17-year-old in Noble County.

Madicyn Lewis from Morrison died in the crash and three others were badly injured.

Baili Pierce, 23; Lewis, her brother and another teen were all in the car when it was hit.

According to a probable cause affidavit the man who hit them, 24-year-old Paul Forsythe, admitted to taking meth, other drugs and drinking all before driving.

"She had stopped by my house to give me a birthday cake and a present," Pierce's dad Mike Rogers said. "Then she was going back up north."

Rogers said his daughter was heading back home while giving family friends a ride.

The scene of the accident happened near Highway 64 and County Road 180 in Noble County.

According to court documents, witnesses said Forsythe was driving erratically and was trying to pass a car on the two-lane highway.

Both Pierce and Lewis were airlifted to Oklahoma City. Pierce had to undergo multiple surgeries but is still alive.

"His neck was broken," Lewis' mom Devree Shiplett said. "So, we are praying for full recovery and full functions to come back."

"Our family is holding together as strong as we can," Shiptlett said.

Lewis' mom said her daughter was her mini me, but the community has been their rock especially Morrison.

There's an auction and benefit dinner planned for Thursday at the Morrison Event Center.

There are also GoFundMe accounts for the families.

Click here for details of the benefit dinner and auction.

Forsythe was booked into jail on multiple charges including first degree manslaughter. His next court date is July 21.