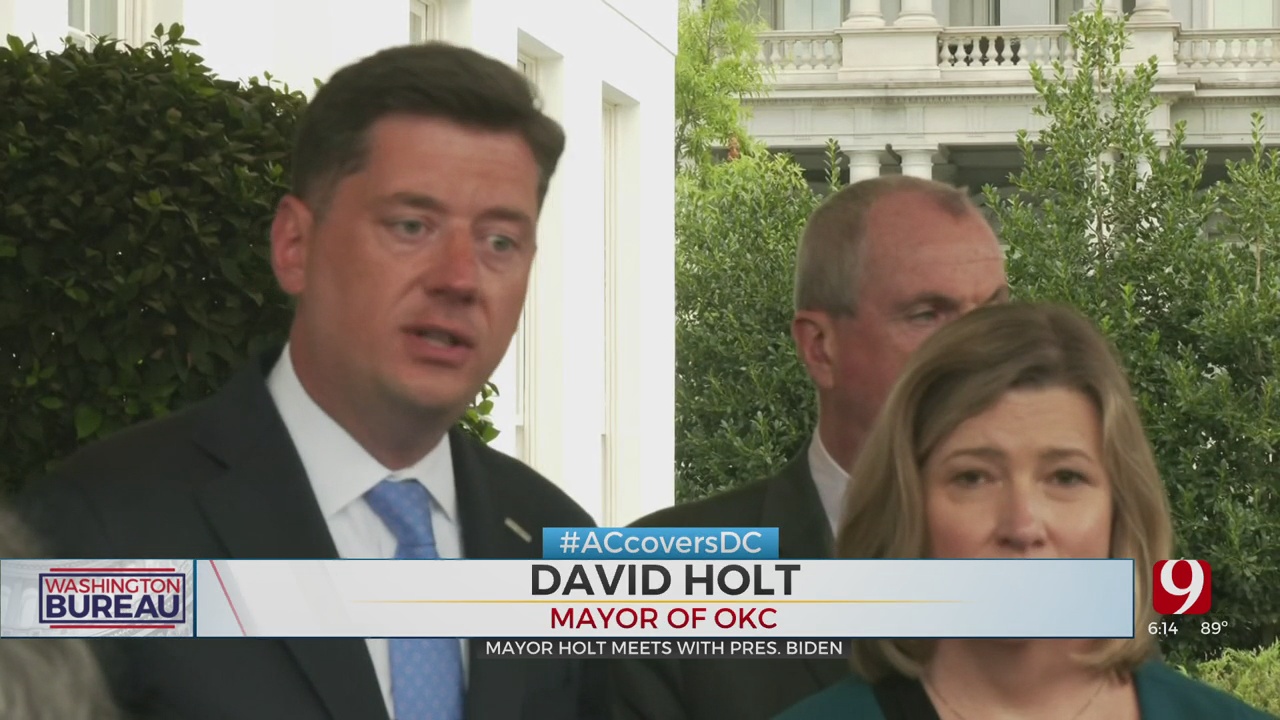 Oklahoma City Mayor David Holt was among a bipartisan group of mayors and governors from across the country who met Wednesday afternoon with President Joe Biden to discuss the $1.2 trillion infrastructure framework the president is supporting.

The meeting took place at the White House and came one day after Holt and close to 400 other mayors sent a letter to leaders in Congress urging passage of the measure.

Dayton, Ohio Mayor Nan Whaley, President of the U.S. Conference of Mayors, said time is the enemy of getting bills passed and expressed hope that won't happen with this infrastructure package.

"I think the president and vice president understand the urgency of this," Mayor Whaley said to reporters following the meeting.

The group of five mayors and three governors said they are optimistic.

"This is an issue that has dragged on for the better part of a decade," Holt said. "But I think we are right on the cusp here."

Although there is a bipartisan framework, details of the plan have yet to be finalized, so there is still significant that has to be done, not only in crafting the actual legislation, but in getting enough Democrats and Republicans on board, especially in the Senate, to guarantee its passage.

In the letter sent to congressional leaders, the nation's mayors said this package "…is crucial to making meaningful progress on one of the most pressing and unifying challenges facing our country – the need for comprehensive investment in public transportation; roads; bridges; passenger and freight rail; drinking water and wastewater…”

In the meeting, Holt said he spoke about his city's need for better passenger rail service and public transit.

"Although we’ve invested in that through multiple MAPS initiatives and through other commitments, we could still use a federal partner," Holt said.

Holt said the meeting was productive, and the president was grateful.

"We are at the tip of the spear, we know the needs when it comes to passenger rail or public transit, roads and bridges, better than anybody," Holt acknowledged. "So, we appreciate [the president's] recognition of that by inviting us here."

Holt made clear, however, that his presence for this meeting should not be construed to mean that he also supports the president’s and Democrats’ plans to finance a package of so-called human infrastructure items.

Given that details of that proposal are still being worked out, he said he does not yet have a position on that.