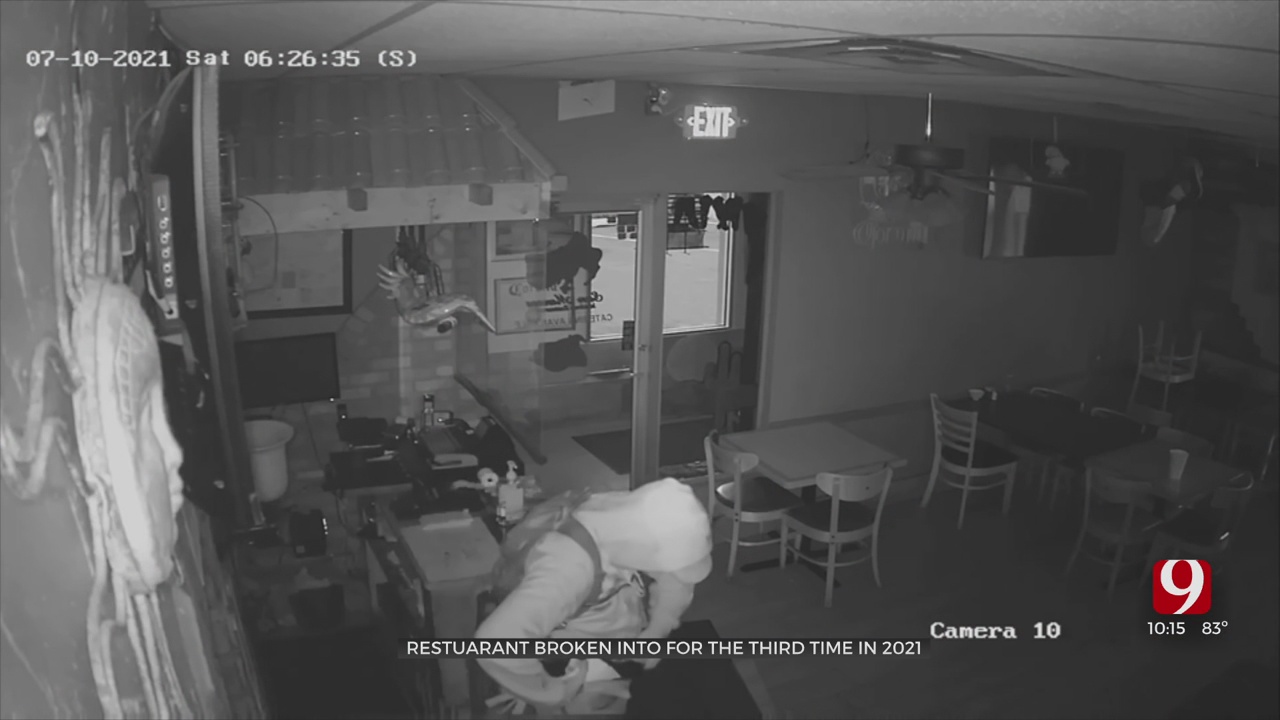 A business was broken into not once, not twice but three times in a year.

“Anytime I get a phone call or text or anything I just expect something now,” said Erik Deloera, the owner of San Marcos Mexican Restaurant.

San Marcos Restaurant located on Southwest 59th Street near Penn has been open since 1994, the owner told News 9 they haven’t had any issues until this year.

“To be that brazen and do it in the daylight, it’s just people that don’t care,” said Deloera.

The security footage showed the man breaking two windows before he walks in the restaurant.

“We get up every day go to work, make an honest living and to see somebody do something like that you know it hurts,” he said.

Video from inside the restaurant showed him stealing checks and trying to sneak away with the cash register. He goes back for a second look before darting out the window.

“Especially when they are just going for money, had he broken in and went to the refrigerator we wouldn’t even be doing a story right now,” said Deloera.

A similar situation from a couple months back has the owner thinking the same person came back for seconds.

Deloera said there isn’t much police can do and he just hopes the trouble ends here.

“What can the police do, you know? Besides maybe keep a look out for the gentlemen that did it,” said the owner.

Deloera told News 9 they spent around $2,000 replacing the window, cash register and cleaning up to reopen.