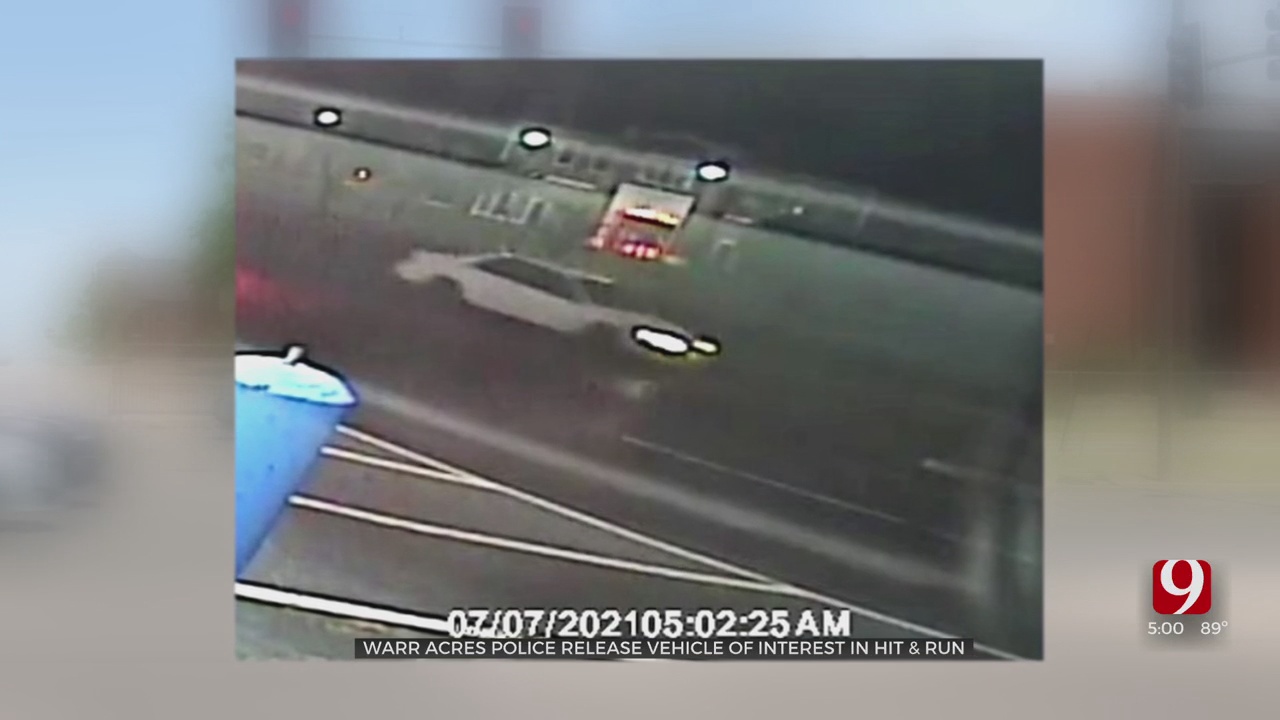 Warr Acres police released the first image of a vehicle that investigators believe could be connected to a metro hit-and-run.

Johnson was on the side of NW 39th Expressway, near N. Grove with lawn care equipment around 5 a.m. when he was hit.

Gray said the car had tinted windows and what looked like darker rims.

Security cameras from a nearby business caught the car as it drove by around the same time Johnson was hit.

"It's going to be a vehicle of interest if you will," said Gray. "Whoever was in the vehicle we would like to talk to them and look at the vehicle."

"Any kind of damage that's on the front of the vehicle. Maybe on the hood. If the windshield has been damaged in some way. Fresh damage," said Gray.

Gray said investigators found evidence from the car responsible at the scene of the crash, and more footage could be released.

"Right now, we're still going over several of the videos that we've seen from several businesses in the area," he said.