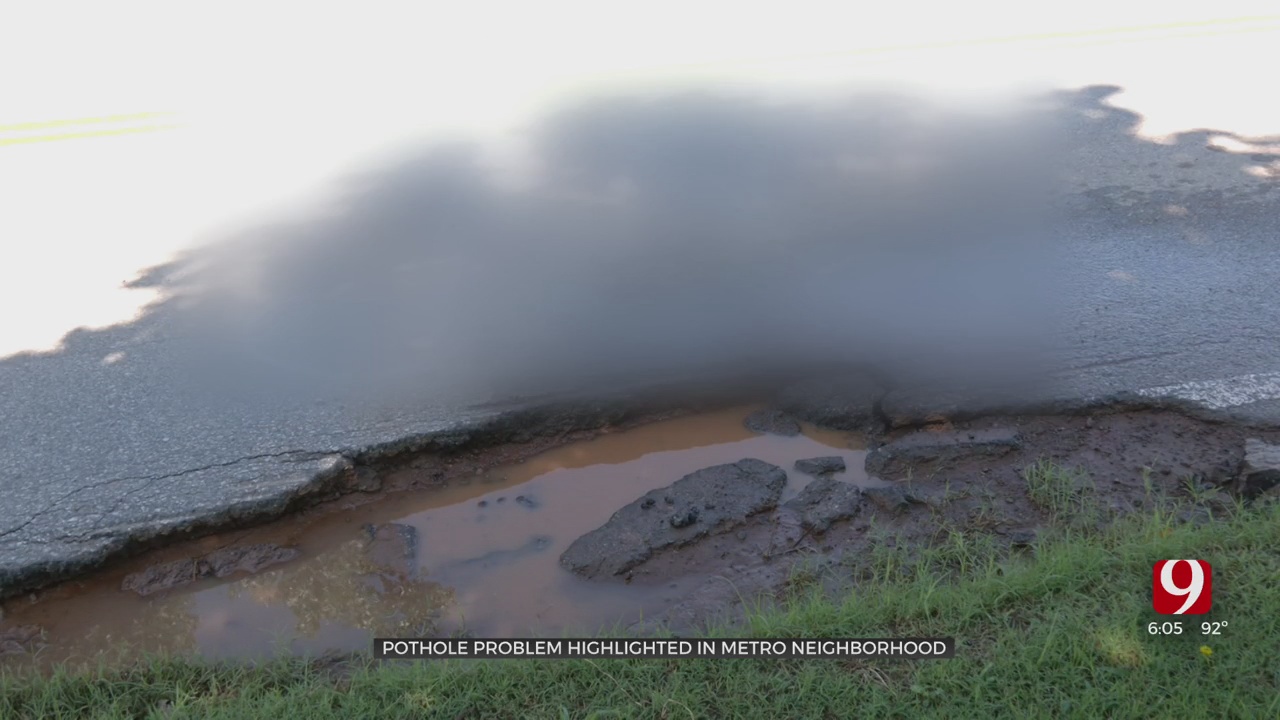 With potholes popping up across metro streets following recent rain, someone took it upon themselves to highlight the issue in a profane way north of Yukon.

A spray-paint image and pothole are near Mustang Rd. and Surrey Hills Blvd.

Resident Mike May said the hole has been long ignored until now.

“(The pothole) has done nothing but screw people, so maybe that’s their little joke,” May said.

Pamela Armstrong said she's lived in Surrey Hills for more than 20 years and the roads have only gone downhill.

“I think all the building that they’re doing to have trucks are ruining the streets,” Armstrong said. “I was going to contact somebody, but I didn’t know who to call.”

“Potholes is a high priority for Oklahoma City,” Wenger said.

Wenger said there are ways to report potholes like contacting the call center at 405-297-2535, emailing action.center@okc.gov and downloading the OKC Connect smartphone app.

“We do ask for their assistance as we report the potholes,” he said. “There are literally thousands of potholes that have popped up with a recent rains, we do not have the ability to inspect every area of the city without citizens' help.”

He said reports triple every time it rains hard.

“We asked for a little bit of patience as we do make the repairs,” Wenger said.