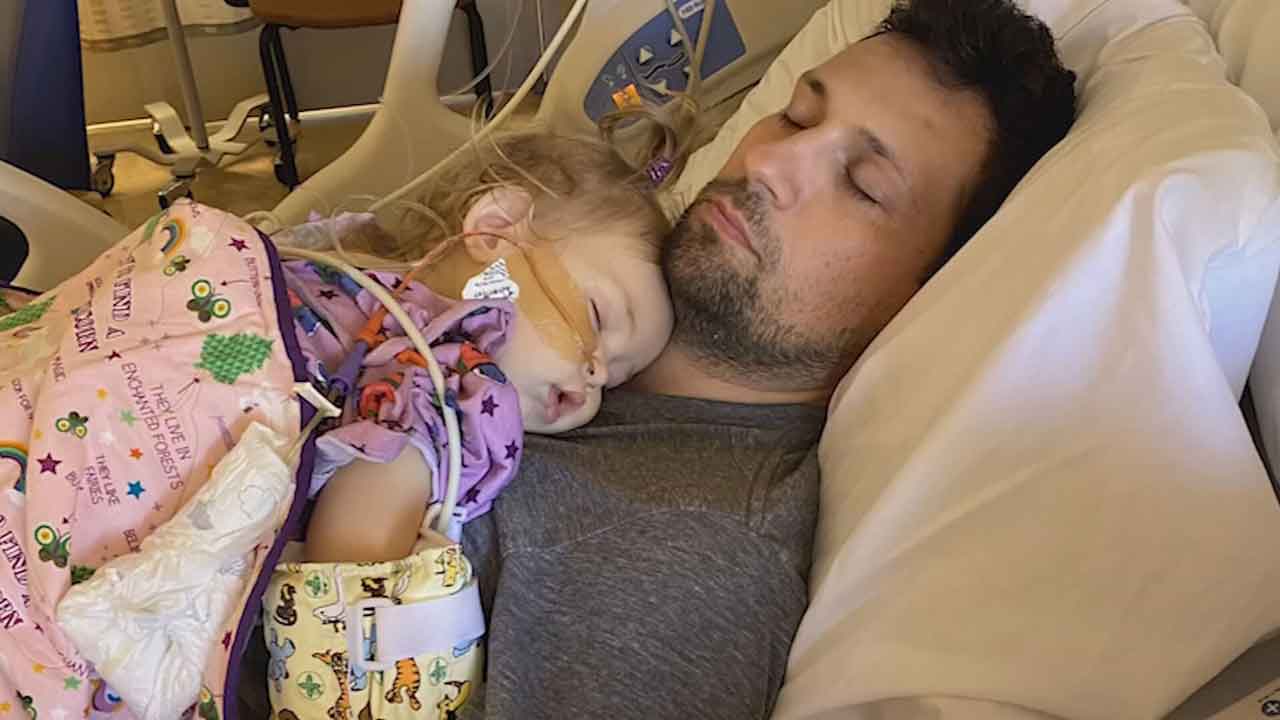 From key fobs, to remotes for toys, lithium batteries are everywhere in our homes, but many parents are not aware just how dangerous they can be for children.

Evie Kientz was just over a year old when her family almost lost her.

Kristin said five months ago, her daughter swallowed a small lithium coin battery - about the size of a nickel - that had fallen out of a toy.

Surgeons were able to remove the battery, but Evie's throat was severely damaged. The batteries can burn through a child's esophagus in as little as two hours and can even be deadly.

“The battery starts discharging electricity, it can cause enough damage that can lead to permanent disability with issues around eating and swallowing,” said Dr. Ben Hoffman with AAP Council on Injury, Violence, and Poison Prevention.

Hoffman said during the pandemic, battery-related injuries among children ages 5 to 9 increased 93%, with most involving ingestions.

The American Academy of Pediatrics and battery maker 'Duracell' have launched a campaign to educate parents. The battery maker is also adding a bitter coating on the batteries to discourage ingesting.

“This is not the only answer, they still need to be stored safely. We still need to make sure that they dispose of them in a place where a child is not going to be able to get them,” said Hoffman.

Evie needs to undergo regular procedures to clear scar tissue from her esophagus.

“As horrific as this has been for us, we’re the happy story in this. She has a long road to healing. But I get to hold her. And I know these parents that are just heartbroken and it’s so tragic because it’s so preventable,” said Kientz.

She hopes other parents get the message.

Parents and caregivers can download the lithium coin battery safety checklist on Duracell.com and HealthyChildren.org.

A Picture Worth A Thousand Words