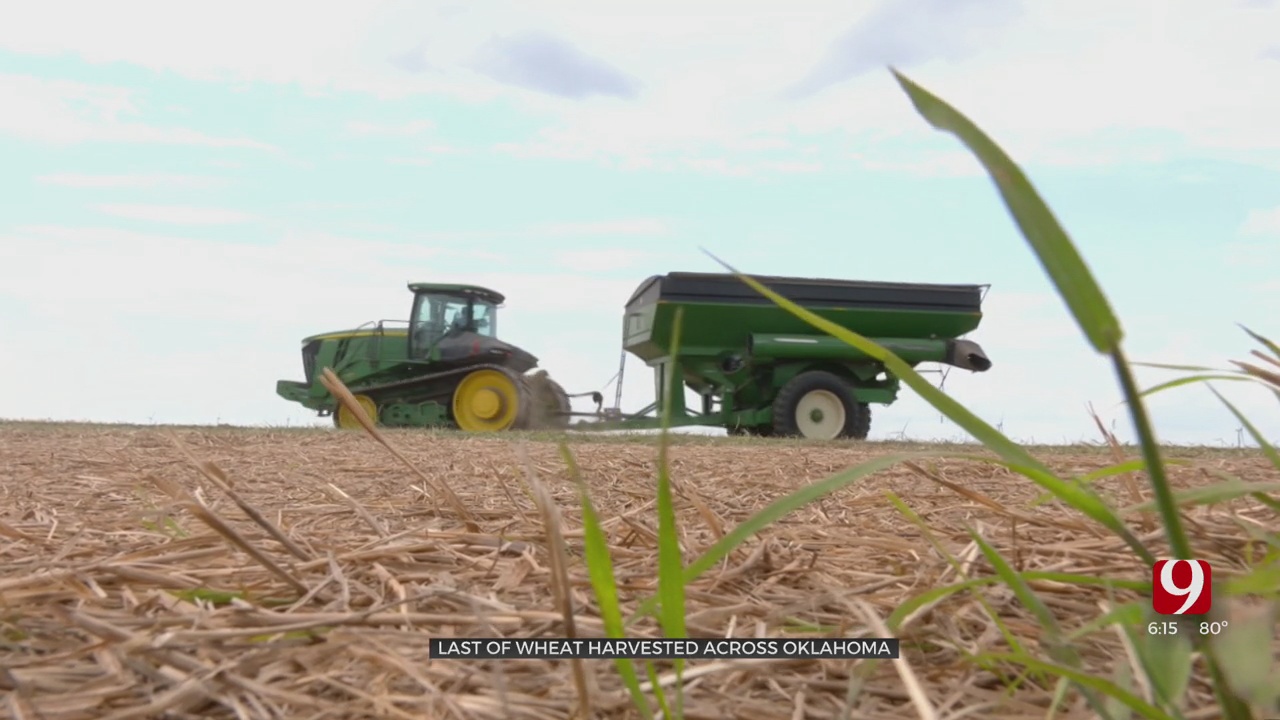 The season's last bushels of wheat are being harvested across northern Oklahoma.

According to the Oklahoma State University extension office, it's been an above average year for farmers who beat last week's rain. They said average yields up about 25%.

“Wheat harvest is an extremely big adrenaline rush,” fifth generation farmer Tyler Schnaithman said in the cab of his combine.

Schnaithman is making a last push to get the remainder of his wheat harvested after rain forced him to leave the wheat out longer than he had hoped.

“As far as the quality of the wheat goes, test weights are down quite a bit due to the rain. I’ve also seen a little bit of sprout damage,” he said.

“We lost quality with this rain but over 90% of the wheat had been harvested so we’re in relatively good shape,” OSU Extension Crop Market Specialist Kim Anderson said.

“The delay in the wet spring was actually good for us,” Anderson said. “It’ll make the farmers more money because they’ll get higher yields, however, once that berry is right, if that berry gets wet, then it damages the quality.”

Schnaithman said he will likely wrap up harvest Thursday.

“It makes a guy feel good to feel like he’s making a difference and helping feed the world all while doing it and working together with your family,” he said.

Despite the late rain, Schnaithman said it’s been a good year.

“Farming can be quite a challenge. Every day’s a new day and there’s a lot of struggles that come with farming just like any business,” he said. “This last 8 or 10% will be a little bit of a challenge, but all in all, I’d call it a good wheat harvest.”