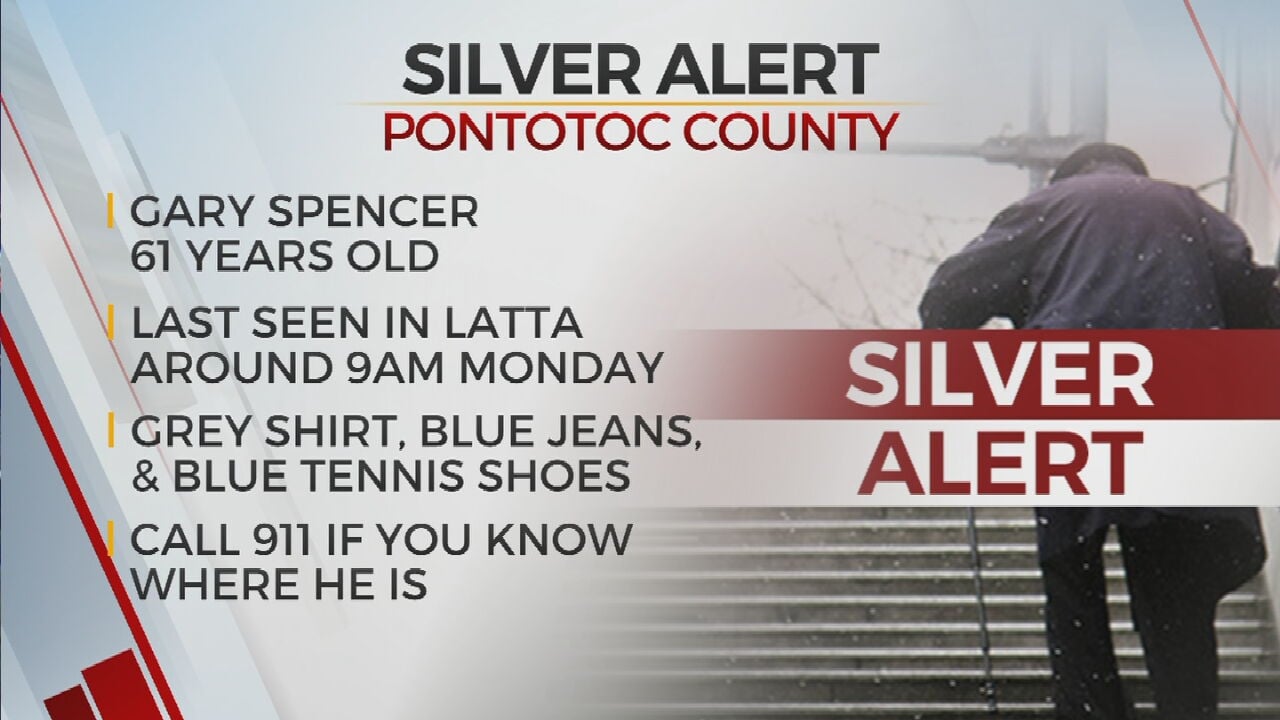 The Pontotoc County Sheriff's Office has issued a silver alert for a missing 61-year-old man who police say has a medical or physical disability and is in immediate danger.

According to police, Gary Spencer was last seen around 9 a.m. on Monday in Latta, Oklahoma, just southwest of Ada.

Police say Spencer is in imminent danger of serious bodily injury or death.

Anyone with information on the whereabouts of Gary Spencer is asked to call police.